Mercedes tech boss James Allison is keeping his cards close to his chest at the outset, refusing to divulge where the Brackley squad has spent its two development tokens for its 2021 car, insisting all will become clear "in good time".

In a bid to help everyone compress costs this year, teams have been forced to carry over their 2020 chassis, while a regulation change has mandated changes to a car's floor, bargeboards and brake ducts.

However, teams were allocated two development tokens to implement changes to their basic 2020 designs. While most outfits have detailed how they have spent their allocation, Mercedes isn't revealing the specific areas or components of its new car on which it focused its token spend.

"What's carried over will be different from team to team, because the rules didn't require you to carry over the same things," Allison explained.

"The only thing we can say with certainty at this stage is that everybody's cars will have significant areas that are the same as their 2020 car but those areas will vary from car to car, depending on how they chose to spend their tokens.

"In addition, there are some parts of the car that you can change token-free, for example the power unit, the cooling systems, the suspension and of course all of the aerodynamic surfaces.

"We have spent our tokens, but we won't reveal how we used them just yet. That'll become clear in good time."

Mercedes will put its new charger on track at Bahrain on March 12 when pre-season testing kicks off. Teams will only have three days to fine-tune their designs ahead of the opening round of the 2021 season at Sakhir on March 28.

Allison is nevertheless confident that no major issues will rise to the surface during testing, thanks in part to teams running the same basic designs as in 2020.

"The fact that many of the systems under the bodywork remain the same will mean that if we're in decent shape, we won't need to spend as much of winter testing accruing mileage as we normally would," Allison said.

"That will buy us more time pursuing performance investigations and learning about the tyres. If we have made a reliable car, we will be fine with three days of testing.

"If we have dropped the ball on one or more the main car systems, then there is a risk that we will be playing catch-up all year." 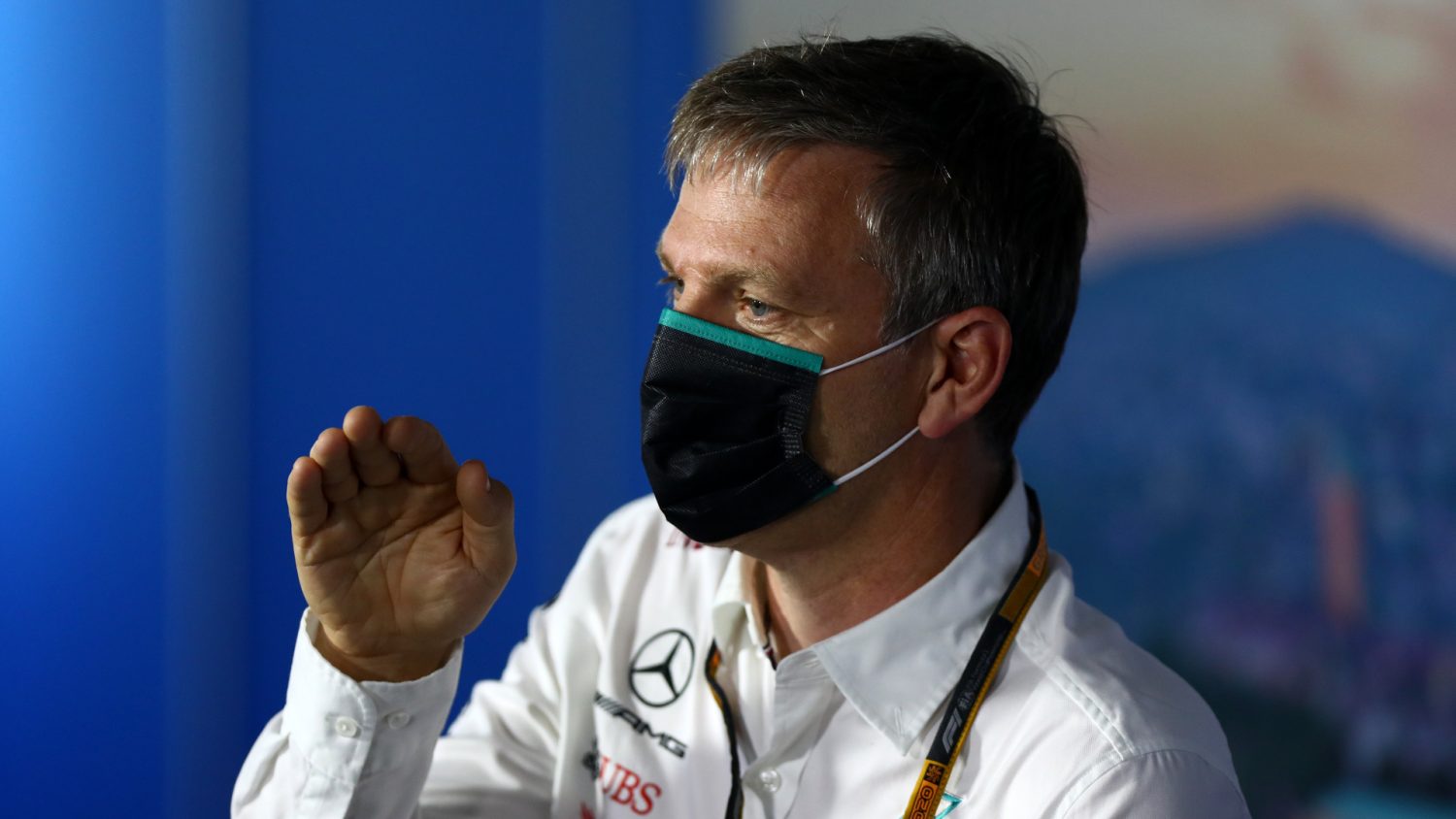 Allison also highlighted the challenge Mercedes will face from the outset this season in terms of progressively switching its focus to its all-new 2022 car.

"We will walk a tightrope all year between doing enough to be competitive in 2021 and putting as much as we dare into 2022," said Allison.

"Managing the bird in the hand and the one in the bush is the eternal challenge of F1 and doing so in the face of both the cost cap and the completely new 2022 technical regulations will be a challenge like no other."