Mercedes has announced that current ABB Formula E front-runner Nyck de Vries has been appointed as one of their test and reserve drivers for 2021.

The 26-year-old Dutch driver currently competes for the manufacturer in the all-electric championship alongside former McLaren driver Stoffel Vandoorne. He took a dominant maiden victory in the opening race of the new season in Diriyah on Friday.

Vandoorne will also continue as test and reserve driver for a second season. De Vries takes over from former Sauber and Haas driver Esteban Gutiérrez, who no longer has a valid F1 superlicence now that four years has elapsed since his final Grand Prix outing.

In a press release, Mercedes stated that it had "a strong reserve driver line-up for the 2021 season, with Stoffel Vandoorne continuing in the role alongside his Mercedes teammate in Formula E, Nyck de Vries."

De Vries clinched the 2019 Formula 2 championship by a comprehensive margin over Nicholas Latifi. But while Latifi gained instant promotion to Formula 1 the following year with Williams, de Vries missed out despite having accrued enough superlicence points in junior series since 2016 to be eligible.

Instead, a season with Mercedes in Formula E led to the team selecting him to take part in the Abu Dhabi rookie test at Yas Marina at the end of 2020, and now to his first formal role in F1 in 2021.

"It's fantastic that he's been able to show what he's capable," Mercedes Formula E team boss Ian James said after Friday's landmark victory. "It was a great performance from Nyck.

"We were able to see what a strong contender he is over the course of last season, and it's great that he's now managed to translate that into his first Formula E win." 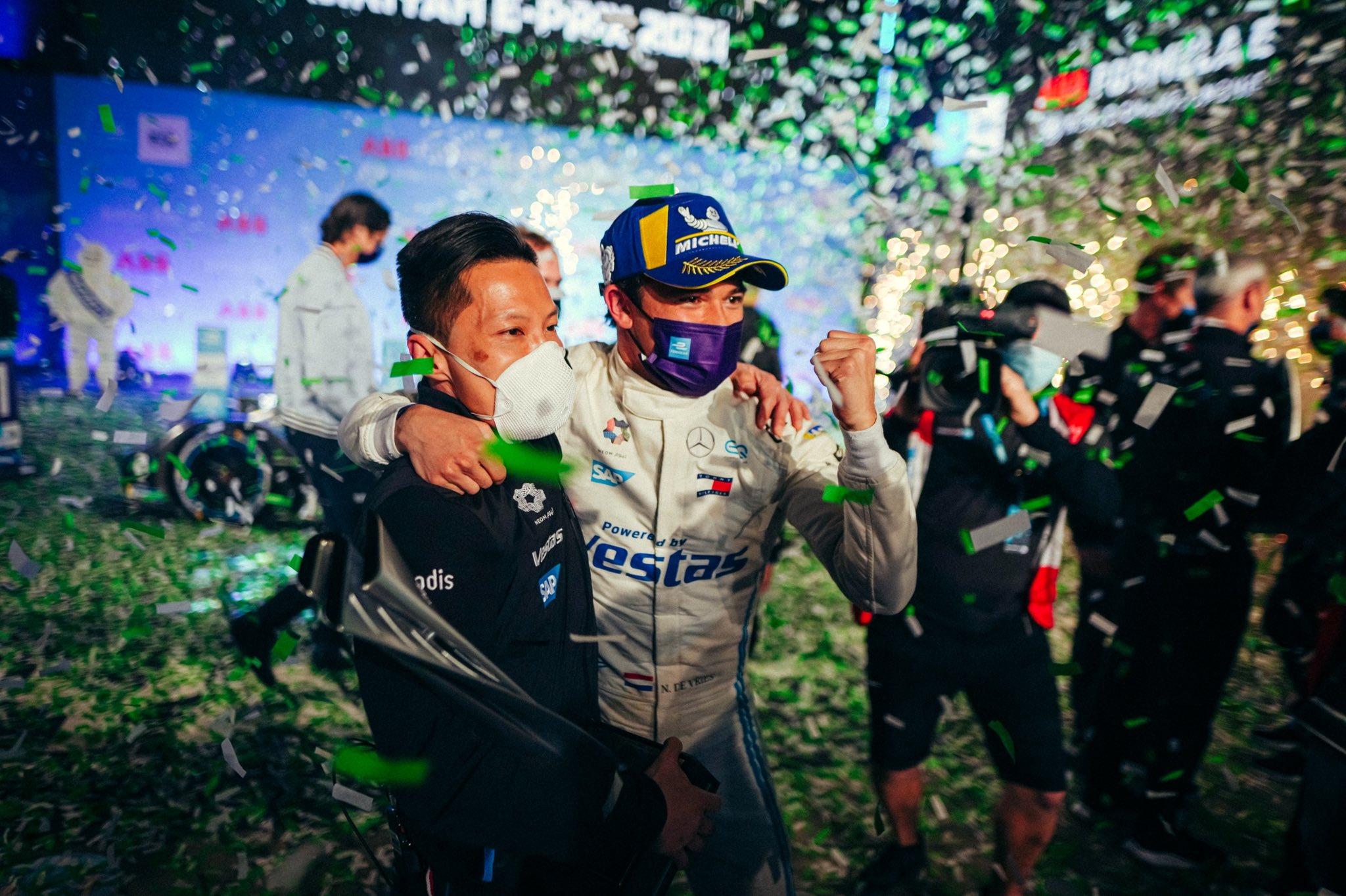 The position of reserve driver has special importance at the moment because of the risk of full-time drivers contracting coronavirus and being ruled out of one or more races.

Racing Point pair Sergio Perez and Lance Stroll both tested positive for coronavirus during 2020. The team uses Mercedes engines and could have called upon the manufacturer to loan out one of its reserve drivers. However it decided instead to call up Nico Hulkenberg at short notice.

Subsequently Lewis Hamilton was also forced to sit out the Sakhir GP. Rather than handing Hamilton's temporarily vacant seat to the available Vandoorne, Mercedes opted to bring in George Russell from Williams who was in turn replaced by Jack Aitken.

Russell is still regarded as one of the leading candidates to replace Hamilton when and if the world champion decided to retire. But the arrival of de Vries in the wings alongside Vandoorne shows that the squad is building up a deep pool of talent that will available when needed.