Max Verstappen has been giving an insight into the behind-the-scenes world of Formula 1, and how it can be a very lonely place at times.

Some of the latest generation of drivers including George Russell, Alex Albon and Lando Norris have forged strong friendships while competing in junior championships that have survived the transition to F1.

But the same doesn't appear to be the case for Verstappen, whose philosophy of seeking to "destroy your teammate!" seems to have taken its toll over the years.

When Verstappen initially arrived at Red Bull in 2016 he got on well with new team mate Daniel Ricciardo. But relations became increasingly strained between the pair and contributed to the Australian's departure to Renault at the end of 2018.

Things are much better between them now that internal team politics no longer play a part, and the pair often share plane on their way to races.

And speaking on the latest Talking Bull podcast, Verstappen nominated the Aussie as the one driver in the paddock that he felt he could turn to if he needed help.

“Daniel Ricciardo for sure," he said. "But I think with Daniel we would probably drown together while he tries to save me!

“There’s not many people I think you can depend on," he admitted. “I think a lot of them would try to drown me ... I think always stick within the team, that’s the safest option." 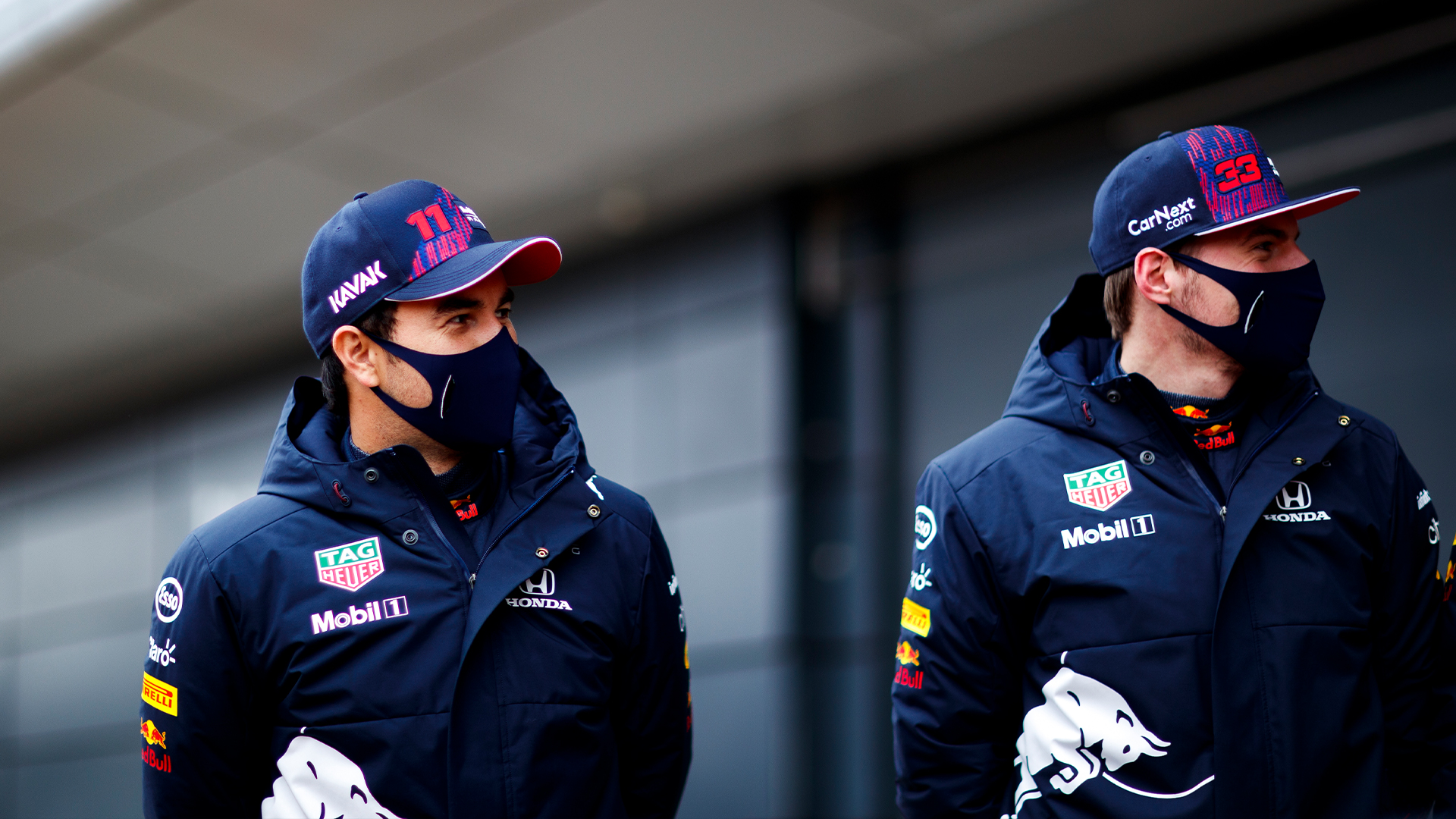 The question had been posed by Sergio Perez, who joins Red Bull this season fresh from a successful stint at Racing Point. The Mexican replaces Alex Albon, who was undone by unfavourable comparisons with Verstappen's consistency.

Perez will now himself be in that same spotlight and the latest team mate for Verstappen to set his sights on. But right now things seem amicable enough between the pair.

“You can call me, I’ll try to save you!" Perez reassured Verstappen on the podcast after asking Max who would to come to his aid if he was ever in danger.

The pair also compared practical jokes they've played on their rivals in the past, with Perez revealing how he managed to wind up his former Force India team mate Nico Hulkenberg.

he said that the German driver "hated my music" and so naturally he had played his music as loud and as often as possible whenever Hulkenberg was around.

Perez pledged not to become Verstappen's latest trophy, but acknowledged that he was up against one of F1's top drivers.

"Max is a great talent," he said after the Red Bull’s film day at Silverstone last week. “You can see that he’s so natural in his talent.

"Technically he’s very strong as well, so we’re just looking forward to getting the car up there and to start fighting to get as many points as possible for the team.”

“Sergio’s been in F1 now a while,” Verstappen responded. “I think he’s proven that he’s a good points scorer ... I just hope as a team, and together with Sergio, we can score a lot of points."