The FIA has completed its investigation into Romain Grosjean's horrific accident in the 2021 Bahrain Grand Prix, and released a report on how the driver escaped what initially appeared to be a non-survivable situation.

Grosjean veered off track at turn 3 at the start of the race, and plunged head-first into the metal barrier. The Haas VF-20 was ripped in half by the impact, spilling fuel across the scene which burst into flames.

Grosjean not only survived the initial impact but remained conscious and able to scramble free from the inferno where he was helped to safety by track workers and the crew of the FIA medical car.

The official investigation carried out interviews with those involved, inspected the physical evidence and conducted an analysis of available video material, and examined data from the car’s accident data recorder and the driver’s ear accelerometers.

It determined that Grosjean’s car had been travelling at 241km/h when he “lost control exiting turn 3, following contact with Daniil Kvyat, when attempting to pass from the left to right-hand side of the track.”

The rear of the car was lifted up, placing it on an “out-of-control trajectory.” It then impacted the triple guardrail barrier at a speed of 192km/h and an angle of 29 degrees, with an estimated yaw of 22 degrees to the direction of travel.

That meant Grosjean suffered a peak force of 67G at the point of impact, considerably greater than the 53G estimated at the time.

The report stated that there had been a “failure of the middle rail of the barrier and significant deformation of the upper and lower rails" which resulted in the car suffering "extensive damage during the impact, including separation of the power train assembly from the survival cell.”

The fuel tank inspection hatch on the left-hand side of the chassis was dislodged, tearing the engine fuel supply connection from the fuel tank ‘safety bladder’ which led to the dramatic fireball. 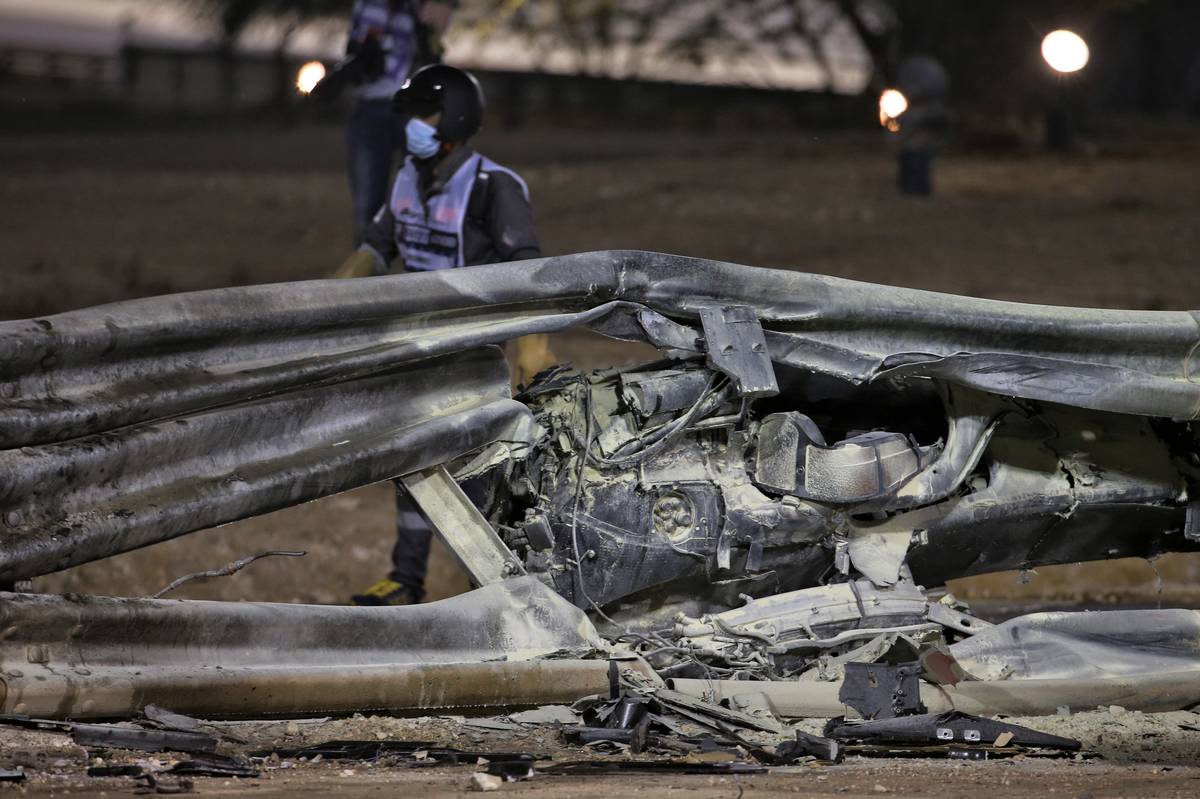 While the ERS battery suffered significant damage in the impact, all the driver safety equipment - including the helmet, HANS device, safety harness, and the survival cell, seat, headrest and Halo - performed according to specifications.

Grosjean’s left foot was initially trapped by the damage to the car. "The driver was able to free his foot by withdrawing it from his racing boot leaving the boot in the entrapped position in the car, and then moved both the dislodged headrest and steering wheel to egress the car

"The resting position of the survival cell, relative to the upper rail of the barrier, significantly restricted the path” of Grosjean's escape, and it took him 27 seconds from the impact to get to safety.

The report commended the actions of the team in the medical car including Dr Ian Roberts and Alan van der Merwe who were on the scene within 11 seconds thanks to “the fact a ‘short cut’ was taken to avoid turn 1, demonstrating both local circuit knowledge and pre-planning."

“Dr Roberts went immediately to the scene of the incident and instructed a marshal to operate the dry powder extinguisher around the cockpit where he identified Romain as trying to make his egress,” the report continued. 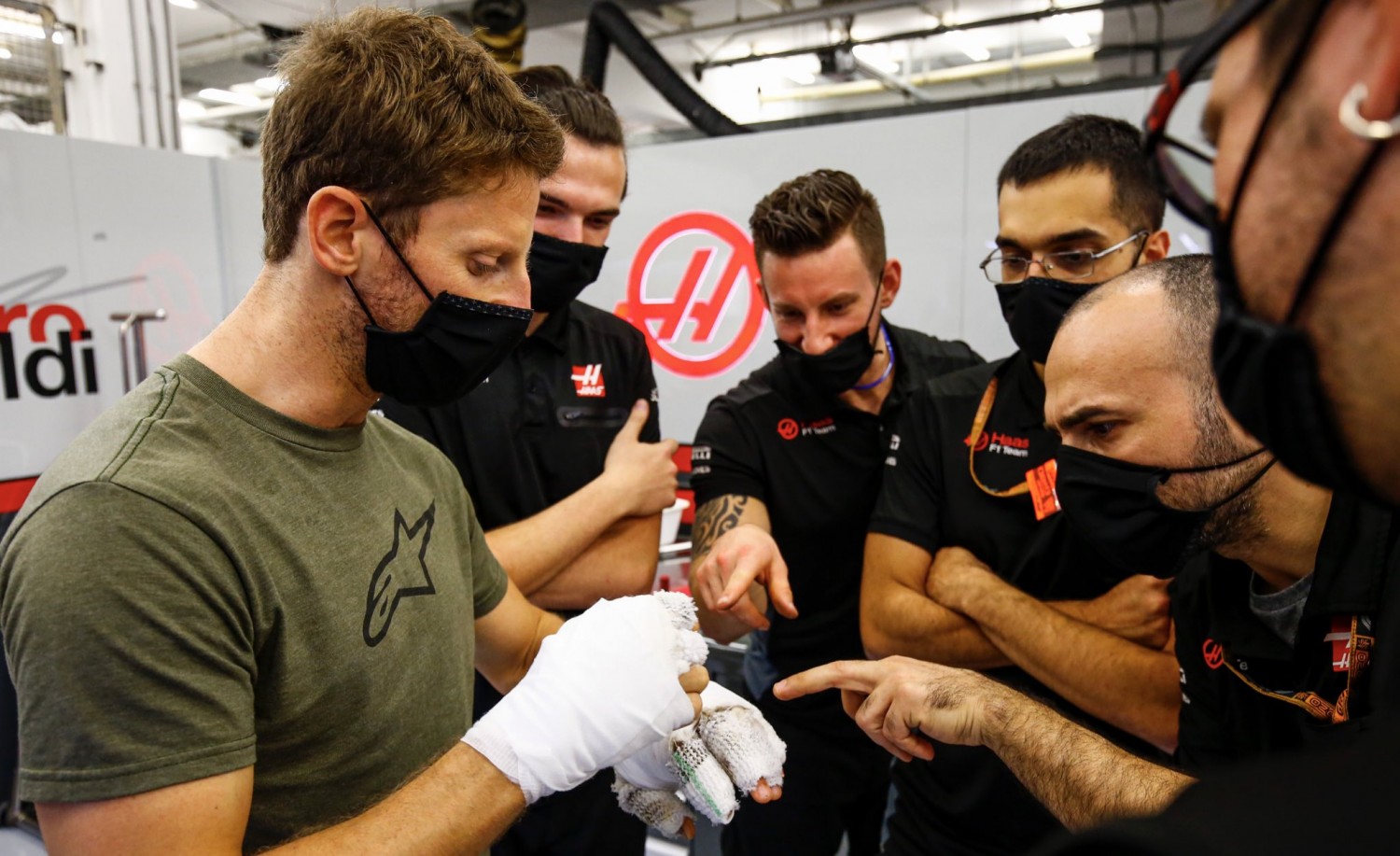 “Van der Merwe retrieved a fire extinguisher from the rear of the Medical Car whilst the local doctor prepared the trauma bag.”

“Incidents involving fire of this scale are thankfully rare," noted FIA safety director Adam Balker. "The efforts of those involved were heroic and have quite rightly been the subject of much praise.”

The investigation was carried out by the FIA’s Safety Department and peer-reviewed by the Serious Accident Study Group led by FIA President Jean Todt.

The findings have been presented to various bodies including the F1 Commission on Friday, with a further presentation due to be made to the F1 Drivers Commission on March 23.

It was one of 19 investigations into incidents in 2020 and includes recommendations for further safety improvements in future such as additional load tests on the survival cell, and a review of the design of safety fuel bladder installations in all single-seater categories.

The FIA will also look into improvements to the Heat Transfer Index on the safety gloves worn by drivers, after Grosjean was left with burns injuries to both hands from which he recuperated over the winter at home in Switzerland.

Options for proximity warning systems and electronic visibility aids will also be investigated, together with upgrades to existing guardrail installations as well as further research into new barrier systems.

“Important learnings have been drawn from these investigations that will drive our continuous mission to improve safety in Formula 1 and global motor sport," said Todt.

"The enduring commitment of the FIA, particularly the Safety Department, on reducing risks associated with motor sport enabled Romain Grosjean to maintain consciousness and survive an accident of this magnitude," he added.

"Safety is and will remain FIA’s top priority.” 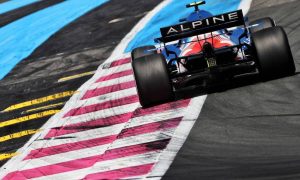