Romain Grosjean says Gene Haas' decision to back out of a potential plan to sponsor the Frenchman's move to IndyCar was "fully understandable".

During the final months of his tenure with Haas in F1, Grosjean sounded out opportunities to head west to America to race in the IndyCar series.

To help his driver open a new chapter in his motorsport career outside of F1, team owner Gene Haas offered to support Grosjean's efforts to find an IndyCar ride.

But the 34-year-old's miraculous escape from his fiery crash in Bahrain incited Haas to reverse his decision to back Grosjean, as the team owner felt the Frenchman would perhaps be tempting fate one time too many in IndyCar's risky high-speed oval environment.

"I don’t know… he has a wife and three kids, and I just told him I couldn’t see giving him money to go out and kill himself," said Haas. "I just felt like he needs to stay home and take care of his family."

However, Grosjean eventually secured a drive in IndyCar, but the Frenchman has been contracted by Dale Coyne Racing to race on the series' road courses and street circuits, and not on its ovals or the Indy 500.

In hindsight, Grosjean has no bad feelings towards his former F1 boss for his decision to pull his sponsorship.

"We definitely had discussions before and after the crash with Haas to sponsor the project," Grosjean told The Race.

"It felt like it could be a great story, racing for Haas in Formula 1 since the beginning, then carrying on and bringing the colour to IndyCar.

"Obviously they decided otherwise. I guess they had their reason and their choice. Fully understandable." 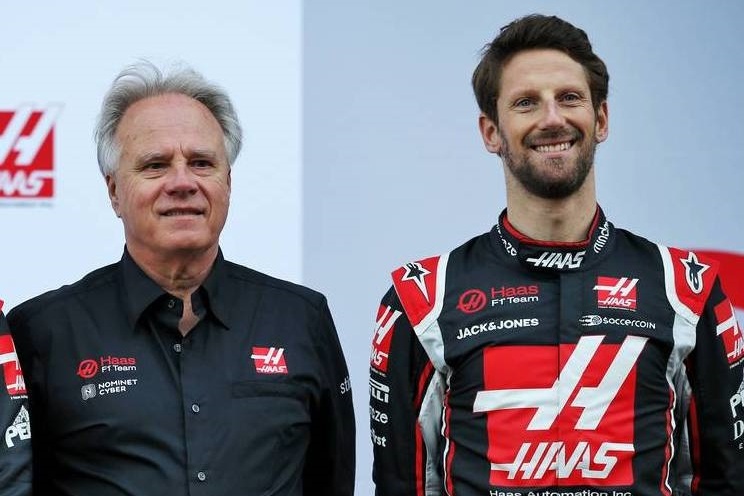 Dale Coyne Racing has recruited Haas reserve Pietro Fittipaldi - who stood in for Grosjean at the US outfit in the remaining two races of the 2020 F1 season - to steer the team's #51 entry at oval events.

However, following his two IndyCar tests conducted with DCR at Barber Motorsport park and at Laguna Seca, Grosjean is considering the possibility of tackling at least one oval race this year.

"We haven’t really talked about it yet," he said. "I think there are high chances that I would like to do it. But let’s see how the first races go, then we can assess."

Alpine boss insists Alonso and Ocon on an equal footing