Red Bull's new signing Sergio Perez topped the timesheets at the end of the Sunday morning session on the final day of pre-season testing at the Bahrain International Circuit.

The only other driver to dip below the 91-second mark so far today was AlphaTauri's Pierre Gasly. Alpine's Estaban Ocon was fifth fastest ahead of Mick Schumacher, Valtteri Bottas, George Russell, Kimi Raikkonen and Lance Stroll.

The morning session had been kicked off by Kimi Raikkonen, whose Alfa Romeo came out on track bedecked with an impressive plumage of aero-rakes. He was soon joined on track by Perez, Leclerc and Ocon, with George Russell also wasting no time getting his hands on the Williams FW43B for the first time.

Leclerc set the initial benchmark with a time of 1:32.959s.but this was soon bettered by Haas rookie Mick Schumacher posting a time of 1:32.803s. Leclerc responded by cutting more than two seconds off the top time with his next run to put Ferrari back on top just 20 minutes into the session.

After that the session continued largely without incident, although Russell took to the run-off as the result of a touch of oversteer at turn four just after the hour and a half mark, but with no lasting ill-effects. 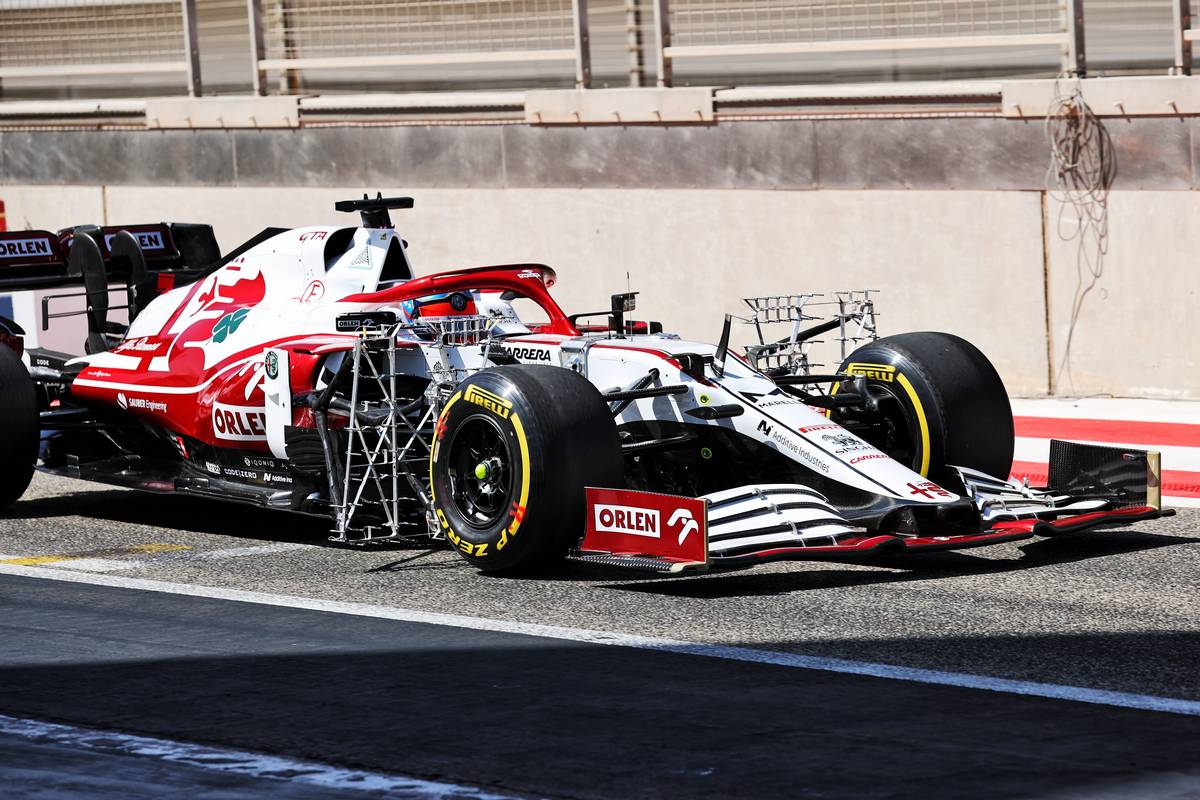 Leclerc's time stood at the top of the timesheets until Perez put Red Bull at the top with a confident lap of !:30.309s just over halfway through the session. He subsequently improved on this, and by the end of the session he was a tenth quicker than the fastest lap set yesterday by Mercedes' Valtteri Bottas.

The Finn was himself enjoying a trouble-free run with a solid tally of 86 completed laps. Aston Martin were also having a better run after yesterday's gearbox issue with Stroll completing 80 laps, while Raikkonen notched up the most distance of anyone with 91 laps using the latest Ferrari engine upgrade.

The session ended five minutes early with a red flag in order for race officials to test systems and to allow teams to carry out practice starts before the lunch break.

Testing resumes at 12 noon GMT for the final four-hour session.

Daniel Ricciardo will take over from Lando Norris at McLaren, and Sebastian Vettel will be installed in the Ferrari. Also getting their chance at the wheel will be Nikita Mazepin, Fernando Alonso, Yuki Tsunoda, Max Verstappen, Carlos Sainz and Lewis Hamilton.

Leclerc: Not having team leader at Ferrari is 'good'