Max Verstappen capped a successful final day of pre-season testing at Bahrain for Red Bull after Sergio Perez had been quickest before lunch, while rookie driver Yuki Tsunoda was an impressive second on the timesheets for the sister AlphaTauri team.

Verstappen's best time of 1:28.960s meant that less than a tenth of a second separated the pair after an entertaining afternoon in which they traded the top spot back and forth. Also firmly in the mix were Ferrari's Carlos Sainz and Alfa Romeo's Kimi Raikkonen.

It was another subdued day for Mercedes, although Lewis Hamilton ended Sunday in fifth place despite being the last man to make an appearance out on track. But his team mate Valtteri Bottas had been only 16th fastest in the morning, leaving him ahead of Aston Martin pair Sebastian Vettel and Lance Stroll who were slowest of anyone and Vettel ending his day early with a turbo power issue.

Having been on the sidelines for the morning session, it was Vettel and McLaren's Daniel Ricciardo who were quick to get out on track and stretch their legs when the track went green again after the break. They were joined by Alfa Romeo's Kimi Raikkonen, who was well on his way to notching up a total of 166 laps with only Williams' George Russell coming close on 158.

Fernando Alonso's first outing of the day having relieved Esteban Ocon in the Alpine clocked in at 1:32.953s. It was good enough for ninth on the day's times at that stage but was quickly bettered by Haas' Nikita Mazepin, who had taken over from Mick Schumacher during the intermission.

Verstappen and Sainz also posted their first times of the day after replacing their respective team mates over the break. Last man to make an appearance was Lewis Hamilton, who took his time to come out to play although the team insisted that the delay had not been down to any problems. 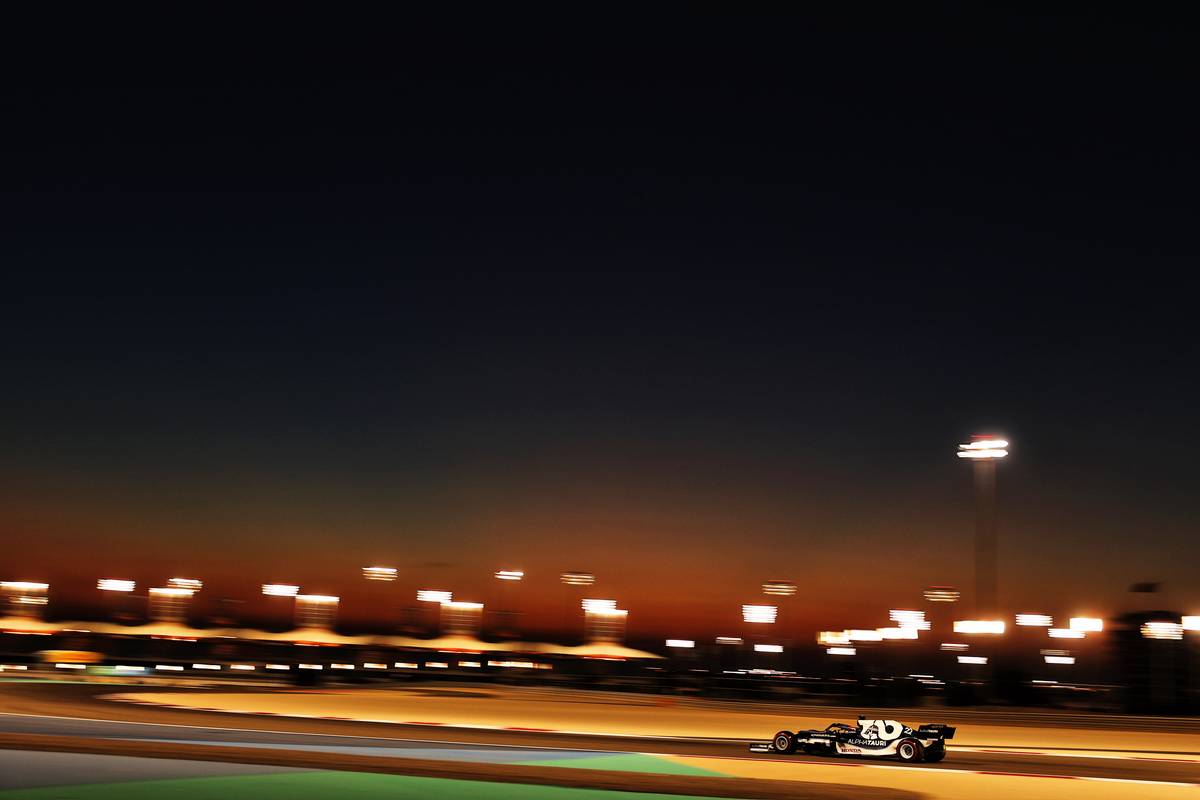 AlphaTauri rookie Yuki Tsunoda had a dramatic moment at the 80 minute mark when he spun at turn 6/7 and almost took Raikkonen out in the process. He was able to continue after a stop for fresh tyres, and went on to indulge in some on-track sparring with Russell. A successful final hour saw Tsunoda briefly go top with a time of 1:29.777s which was soon bested by Raikkonen and then Verstappen, but the Japanese driver pressed on and he reclaimed the top spot again with a time of 1:29.671s with 45 minutes to go.

A late switch to the softest compound on offer saw Hamilton insert himself into the top five, moments before Verstappen went a full second faster than the Mercedes to reclaim the top spot from Tsunoda by a tenth. There were also strong finishes from Sainz (up to third place) and Russell (moving into sixth ahead of Ricciardo) before the final minutes of the session were turned over to practice pit stops.

The next time the cars will be in action again will be in Free Practice 1 for the Bahrain Grand Prix on Friday, March 26.