Ferrari boss Mattia Binotto said he was happy to "finally" be able to rely on both his drivers to score points in Bahrain, a comment that appeared as a veiled dig at former Scuderia driver Sebastian Vettel.

Both Charles Leclerc and Carlos Sainz concluded Sunday's season opening round at Sakhir among the top ten, a feat achieved only five times in 2020 by Ferrari, a year marked by Vettel's significant under-performance relative to Leclerc.

The Monegasque came home sixth in Sunday's race while Sainz's debut with the Italian outfit resulted in a solid drive to P8.

"I’m really happy with the drivers, I’m happy to be able to count on both of them finally," said Binotto whose emphasis on the word "finally" would have likely left Vettel unimpressed.

Vettel who, we'll remind Binotto, recently refused to be drawn into comparing his new Mercedes engine with last year's down-on-power Ferrari unit, insisting such a comparison would not be fair to the two manufacturers.

"Carlos did a very good job with the pace," Binotto added. "And then the motivation is important, the wish to grow as a team and not only with the drivers. 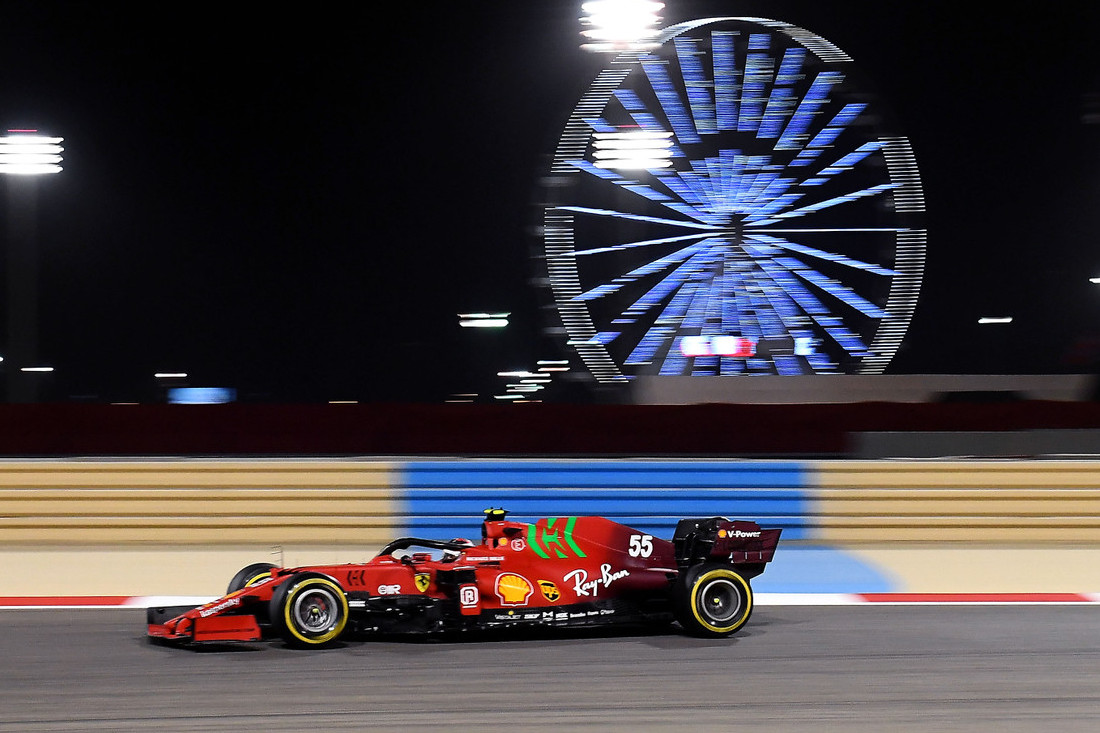 “Today was just the first race, they will understand where to improve.

"In this season we will not develop the car a lot, because we’re already focused on 2022. We will bring some upgrades, but it’s important that they work and they lead the car in the right direction."

"We chose Carlos because we knew that he is strong during the race, he proved that today," he told Sky Italia.

"He’s gaining confidence with the car, he’s settling in with the team very well, he’s working very well with Charles.

"Charles yesterday after the qualifying thanked Carlos for pushing him to do the best possible lap. So, I’m happy with both of them.

"Knowing that we can count on both of them is really important. The most important thing is to be motivated to keep growing."

"Our opponents today are not Carlos for Charles and Charles for Carlos, but the cars ahead of us.

"The day when we will be ahead of all the other teams, our drivers will be allowed to fight also with each other."

Speaking of Ferrari's rivals, Binotto made clear that work remains to be done for the Scuderia to compete with those ahead of it in Bahrain.

"If we look at the best cars ahead of us, we see that we have to keep improving," said the Swiss. "We will learn from today and we will analyse the data.

Brawn encouraged to see 'nothing between Mercedes and Red Bull'