F1 world champion Damon Hill says Lando Norris will have done a "fantastic job" this season if he "can take a few nicks" off the reputation of his McLaren teammate Daniel Ricciardo.

McLaren's new recruit outpaced Norris in qualifying in Bahrain last weekend, but the Briton clearly had the last word on race day when he beat Ricciardo to the checkered flag as he finished an impressive fourth in F1's opening round at Sakhir, three spots ahead of the Honey Badger.

Hill reckons a mischievous Norris will likely rub in the defeat at the next race at Imola, but the former Williams driver believes the inner-team rivalry will be good for McLaren. 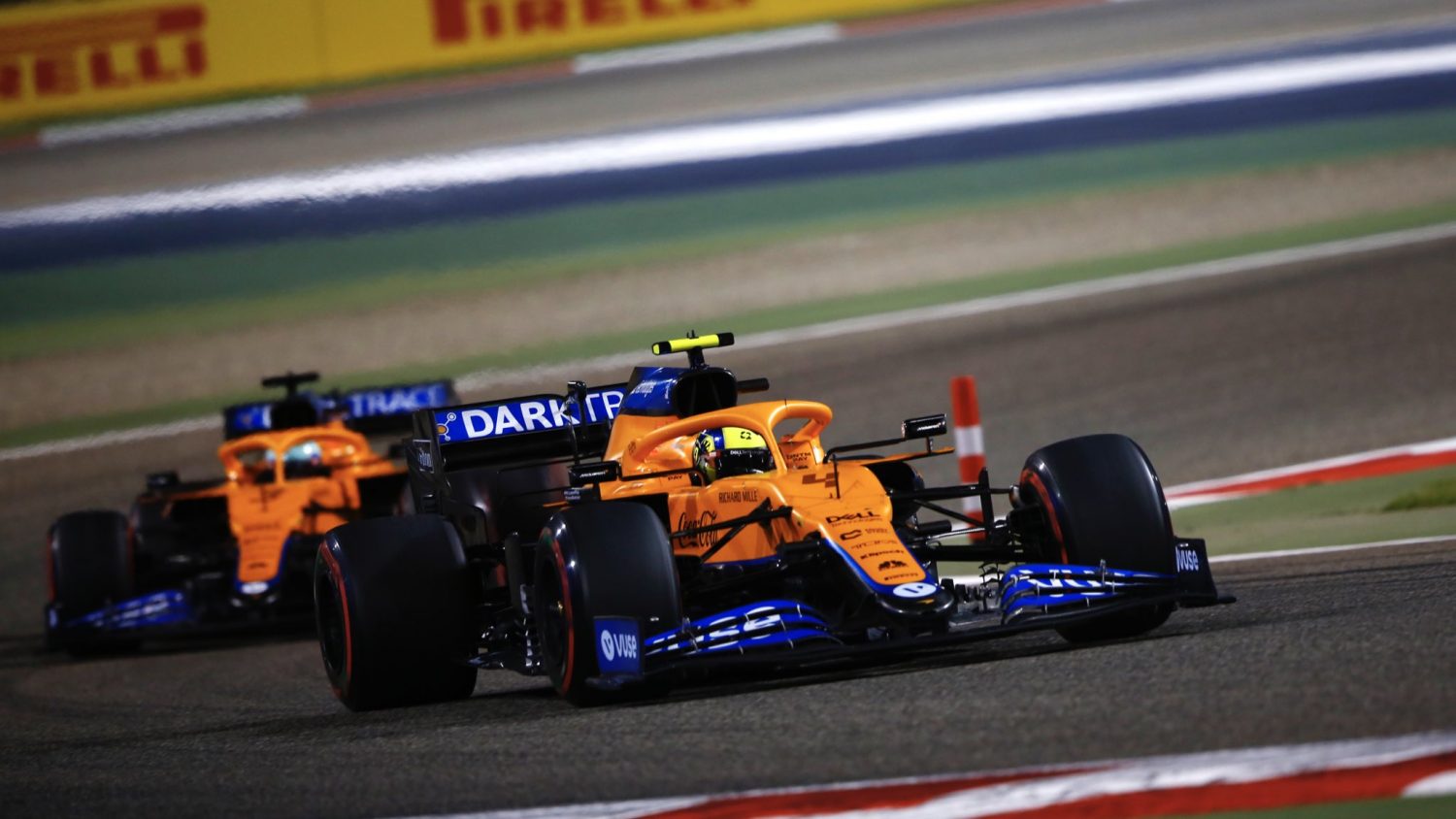 "The next time they go to a meeting or pre-race briefing Lando will just go, 'Yeah we beat you in the last race didn't I?'" Hill said on the latest F1 Nation Podcast.

"He's got that in the bank, that's a great start for that relationship because I mean there's no way that Daniel Ricciardo is going to be walked over by Lando Norris. It's going to be tight between the two of them.

"If Lando Norris can take even a few nicks off of Daniel Ricciardo's reputation then he'll have done a fantastic job because he's new to the sport.

"Ricciardo is not new to the sport, he's a very experienced feisty driver, with race wins under his belt so not a pushover by any stretch of the imagination."

After last Sunday's curtain raiser in Bahrain, McLaren F1 boss Andreas Seidl was obviously delighted with his team's double points finish in Bahrain, insisting his drivers had fulfilled the papaya squad's aim of fielding a line-up that can extract the most from its package.

"That’s obviously the target in terms of driver line-up -- to have two top guys that are always able to get the maximum out of the car and out of a race weekend, to score good points," said Seidl. "

That was a good strength of our team the last two years.

That was one key element of scoring these good positions in the constructors’ championship and we obviously wanted to make sure we keep going in that direction with our driver line-up.

"I am very happy that we have Lando and Daniel onboard. I think we have already seen (in Bahrain) - I am absolutely convinced that we can continue this."

Webber: Hamilton on 'the home straight' but still has 'more in him'