Ed Carpenter Racing's Rinus Veekay crashed heavily on the opening day of IndyCar's two-day test at the Indianapolis Motor Speedway, and the Dutchman was lucky to escape the wreck unscathed save for a broken finger.

IndyCar kicked off on Thursday its preparations for the 105th running of the Indy 500, with 32 teams and drivers taking part in the two-day Open Test at the Speedway.

It was a painful if not downright terrifying start for Rinus Veekay however who lost it in the middle of Turn 1 when the Ed Carpenter Racing Dallara's front left wheel dipped below the white line and onto the grass.

Veekay's car then spun and flew off at a tangent but fortunately did not hit the wall head-on. Still, the impact was massive, but the 20-year-old was able to extricate himself from the wreck and walk away.

He was nevertheless taken to the Speedway's medical center from where he was later released after being diagnosed with nothing more than a broken finger.

Note to self: don’t post on social media you’re ready for the season with testing still to go. Nasty wind from the side swept me into the wall. Broken finger, but good to go again. Sorry to the team, these days were meant to get as many laps and I’m gutted we can’t do that now... pic.twitter.com/MnLZ81uAFH

I'm ok, a little beat up, but I'm alright, I can drive again," Rinus told the media.

"I want to say sorry to the team, I wanted to do as many laps as possible. Very very unfortunate, and I'm very sorry but it was a very weird moment.

"It felt good on entry, but the front dipped down and I lost it. Once that happens, you're a passenger." 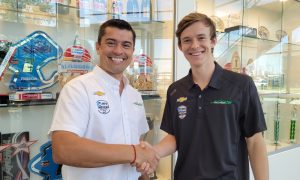 Grosjean reportedly signs up with Andretti Autosport for 2022 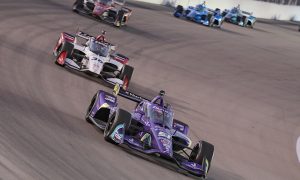