The session was disrupted in its second half following a contact between Alpine's Esteban Ocon and Red Bull's Sergio Perez.

Ferrari's Charles Leclerc and Carlos Sainz provided a good start to the Scuderia's weekend with both drivers clocking in among the top six and split by AlphaTauri's Pierre Gasly.

Air temperature around the Imola circuit was a cool 11.2 degrees C, but fortunately with no rain in sight.

This year's shortened practice sessions are encouraging teams to get to work straight away rather than devote the first thirty minutes of running to evaluating aero correlation with the help of the ubiquitous cheese grater aero rakes mounted on the cars.

A few streaks of flow viz paint were nevertheless visible on the body work of a few cars. Otherwise, it was down to business in short order, with Alpine's Esteban Ocon the first to put a proper time on the board.

Save for an off-track excursion by Haas rookie Nikita Mazespin - sorry, Mazepin - and a brief passage through the gravel trap for Yuki Tsunoda, the first half of the session was drama-free, with Gasly setting the first benchmark at 1m17.470s. 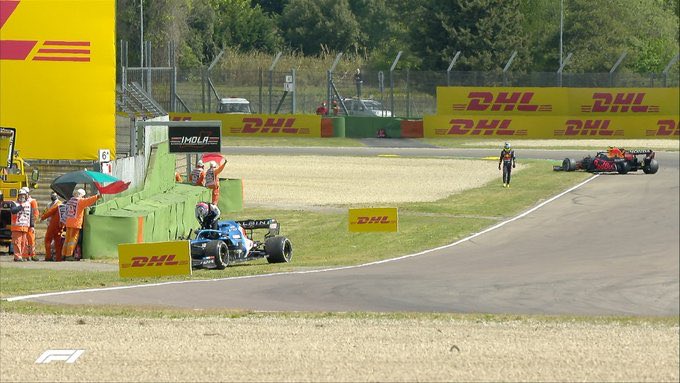 Amid the cool conditions, drivers appeared to be pushing to generate heat in their tyres, which caught out hard-tyre shod Verstappen at Tamburello, although with no consequence for the Dutchman.

Up front, Valtteri Bottas overhauled Gasly, but the Finn's reign was short-lived as Sainz and Verstappen took command. But a red flag 'Session Stopped' notice popped up on the screens as well as a view of Ocon and Sergio Perez stranded on the side of the track near the Villeneuve chicane.

Strangely, no onboards or clear footage of the incident were available - due apparently to a communications breakdown at Imola - leaving one to speculate that the two drivers had made contact, with the Red Bull coming off worse with a damaged left-rear corner. 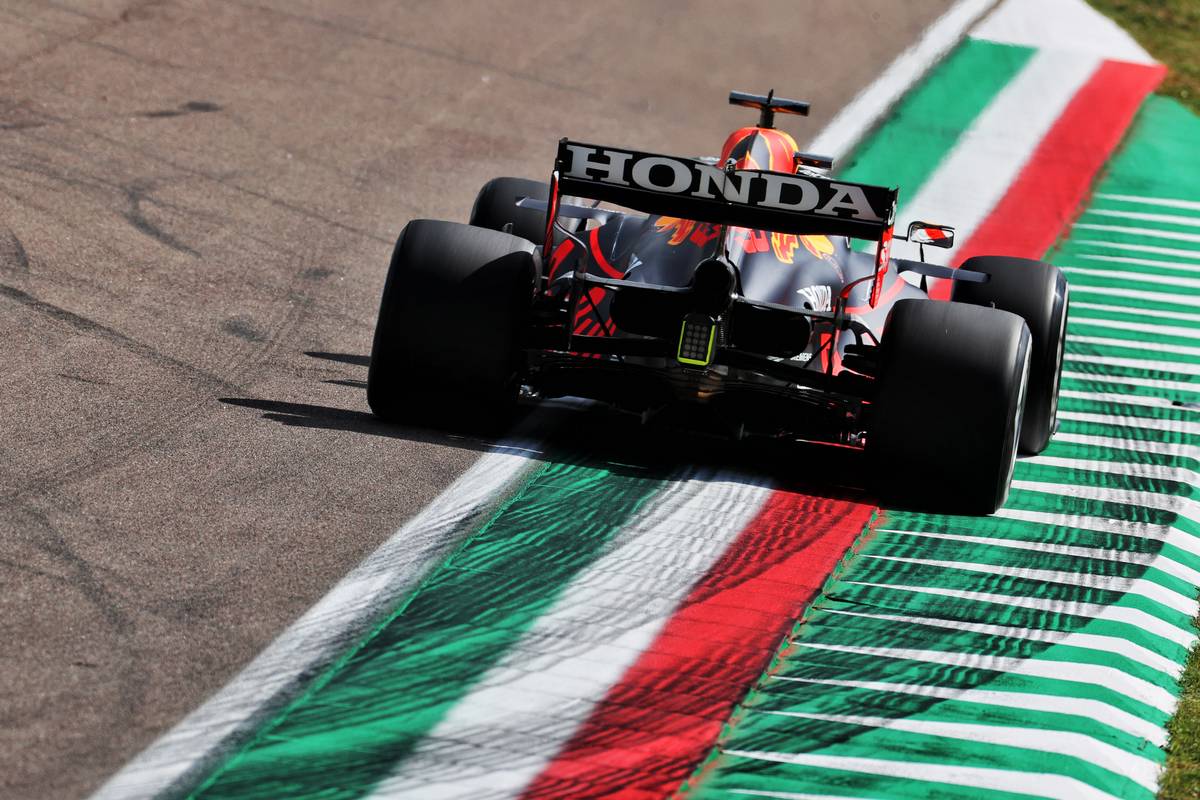 The session resumed with under 15 minutes left on the clock and Sainz lost no time improving his best time. But Hamilton was quick to get up to speed and lower the benchmark to 1m16.892s, while Leclerc slot in behind, 0.017s adrift, confirming the red cars' early form.

However, Verstappen then shaved a few tenths off Hamilton's best, but in the final minutes both the Briton and Bottas relegated the Dutchman to third, with the Finn thus concluding FP1 at the top of the time sheet.

Behind the leading trio, Leclerc, Gasly and Sainz rounded off the top six while Fernando Alonso, Lance Stroll, a surprising Nicholas Latifi and Daniel Ricciardo closed out the top ten and were the fastest runners of their respective teams.