AlphaTauri was firmly in the mix when it came to Friday's practice sessions at Imola ahead of Sunday's Emilia Romagna Grand Prix.

Pierre Gasly was fifth fastest in the morning, and improved to third quickest in the afternoon behind the two Mercedes drivers. He was just 0.078s off the pace of fastest man Valtteri Bottas at the end of the one-hour session.

“I think this has been one of our best Fridays as a team, P5 this morning and P3 this afternoon," Gasly said afterwards. "And I was so close to the top guys!

"I’ve felt good in the car since the first lap and I managed to push pretty hard, as well as drive the way I wanted, so I think it’s been a successful day.

"We focused on short runs initially with the soft compound tyres, which looked strong pace wise, and then completed some high-fuel laps in preparation for the race on Sunday.

"We’ve continued to work hard to improve against our main rivals in the midfield and I think, so far, we’ve shown that the pace is good," added Gasly, who won last year's Italian GP at Monza.

"We’ll analyse the data that we’ve collected again tonight and hopefully we can find a little bit more again in Qualifying tomorrow.”

"It’s looking positive so far this weekend," commented chief race engineer Jonathan Eddolls. "The performance over the shorter runs is there and we’ve now got to work with the data tonight to ensure that the pace is there for qualifying."

Gasly's new rookie team mate Yuki Tsunoda had a somewhat more troubled time, while still demonstrating the raw speed and potential of the AT02. 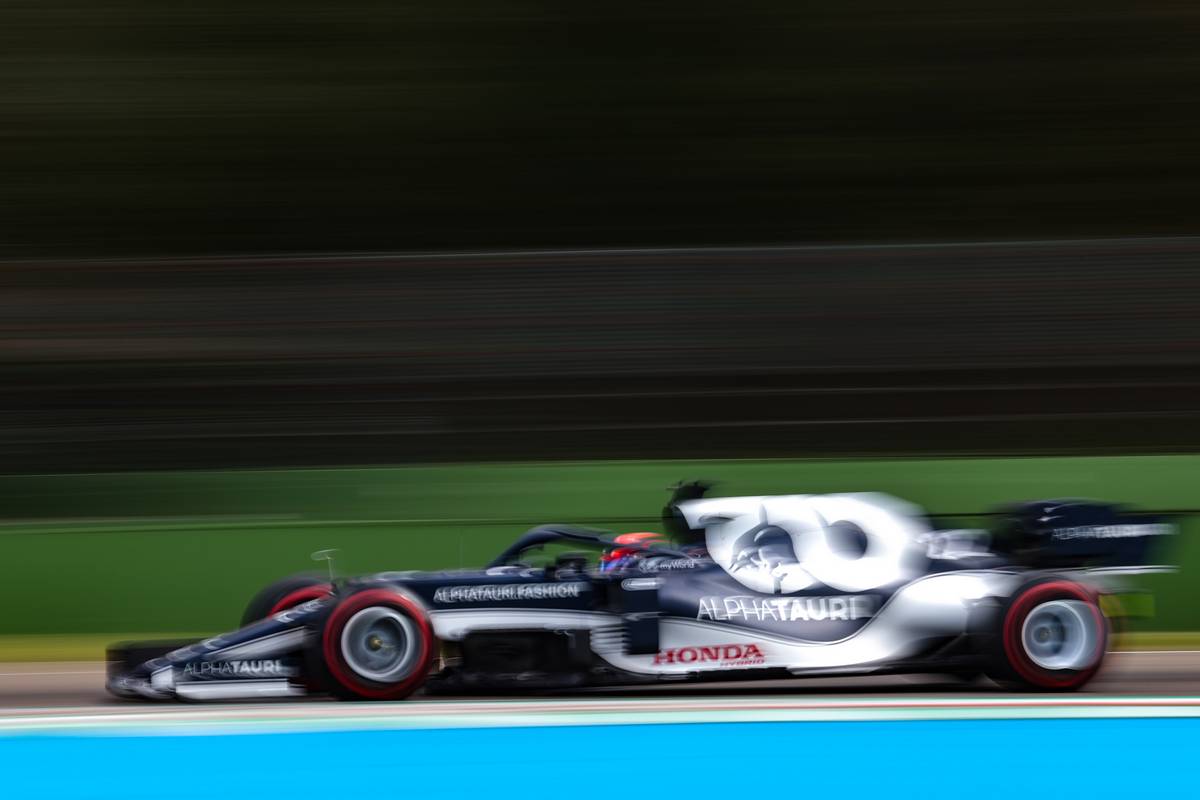 The Japanese driver had limited time on track in the morning, with just 11 laps in the books leaving him at the bottom of the timesheets. But he still managed to bounce back to seventh after lunch.

"Unfortunately, we had a PU issue on Yuki’s car so only managed limited running in FP1, which meant he wasn’t able to get up to speed quite so quickly," explained Eddolls

"We made some changes to his car ahead of FP2 and everything seems to be back to normal now, which is positive," he added.

“I didn’t manage to complete many laps during FP1 due to an issue," confirmed Tsunoda. "I only completed four push laps in total but the car felt good whilst I was out.

"I think I still managed to gain a lot from the sessions today," he added. "I particularly learnt about tyre management around this circuit and have a lot of interesting data from the softs that I can now go and analyse.”