Carlos Sainz kicked off his new life at Ferrari with a pair of top-ten finishes in Bahrain and at Imola, but despite the auspicious start the Spaniard says he's still "far off" from delivering his full potential with the Scuderia.

Sainz was outpaced in both opening rounds by teammate Charles Leclerc, in qualifying and on race day. But overall, his opening performances - especially at Imola where he fought hard in the tricky conditions to secure a P5 finish after starting just 11th - were among the best of those drivers who had changed teams during the season, namely Red Bull's Sergio Perez, McLaren's Daniel Ricciardo and Aston Martin's Sebastian Vettel.

Sainz says that he spared no effort to do his homework over the winter in order to head into the season as best prepared as possible.

"That’s something… I [set] myself as homework over the winter and I’ve been working really hard," said Sainz in Imola.

"I’ve been spending a lot of time in the factory and I’m working very hard with the guys. I’m still far off from being the Carlos of McLaren and I know that and the team knows that. 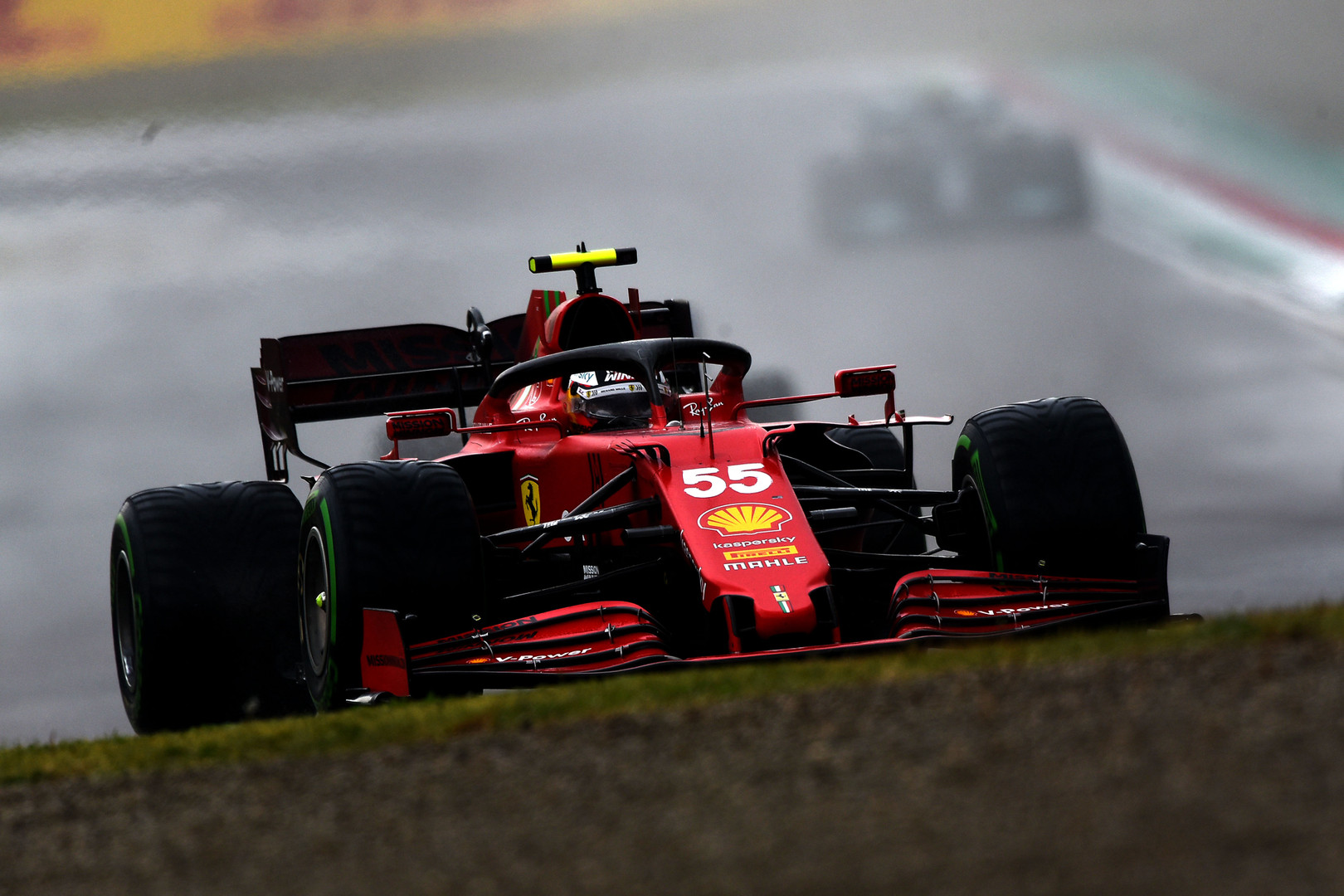 "But I have flashes of a lot of speed like we saw in Bahrain qualifying. We saw it again today in the wet that I was flying in some laps, even in the mixed conditions.

"So there’s some very good flashes out there and now we just need to keep working, let the races go by and all the experience will join together and it will make me stronger."

In the Emilia Romagna GP, Sainz finished hot on the heels of Leclerc and only a handful of seconds adrift from his former McLaren sidekick Lando Norris who stepped up onto the podium in Italy.

However, without a costly mid-race off track excursion, Sainz could have potentially bumped Norris off the coveted third step of the rostrum.

"Today actually we were very close – I must say that the podium was two seconds away and I lost 10 seconds by going in the gravel," he noted.

"So the podium was not far away today, even starting 11th like I was starting.

"The pace is encouraging, my feeling with the car in the wet is encouraging, and even in the dry I could keep up with Charles and Lando – we were pushing each other a lot.

"So there’s some positive signs out there, I just need to put a whole weekend together. But today considering I was starting 11th, I did a couple of mistakes, first time in the wet and all that, I cannot be too disappointed with a recovery to fifth."