McLaren boss Zak Brown believes the Indianapolis Motor Speedway is more than ever worthy of hosting once again an F1 Grand Prix.

The Formula 1 World Championship visited the famous Brickyard from 2000 to 2007, competing on a 13-turn, 4.2 km road course that ran in the opposite direction of the venue's oval events.

Although the first F1 race at the Speedway was a rousing success, attendance progressively declined following a lack of local promotion but more importantly in the wake of the 2005 event in which only six cars - two Ferraris, Jordans and Minardis - took part due to the remaining entrants pulling out of the race after the formation lap because of risks associated with Michelin's tyres.

F1 supremo Bernie Ecclestone and Speedway boss Tony George pulled the plug on the race after 2007. 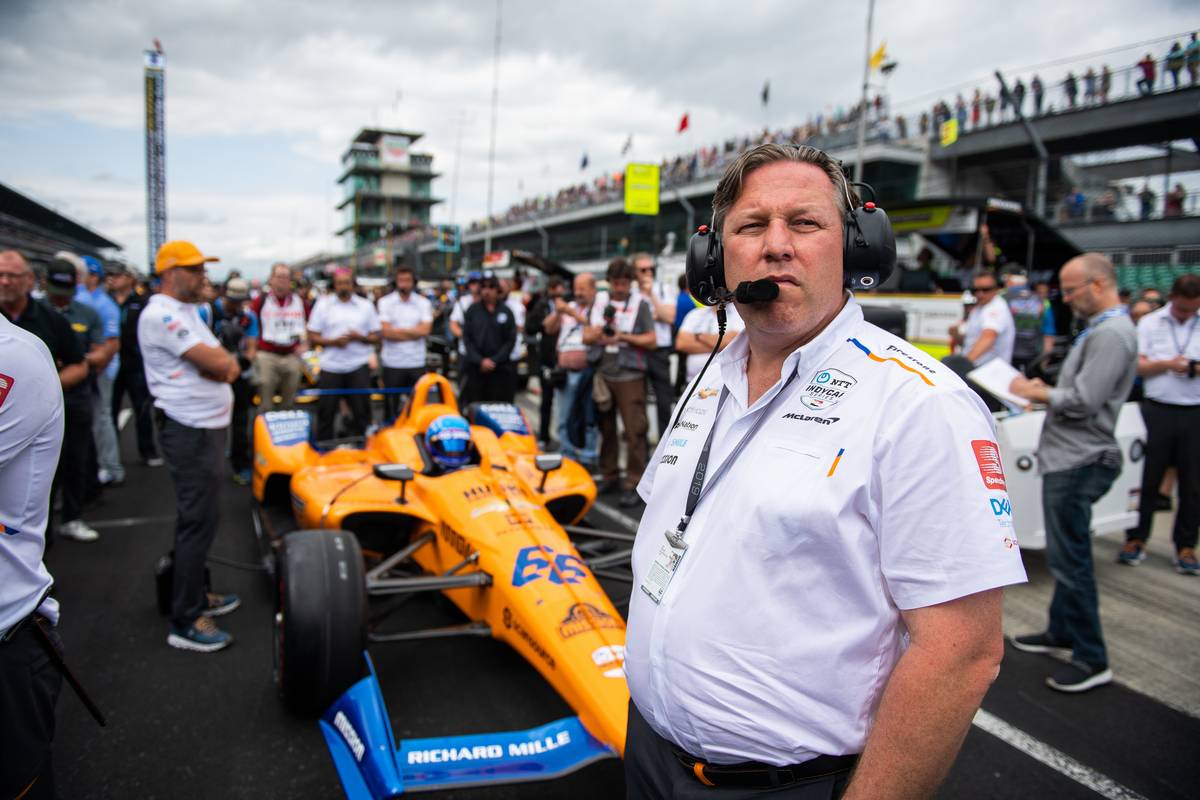 But the venue's sale in 2019 to motorsport legend Roger Penske ushered in a new era for the famed circuit complex, and Brown believes F1 should be part of the Speedway's future, perhaps on the basis of a rotating schedule with Austin's Circuit of the Americas, while the recently announced Miami GP would become a permanent fixture on the calendar.

"I’ve voiced my opinion [to F1 boss Stefano Domenicali] that I think Indianapolis should have a Grand Prix. I think I’d like to see in America three Grand Prixes, but the schedule may not allow for three," Brown said in an interview with the Indianapolis Star.

"I’d like to see one permanent one, and then maybe a rotation. Then, you get three markets, and you keep the enthusiasm and the excitement if you have a little bit more scarcity.

"So I could see a scenario where you went to Miami, and you rotated Austin and Indy.

"I think it’d be great. I think everyone wins."

Last February, after Domenicali mentioned IMS as a potential venue where F1 could expand its footprint in the US, the track responded by saying that it was "open to a dialogue, and time will tell if there's an opportunity that works for everyone".

Brown is all for putting Indianapolis back on the F1 map, but acknowledged that any return to the Brickyard would require some proper promotion next time around.

"I think you’ve got to work a little bit harder because the fans have so many different opportunities for entertainment," he said.

"But I think Roger would do that in a heartbeat. I think (IMS) is the most famous, largest sporting venue in the world.

"I think the city did a great job with the Super Bowl. It showed it knows how to put on world-class events. I’d say, IMS 20 years ago didn’t have the same promoter skill-set, if you like, as it does today."

Webber questions whether Alonso is still 'as fast and brave'

Lowe on last spell with Williams: 'The less said the better'