Lewis Hamilton might have finished Friday's free practice at the top of the timesheets, but he remained keenly aware of how close everyone was in the timings.

The top 14 drivers were within a second of Hamilton's benchmark lap time of 1:18.170s, with Ferrari's Charles Leclerc just 0.139s off the world champion's pace.

Alpine pair Esteban Ocon and Fernando Alonso also had a strong day in fourth and fifth ahead of AlphaTauri team mates Pierre Gasly and Yuki Tsunoda, while Red Bull and McLaren had already proved their growing strength in previous races.

"It's amazing to see the progress that McLaren, Ferrari and Alpine are making, not just Red Bull," Hamilton commented. "That puts pressure on us.

"It looks close but I think we've got good pace," he continued. "We understand the car and know which direction we need to go balance-wise.

"Our balance is similar to what we had in the last race," he added. We made some tweaks along the way, I don't know if the car got better through the session but there were definitely findings."

Hamilton's team mate Valtteri Bottas had been quickest in FP1 and was just pipped by Hamilton in the afternoon. He agreed that the rest of the field was closer than perhaps had been expected.

"The whole field seems to be close," he said. "Ferrari looked strong today, but we just need to focus on our performance and extract the maximum from this package. 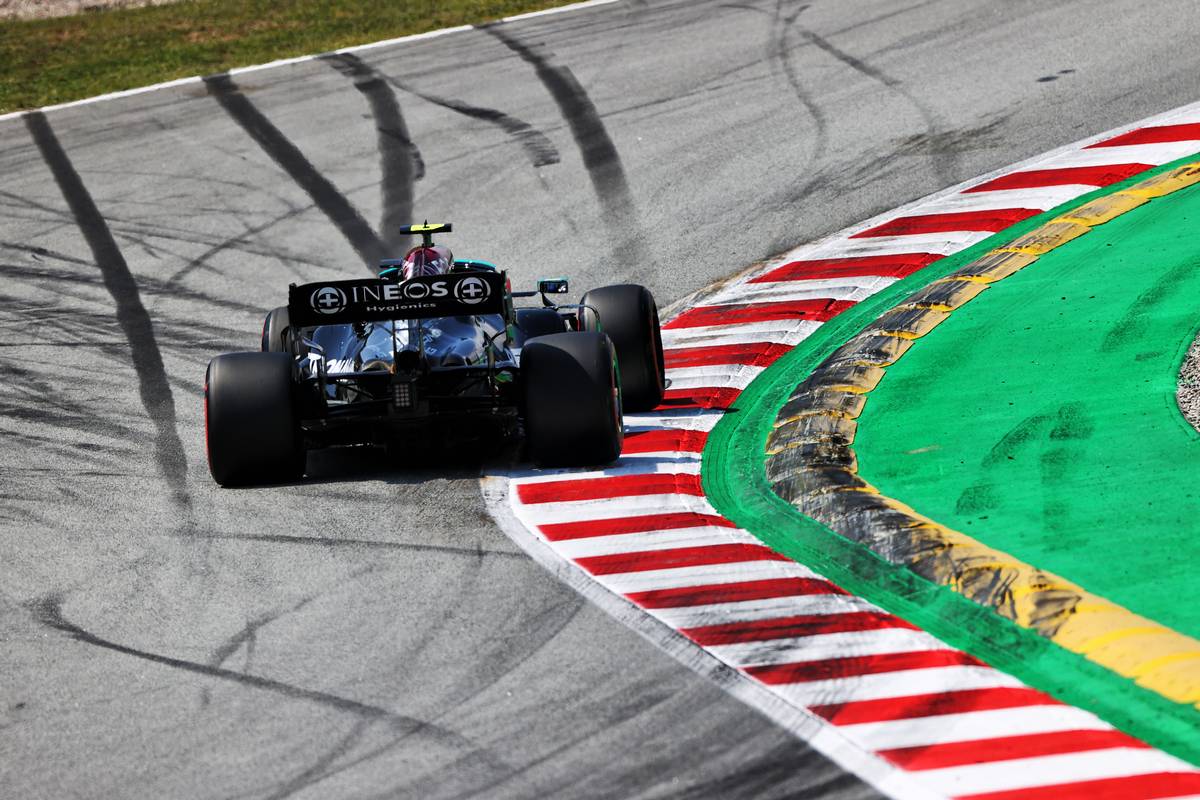 "We know every millisecond is going to be crucial in qualifying," he acknowledged. "It was a solid day, the feeling in the car was not too bad and no massive balance issues so I'm fairly happy."

Mercedes' trackside engineering director Andrew Shovlin said that the team had come into the weekend concerned about rear overheating, but that so far everything was looking good.

"Things seem to be under control, even in the hotter conditions of the afternoon session," he reported. "We still have work to do getting the best out of the tyre on low fuel as we didn't find as much time as some.

"But we have a good baseline to work from. Traffic was difficult today, it's a short lap and it looked like Red Bull may have been affected by that more than ourselves.

"We'll work on the assumption that they are very close on pace and that we need to find everything we can overnight."