Haas rookie Mazepin has sparked the wrath of at least one of his colleagues at every race weekend this season, the inattentive Russian often putting himself in the path of another car in practice sessions or in the race itself.

At Portimão, Mazepin was hit with a five-second penalty and added a penalty point for almost causing a collision in the race with Red Bull's Sergio Perez.

On Sunday, race leader Lewis Hamilton was running in the wake of the Haas, seeking to lap Mazepin when Wolff radioed in to Masi at race control requesting that blue flags be shown to the Russian.

After the race, Masi said the Austrian's intervention was a rare case of the Mercedes boss buzzing race control during proceedings.

"To be fair, I very rarely hear from Toto on the race control radio," said Masi.

Team messages to race control have never been broadcasted in the past but F1, working in collaboration with the FIA, rolled out the broadcasting innovation this weekend in Barcelona, so Wolff's message breaks new ground in this respect.

"One of the innovations the FIA has worked together with F1, and it came together with a discussion of the F1 Commission last year, is to hear as part of the broadcast the communication between the FIA and the teams, which is a regular part of what we do regularly," explained Masi.

"The F1 Group through their broadcast has been doing some trials in the background. All the teams had been advised, and this weekend is the first time it has been live to air." 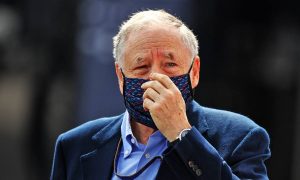 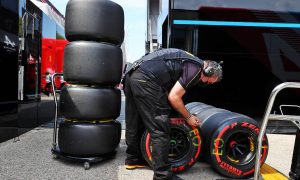 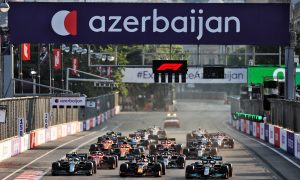