Charles Leclerc admits the atmosphere has changed at Ferrari since Sebastian Vettel's departure from the team, saying he is now flanked by a "happy and motivated" teammate in the person of Carlos Sainz.

Vettel left the Scuderia at the end of 2020 after a six-year tenure that delivered 14 wins to the Italian outfit but crucially fell short of the German's ambition of bringing the world title back to Maranello.

Ahead of the start of the 2020 season, Ferrari announced that it had opted to part ways with the four-time world champion and put its trust in the talent of then McLaren driver Carlos Sainz.

So far, the collaboration between Leclerc and Sainz has been trouble-free and has induced a change of mood in the team according to the Monegasque. 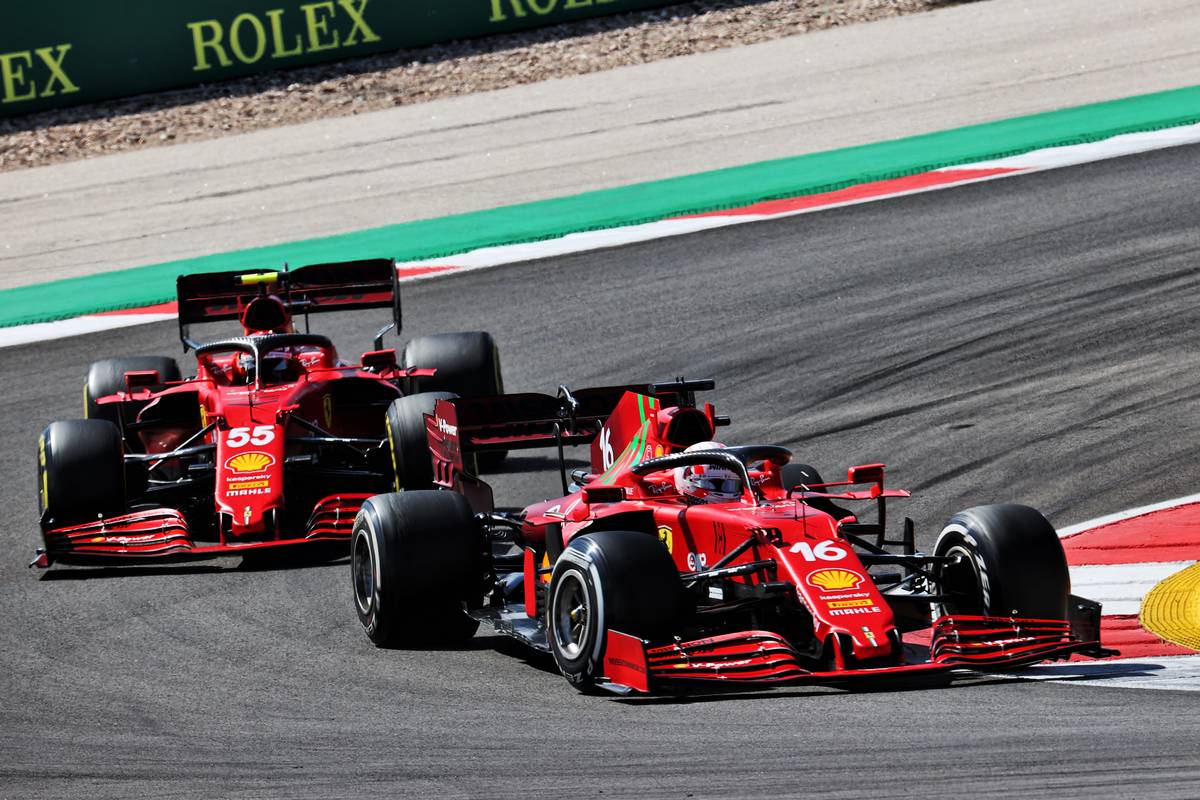 "It’s different," Leclerc told RTL. "For Carlos, I still remember exactly how it feels, and you can imagine how motivated and happy he is about everything.

"The mood has changed a bit in the team. "I can’t tell what went wrong for Seb last year.

"I hope he has a good season this year because he is a great guy who works very hard."

Except for Portimão, where Sainz finished P11, Ferrari's chargers have delivered a bag of points at every race this season, a performance that points to a clear step forward for the Scuderia.

But Leclerc insists it's still a long way until Ferrari becomes a championship contender once again.

"It’s painful that we still have problems getting on the podium and fighting for wins," he said.

"We have improved since last year, but we still have a long way to go to get to where we want to be and that is the top.

"If you compare it to 2020, the first four races were positive," he added.

"We are focusing on 2022, that is our top priority. There will be no miracles this year. Next year there is a big opportunity for us.”

"2022 will be a good opportunity for all teams to reset their performance. The cars will be so different because you can barely take anything over from this year.”

"The teams that do the best job in development for the new car this year, will be the ones that end up best. It’s a great opportunity for us to get back to the front."