After securing three top five finishes in the first three races of 2021, including a podium in the Emilia Romagna GP, Norris crossed the checkered flag P8 in Barcelona, two positions behind his McLaren teammate Daniel Ricciardo.

Norris enjoyed a few spirited battles inside the top ten at the Circuit de Catalunya, forming with Ferrari's Carlos Sainz and Alpine's Esteban Ocon a dueling trio that remained in close contact throughout most of the race.

Seidl believes Norris had a car that could have allowed him to qualify higher than P9 on Saturday and finish higher on race day as Ricciardo demonstrated.

But the German reckons his driver made the most of the circumstances that prevailed in Spain. 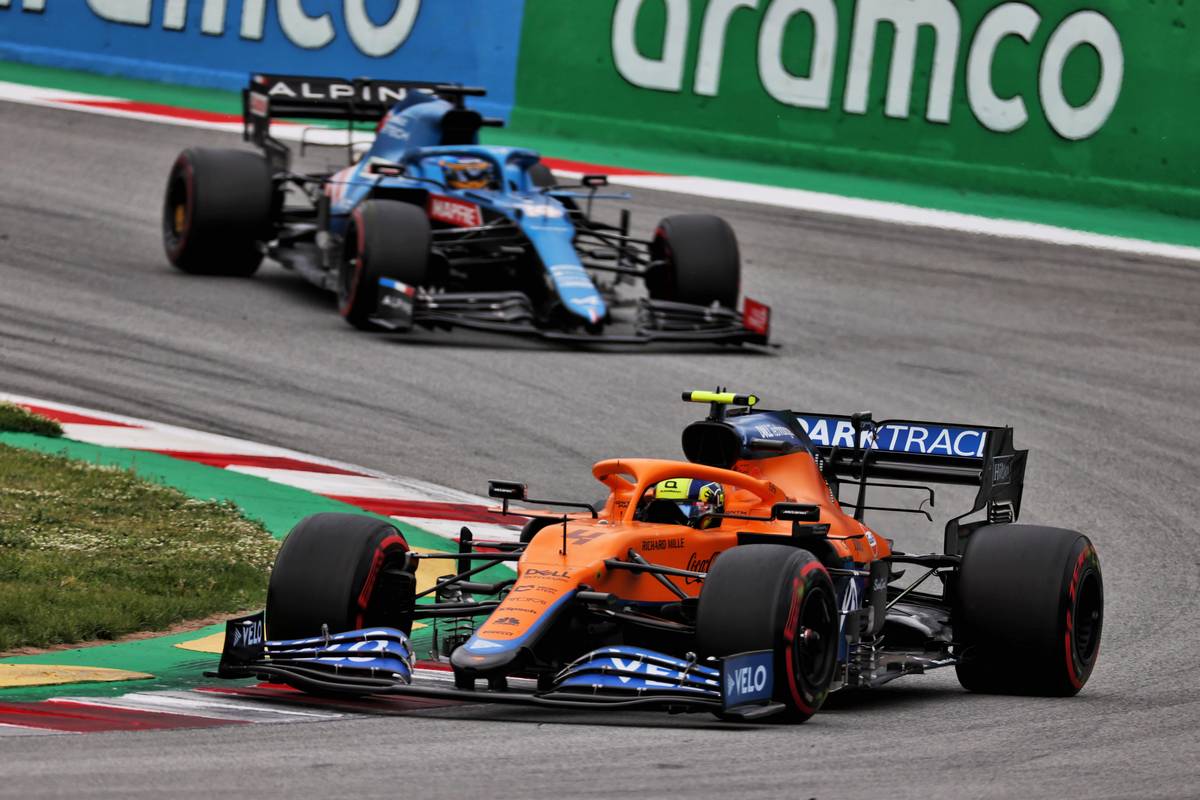 "I think there’s no need to pick him up, in the end we have to accept how this weekend went," said the McLaren F1 boss.

"Unfortunately, we didn’t manage to finish higher [in qualifying], despite having a car that had more potential. We all know about the circumstances. So it’s important also to simply move on.

"In the race, I think he did what he could do from his side, we did from the team side what we could do and it was simply not possible to do more than a P8, which is something you have to accept.

"I think you need to look also at the positive side: he could move up one position on a track where it’s simply difficult to overtake. And it’s important that we still managed to score 12 points on a race weekend where Ferrari was quite strong.

"Lando, so far, he had an incredible start into the season with incredible performances so there’s no need to pick him up. He’s fine. And I’m sure he will strike back together with us the next races."

Addressing his drivers' performance in qualifying, Seidl recognized that McLaren needs to do a better job on Saturdays.

"If you look at this race weekend, I think we simply have to accept that Ferrari was strong in the race, but if you look at the whole season I think it is clear we need to try to finish higher up on Saturdays," Seidl said.

"Because in the end it makes your life on Sunday so much easier if you do your stints in free air without pressure behind, which we managed in some races already this year because of having a good start or a good first lap.

"And it brought us back to the position where we wanted to be already on Saturday in qualifying.