Two-time Formula E champion Jean-Eric Vergne has revealed that Sebastian Vettel was less than impressed when he first learned that the French driver was leaving F1 to compete in the all-electric world championship.

Vergne competed in three seasons of F1 with Toro Rosso, and was subsequently reserve driver at Ferrari the year that Sebastian Vettel made the move to Maranello in 2015.

“When I came to Formula E I also became a reserve driver for Ferrari so I was often with Vettel,” Vergne recalled in a conversation this week with the French edition of Motorsport.com

“He laughed a bit in my face," he continued. "He said, ‘What are those lawnmowers?’

"But then he soon started saying Formula E was also the future, that it was good, that F1 wasn’t doing enough on electric mobility, on zero carbon emissions, and that Formula 1 should do more like Formula E does.

"That the opinion of a four-time world champion has changed quite radically in a few years, and also shows how everyone’s point of view has changed."

Vergne himself admits to being unsure whether a full transition to electric engines is the right future for F1. And he admitted that he'd originally had doubts of his own when he made the jump.

"At the beginning it’s true that even I myself thought, ‘What am I going to do here?’ when I came to Formula E," he said. "Racing electric cars still seemed crazy to me. 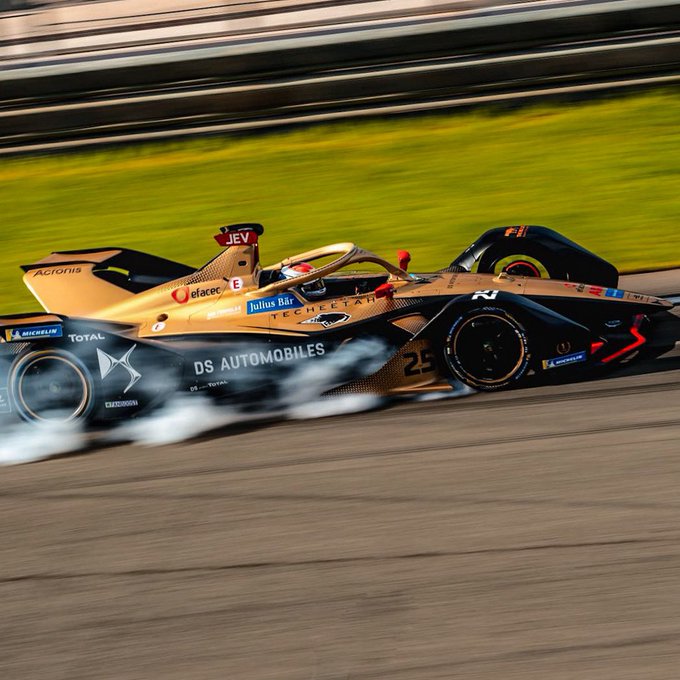 "In the end, seven years later, here we are," he added. “We have an FIA World Championship. A lot of drivers who didn’t want to be in Formula E before are dreaming of being in it now."

It's not just Formula E's environmental credentials that are appealing to some of the best drivers around the world.

"It's one of the only championships where drivers get paid," Vergne stated. “Until proven otherwise I don’t think there are drivers who pay to drive in Formula E, which is not the case in Formula 1 for example.

"You have to earn a living and Formula E is currently one of the best categories to be a professional driver," he suggested. "The goal of every driver is to one day be a driver for a manufacturer.

"The business model is quite good, all the teams are fighting for podiums and points, which is not the case in other championships. The fact these teams can also pay the drivers shows it is a healthy championship."

Vergne added that he had a higher profile now as a former Formula E champion than he'd achieved as a driver for one of the teams lower down the grid in F1.

"When I was in F1 there were three or four French people in F1, and not everyone knew me," he recalled.

"Now, when I get into a taxi in France, we chat with the taxi driver, he asks me 'What do I do?' and I tell him I'm a Formula E driver, and everyone knows Formula E.

"Obviously that didn't happen before, not even three years ago. The guy is super happy to have a Formula E driver in his taxi!

"It's nice to see how people's minds change in motorsports - among drivers, and outside of the racing world in the normal world."