Eddie Jordan says it's almost a "schizophrenic" choice to vote between Lewis Hamilton and Michael Schumacher as F1's GOAT, and yet the former team owner singles out the Briton as his chosen one.

Hamilton and Schumacher are enthroned at the top of Grand Prix racing's summit with seven world titles each.

However, the Mercedes star enjoys a strong chance of detaching himself from the German ace at the end of the 2021 season while he's already surpassed the latter as F1's most prolific driver with 98 career wins in the sport versus Schumacher's final 91-win tally.

The debate over F1's greatest of all time is a never-ending deliberation that has lingered for many decades. But Jordan offered his own two cents on the disputable contention. 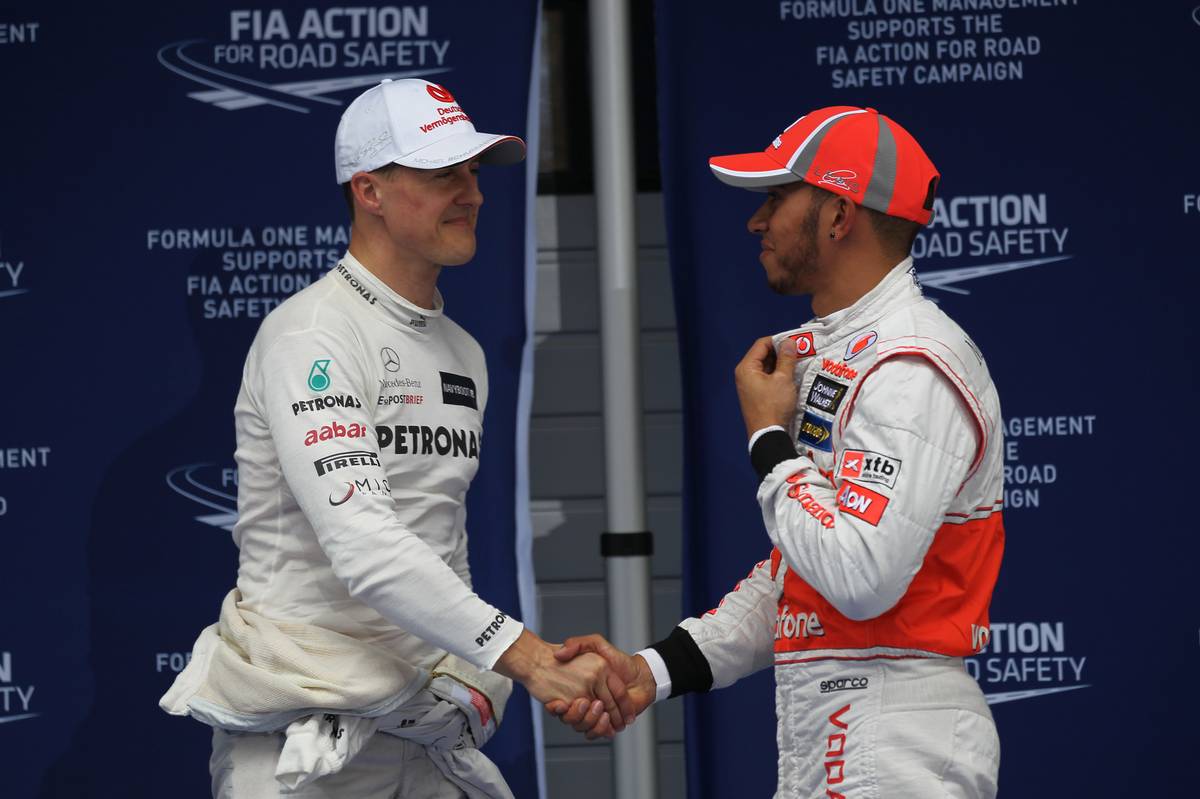 "Both are unique, so it makes me almost schizophrenic to have to choose a winner," he told Germany's Autobild. "But I choose Hamilton."

Rather than weighing up the stats, Jordan justified his choice by how each driver achieved their resounding success on the track.

"Lewis never won his titles in a collision like Michael in Adelaide in 1994," added the 73-year-old Irishman.

"Lewis’ time at Mercedes was never tarnished by rumours of cheating.

"I still remember how much Michael suffered when Benetton was accused of using illegal traction control in 1994. And his time at Ferrari didn’t quite go by without someone pointing a finger at the red one.

"These speculations shouldn’t diminish Michael’s performance," E.J. said. "Both are quite simply very big in their profession."

While putting Hamilton at the top of F1's pyramid, Jordan cites a third man whose talent was in his opinion simply off the charts.

"Ayrton Senna is out of the competition for me," he said. "He was a magician in every way. He died far too early to be able to evaluate him objectively.

"Had he not had an accident in Imola, he would have ended his career with much more than his three World Championship titles. You can’t prove that, but I’m sure of it."