McLaren's Lando Norris and Daniel Ricciardo would love to see F1 emulate NASCAR and travel back in time for the space of a Grand Prix weekend when all teams would run retro liveries.

McLaren and partner Gulf Oil unveiled on Sunday a special one-off design for this week's Monaco Grand Prix that pays tribute to the historical partnership enjoyed by the two companies in the 60s and 70s.

NASCAR indulges in an annual time warp on the series' popular Throwback Weekend, when every team rolls out an iconic retro paint scheme honoring a past driver or sponsor, as was the case at Darlington most recently.

McLaren's Ricciardo said 'Spark it!' when asked about the idea after the Woking-based outfit pulled the covers off its one-off Monaco livery.

"It would be cool," Ricciardo said, quoted by RACER. "I’m aware it’s another expense for the team but that aside, for everything to be a throwback — not just our race suits, but casual wear, down to team hats, to properly do it — that would be cool for everyone to get involved. Spark it!" 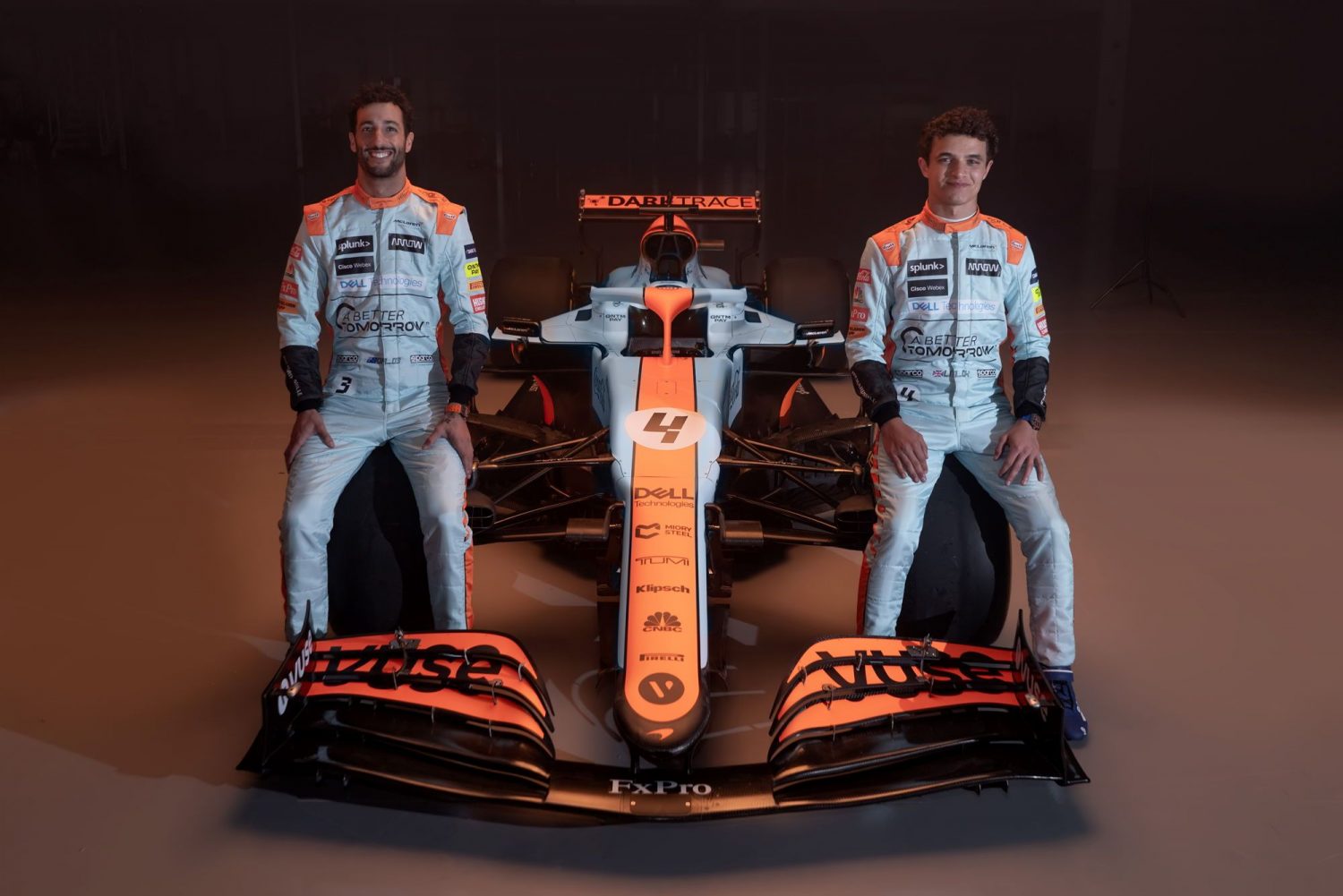 Last season, at the Tuscan Grand Prix, Ferrari ran a special burgundy red livery on its SF1000 for its 1000th Grand Prix, the colour of the first racing to carry the Ferrari name.

Norris would love to see everyone follow the retro scheme during a dedicated race weekend.

"The proper old school ones would be pretty awesome," Norris said. "I think it’s nice we are the only ones who are doing it. More eyes on us, unless we both crash into Turn 1.

"For one race, make it a bit more exciting, it would be cool to see everyone do something like that. Especially when you have a Williams or Ferrari — I mean, Ferrari would just be red!

"A lot of teams have had awesome and unique liveries over the years and it would be cool if everyone came up with their own."

McLaren boss Zak Brown, a man never short on ideas, believes a variation on NASCAR's Throwback Weekend would go a long way towards creating a good buzz for F1.

"Whether we do it as other sports do where everyone does it at the same time or when you are in your home country or you have a reason or an anniversary…" Brown said.

"We don’t want to confuse the fans and lose our identity, but I think to do something a few times a year that’s special creates some excitement and some additional engagement with the fans."