Max Verstappen edged Ferrari's Carlos Sainz and Charles Leclerc in the final practice ahead of this afternoon's qualifying for the Monaco GP.

The Red Bull driver gained the upper hand over his rivals in the closing stages of a session that concluded prematurely after Haas' Mick Schumacher heavily hit the barriers on the exit of Casino Square.

More worrying however was the pace of Mercedes' duo, with Valtteri Bottas clocking in P4, 0.471s behind Verstappen while Lewis Hamilton was a massive 0.726s off the pace.

After painting the Principality red on Thursday, Ferrari was everyone's centre of attention to see if the Italian outfit could confirm its qualifying prospects in Saturday's final practice.

But cooler weather and a 40 per cent risk of rain in the session was a factor that could potentially upset the running order for the mid-day dress rehearsal.

Nevertheless, Leclerc and Sainz lost no time picking up where they had left off two days earlier, with the duo leading the pack in the session's early running, which took place with everyone out on track save for Hamilton and Bottas.

Twenty minutes into FP3, Verstappen's first clear lap propelled the Dutchman into P2, 0.101s behind Leclerc. But the Red Bull driver, running like most of the field on the soft tyre, pressed on and overhauled the Monegasque with a 1m11.785. 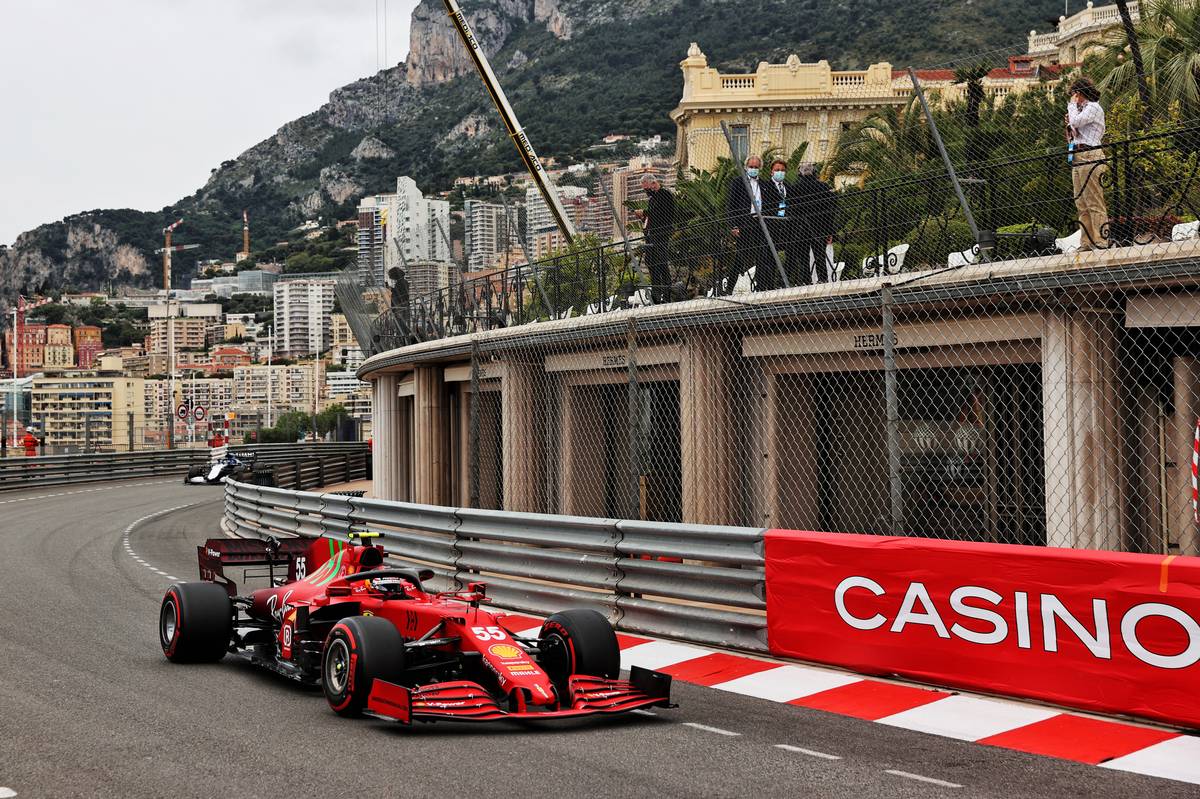 However, Sainz would have none of it, leapfrogging both his teammate and Verstappen to take top spot with a 1m11.452s, while Hamilton and Bottas, who had finally got going, popped up into P4 and P5, but over half a second off the pace.

With 20 minutes left on the clock the tension started to build, with Sainz improving his best time and strengthening his position at the front. But the momentum died down when Williams' Nicholas Latifi clipped the inside barrier at the Swimming Pool which deflected the Canadian over the sausage kerb and into the wall on the exit, an incident that brought out the red flag.

The track was cleared with 11 minutes to go. Verstappen attempted a flyer on a new set of softs but failed to improve, while Sergio Perez and McLaren's Lando Norris slotted in P4 and P5 just ahead of Mercedes' drivers.

Fastest middle sectors for both Sainz and Verstappen flashed on the screen just a few second apart, but while the Spaniard couldn't better his fastest lap, the Red Bull charger delivered a 1m11.294s that edged the Ferrari by 0.047s. 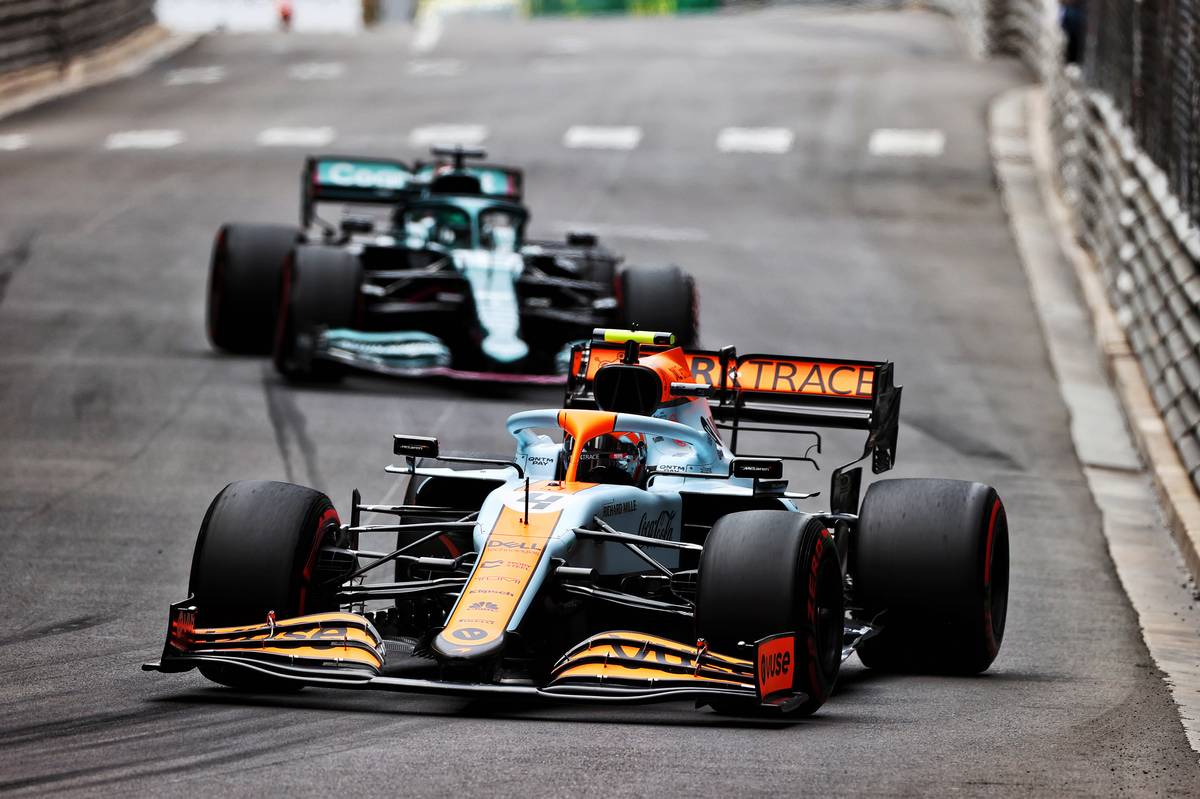 Unfortunately, the tension deflated once again when Mick Schumacher crashed heavily into the barrier on the exit to Casino Square, a mishap that destroyed the left hand side of the Haas and ensured that there would be no lunch break for the German's crews.

The red flag was deployed with minutes to spare which brought the session to a premature end and with Verstappen topping the screens ahead of Sainz and Leclerc.

Bottas managed to improve to fourth but Hamilton's P7 implied that there would be a lot of work in the Mercedes camp ahead of this afternoon's all-important qualifying session.

Despite his crash, Schumacher outpaced team mate Nikita Mazepin for the first time this weekend, the German clocking in just ahead of Alpine's Fernando Alonso while the Spaniard's teammate Esteban Ocon unusually brought up the rear in the session, having achieved just 6 laps on the board.

Schumacher ruled out of qualifying after FP3 crash