Max Verstappen led the Monaco Grand Prix from lights to flag to claim a famous victory in Formula 1's most prestigious race for the first time, and also successfully take the lead of the championship standings.

Carlos Sainz picked up second place from McLaren's Lando Norris, after his Ferrari team mate and polesitter Charles Leclerc failed to start the race because of damage to his driveshaft following yesterday's qualifying crash.

A disastrous race for Mercedes saw the team bungle an undercut strategy which dropped Lewis Hamilton to seventh place at the line, while a damaged wheel nut forced Valtteri Bottas to retire during his first pit stop on lap 31.

It means that for the first time this season, Hamilton and Mercedes lost the lead in the driver and team championships. It's the first time that the Dutch driver has ever led the standings in his F1 career. 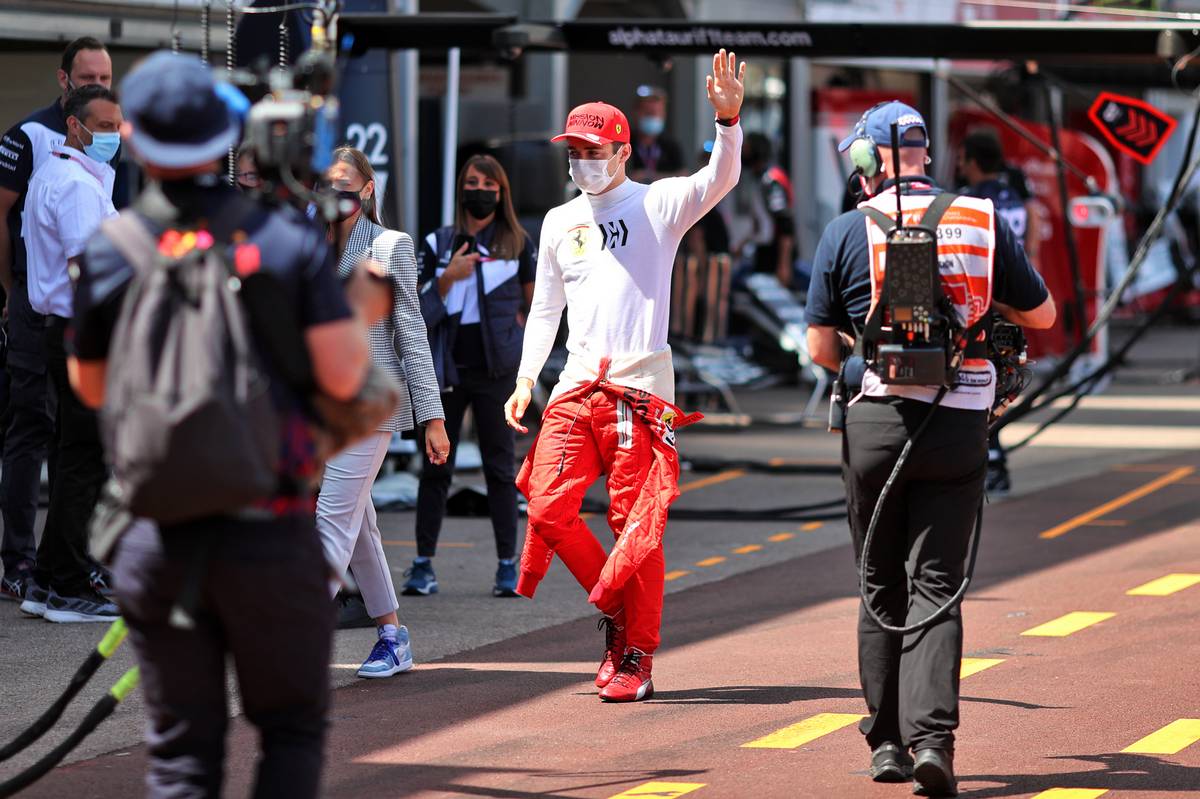 Blue skies and warm sunshine greeted the cars as they got underway for Formula 1's most famous event. However there were metaphorical dark storm clouds gathering overhead at Ferrari, because completely missing from the line-up was polewinner Charles Leclerc. The team had found last minute issues with his left driveshaft arising from the crash at the end of Saturday's qualifying session, meaning that the Monegasque was out of his home race even before it had started.

That left Red Bull's Max Verstappen to lead the 19-car field to the grid in his stead, and also handed Valtteri Bottas a significant boost as the Mercedes driver would now have an empty grid spot ahead of him in the run down to Ste Devote when the lights went out. Meanwhile, the Ferrari standard had been passed to Carlos Sainz starting alongside the Finn from what was now effectively third place. Conspicuous by his absence was the reigning champion and current points leader Lewis Hamilton, starting way back down the grid from what was now sixth position as the lights went out to get the race underway.

Bottas did his best to use his good fortune into the first corner, but Verstappen was able to pull across to defend the line and succeeded in retaining the lead, with Sainz securing third ahead of Lando Norris, Pierre Gasly and Lewis Hamilton, and the top ten rounded out by Sebastian Vettel, Sergio Perez, Antonio Giovinazzi and Esteban Ocon. Further back, Ocon's Alpine team mate Fernando Alonso got early gains with passes on Williams' George Russell and AlphaTauri's Yuki Tsunoda to take up 14th place on lap 1. 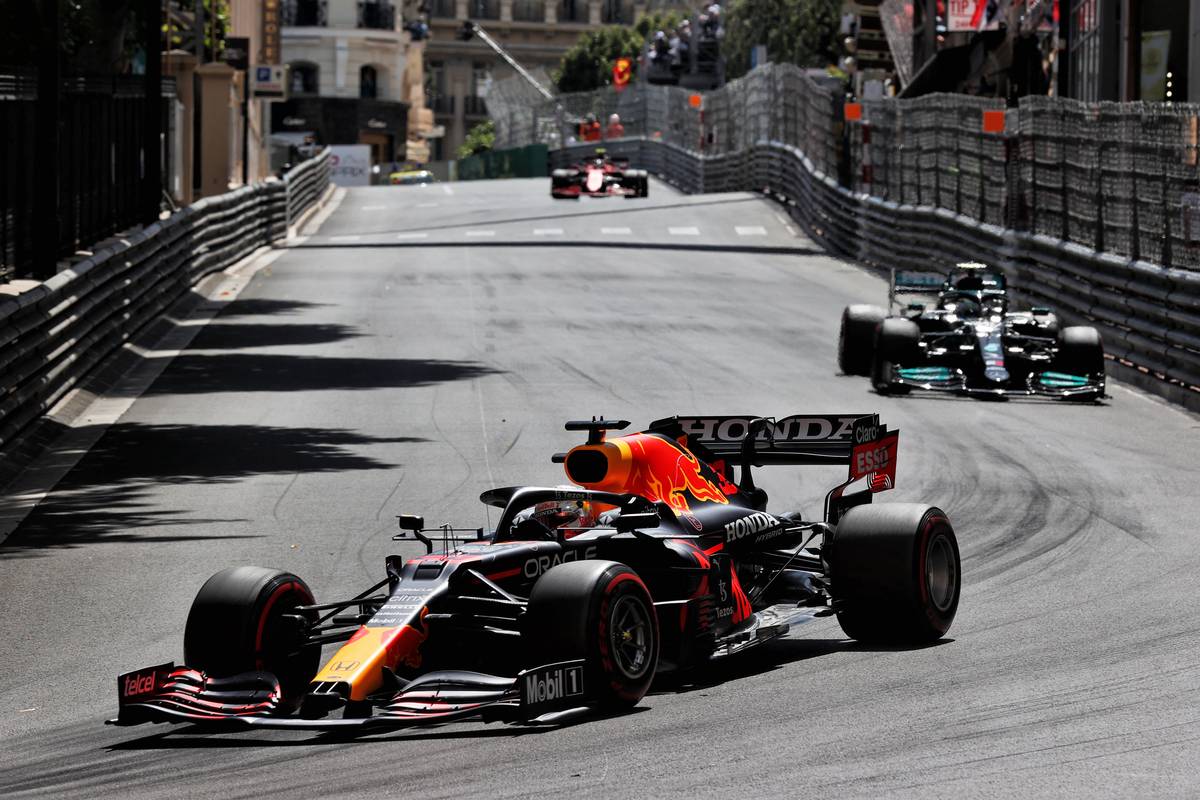 With the top ten having been committed to starting on the soft tyres, it was now a case of waiting to see how that compound lasted in race conditions. Running in 11th place, Stroll had gambled on a long first stint on the hard tyres while Daniel Ricciardo, Alonso, Russell and Latifi were on the mediums. Tsunoda had followed Stroll's lead, while at the back of the grid it was soft tyres for both Haas drivers with Mick Schumacher quickly moving ahead of Nikita Mazepin. Not that it was really making much difference to their early pace.

At the front, Verstappen and Bottas were soon busy trading fastest laps and easing away from Sainz and Norris, who was given a track limits warning for repeatedly cutting the Nouvelle Chicane at turn 10. Gasly had quickly succeeded in pulling out a two second lead over Hamilton, who seemed not to have found a contingency plan overnight to give him any chance of working his way forward. As the opening stint continued the gaps between the cars started to extend, with Bottas suffering from early tyre wear that saw him begin to gradually lose touch with Verstappen, while Sainz was struggling in the dirty air thrown up by the Mercedes making it hard for him to take advantage of the situation.

Those starting on the soft compound tyres finally pulled the pin on pit stops from lap 30, and surprisingly it was Hamilton who was the first to be called in with an effort to undercut Gasly who responded and came in next time by. Not only did this not pay off for Hamilton, but both men found themselves ambushed by Vettel's later stop leaving Hamilton sputtering in disbelief and fuming at the Mercedes strategy miscue. And just when it looked as though the weekend couldn't get worse for team, Bottas pitted on lap 31 and never returned to the fray after attempts to get the right front tyre off were completely thwarted by a wheel nut becoming irretrievably machined into the axle, forcing Bottas to retire after several minutes stationary in pit lane. 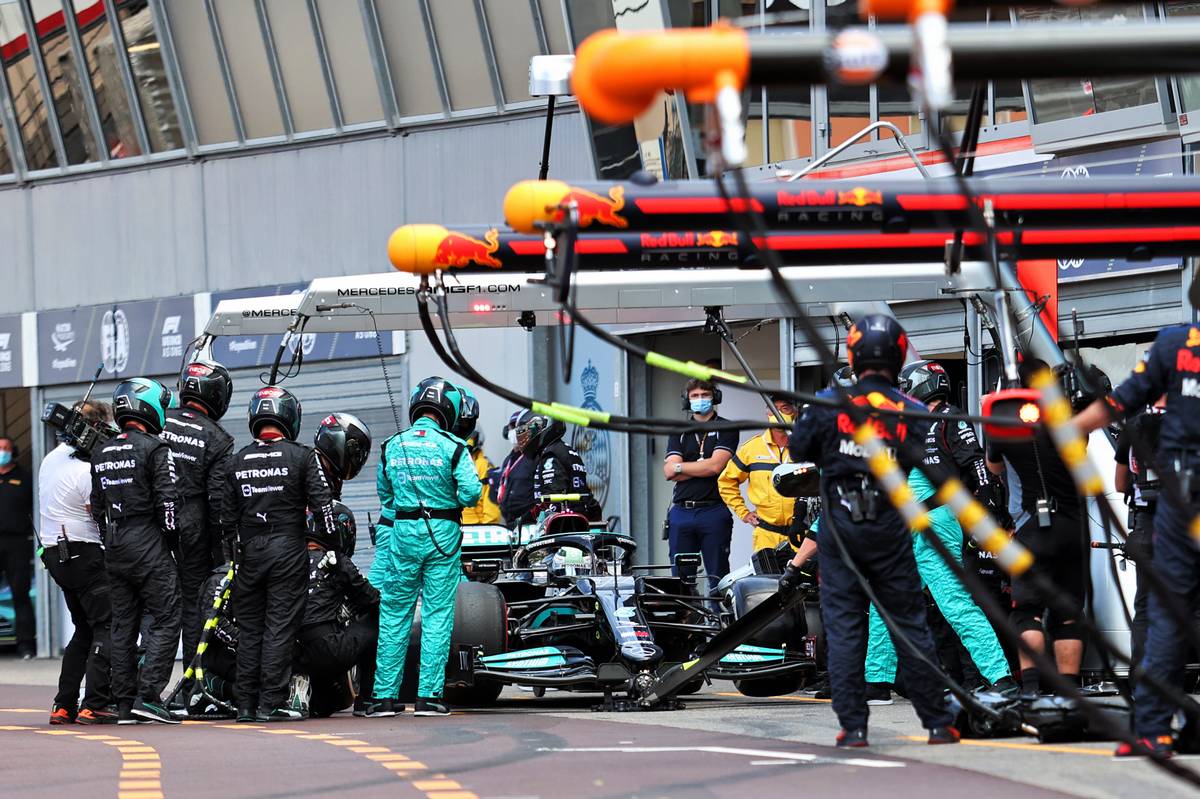 Verstappen was able to pit without even the slightest hint of drama on lap 35 to retain the lead over Sainz and Norris who had also made their stops. A long first stint for Perez saw the second Red Bull leap up to fourth when he came back out ahead of Vettel and Gasly, leaving Hamilton staring in disbelief still stuck in seventh despite two retirements ahead of him. Stroll, Ocon and Giovinazzi were also in the top ten after a late stop from Raikkonen on lap 44 had dropped the lead Alfa Romeo out of the points but still ahead of Ricciardo, while a switch to soft tyres by Alonso on lap 46 saw the Alpine return in 13th followed by Tsunoda and Russell who was a lap down in 16th after reporting early power unit issues on the Williams. He was still ahead of Latifi and Mazepin, while Schumacher had dropped to the back after experiencing engine issues of his own in the Haas.

With 30 laps to go, Verstappen was holding on to a 2.7s lead over Sainz with Norris a long way back in third but safely out of reach of Perez for now. Ten seconds further back, Vettel had pulled out a four second cushion over Gasly but Hamilton was making no progress at all in seventh but at least he was out of reach of any attack from Stroll and Ocon. It proved as difficult as usual for anyone to overtake on the streets of Monaco, and it seemed that no more significant pit stops were in prospect after the entire field save for Alpine had moved on to the hard tyres to ensure they would make it to the finish.

On lap 59 Stroll finally made his first stop of the day to switch from hard tyres to softs. The Aston Martin's gap proved sufficient to see him come back out in eighth behind Hamilton and he survived a stewards review of whether he had cut the line at pit exit, but he found little extra pace on the new tyres freeing Hamilton to make an extra stop of his own, also for softs, in pursuit of setting the fastest lap and picking up a bonus championship point by way of compensation for a miserable afternoon, which he eventually managed to do. Further ahead, Norris was complaining about his tyres despite having just lapped his McLaren team mate Ricciardo, but he didn't have the gap over Perez to pit without losing his potential podium position in the process and had to tough it out to the finish. Aware of the young Briton's problems, Perez started to pile on the pressure but was ultimately unable to find a way past. 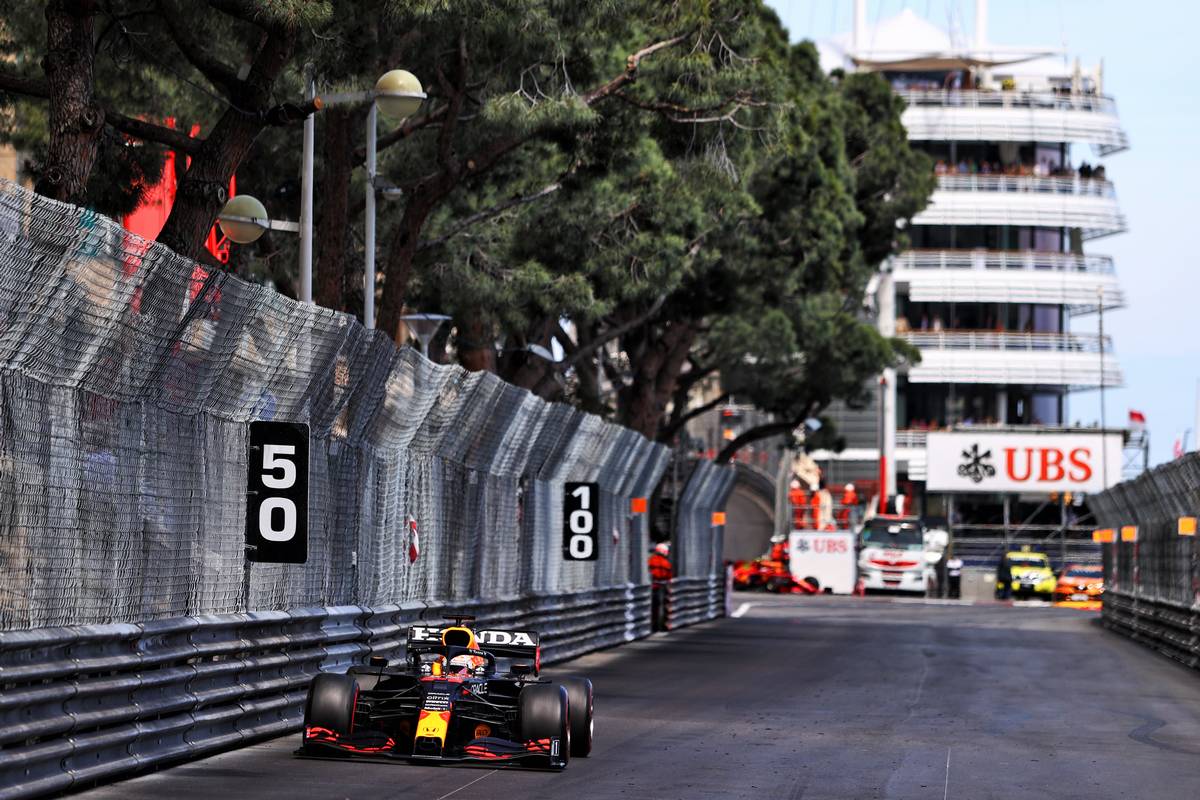 By the time he reached the chequered flag, Verstappen had a nine second lead over Sainz while Norris had done enough to secure a podium finish ahead of Perez, Vettel and Gasly, leaving Hamilton seventh followed by Stroll, Ocon and Giovinazzi. That put Raikkonen just out of the points ahead of Ricciardo, Alonso, Russell, Latifi, Tsunoda and Haas rookies Mazepin and Schumacher.

'First Ferrari podium doesn't taste as good as it should' - Sainz 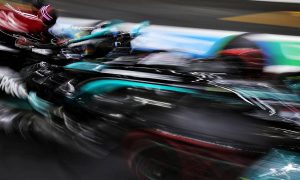 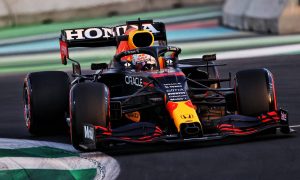