Ferrari team principal Mattia Binotto insisted that the team had not suffered the consequences of making a risky gamble with Charles Leclerc's car ahead of the Monaco Grand Prix.

Leclerc crashed at the end of Saturday afternoon's qualifying session shortly after securing pole position for the race, and there were fears that he might need a new gearbox fitted overnight.

If that had been the case then he would have incurred a five place grid penalty and lost pole, but after checking the car overnight the team concluded that there was no serious damage and a new gearbox was not required.

But when Leclerc emerged from pit lane on his way to the grid there were immediate problems and he was obliged to return to the Ferrari garage. Repairs proved impossible to make in the time available and Leclerc failed ot make the start of his home race.

But Binotto stood by the team's decisions and said that the driveshaft issue that had forced Leclerc out was not related to Saturday's crash or the gearbox concerns.

"We need to fully understand what happened," he told Sky Sports F1. "There was no gamble on the gearbox. We are fully confident that the gearbox would have been okay in the race.

"The failure is on the driveshaft into the hub on the left hand side. It's not a gearbox problem. The gearbox was inspected yesterday evening and it was reviewed.

"It's something we need to carefully understand and analyse, and we have no answer right now." 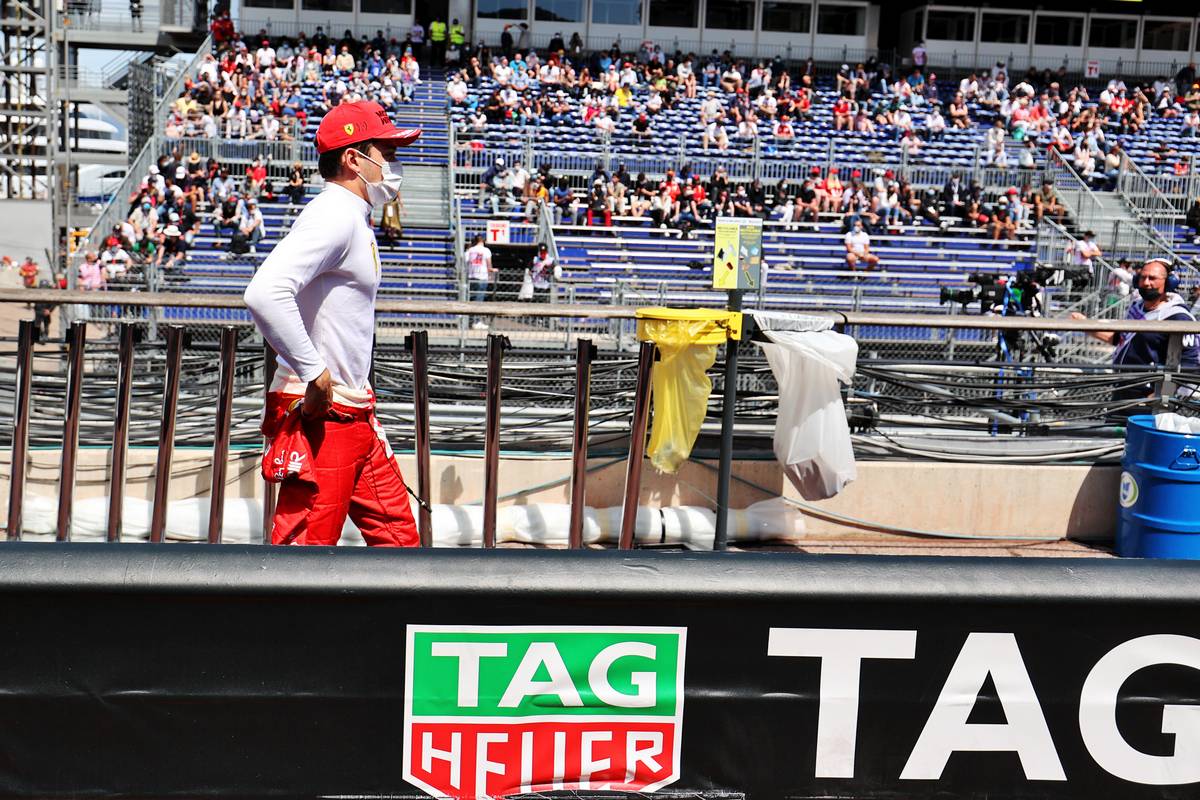 Leclerc himself said that it hadn't felt like a gearbox issue to him. “As soon as I felt the issue I said I think there is a problem with the gearbox, but actually it wasn’t coming from the gearbox. It seemed that it was something else."

Despite the nightmare start to the afternoon, Ferrari were still able to celebrate at the end of the race after Carlos Sainz stepped up to take second place behind race winner Max Verstappen.

"He is a good driver and we knew it, we employed him, and I think he is showing us how good he is," Binotto said of Sainz.

"Good for Ferrari that we made the right choice with him, he is integrating really well, he is driving fast, he’s a good leader, inside the cockpit but as well outside.

"I think he is a good benchmark for Charles," he added. “He is pushing Charles as well to be better, and that was really the objective.”

"There is a lot of positives from the weekend," Binotto continued. "The overall performance here in Monaco since Thursday, the fact that we see Charles under the podium celebrating both with Carlos and the team.

"I think that shows the right spirit, showing how we are united, the fact that we are together, to try to create a solid foundation for the future.

"Certainly Charles was disappointed because he knows that he could have done a good race today, but I think he reacted very well.

"We had the pace at least to fight with Max but that’s life and I think he reacted already really well, by trying to celebrate, stay close and united with the team.”

Verstappen 'pretty much in control' on way to 'special' win