Leclerc's dream of becoming 90 years after Louis Chiron the second Monegasque in history to win his home race was shattered as early as his reconnaissance lap last Sunday, when a driveshaft hub failed on Ferrari's SF21.

But Leclerc put on a brave face, remaining trackside with his crew to support Sainz's efforts and then celebrating with his team below the Royal Box during the podium ceremony. 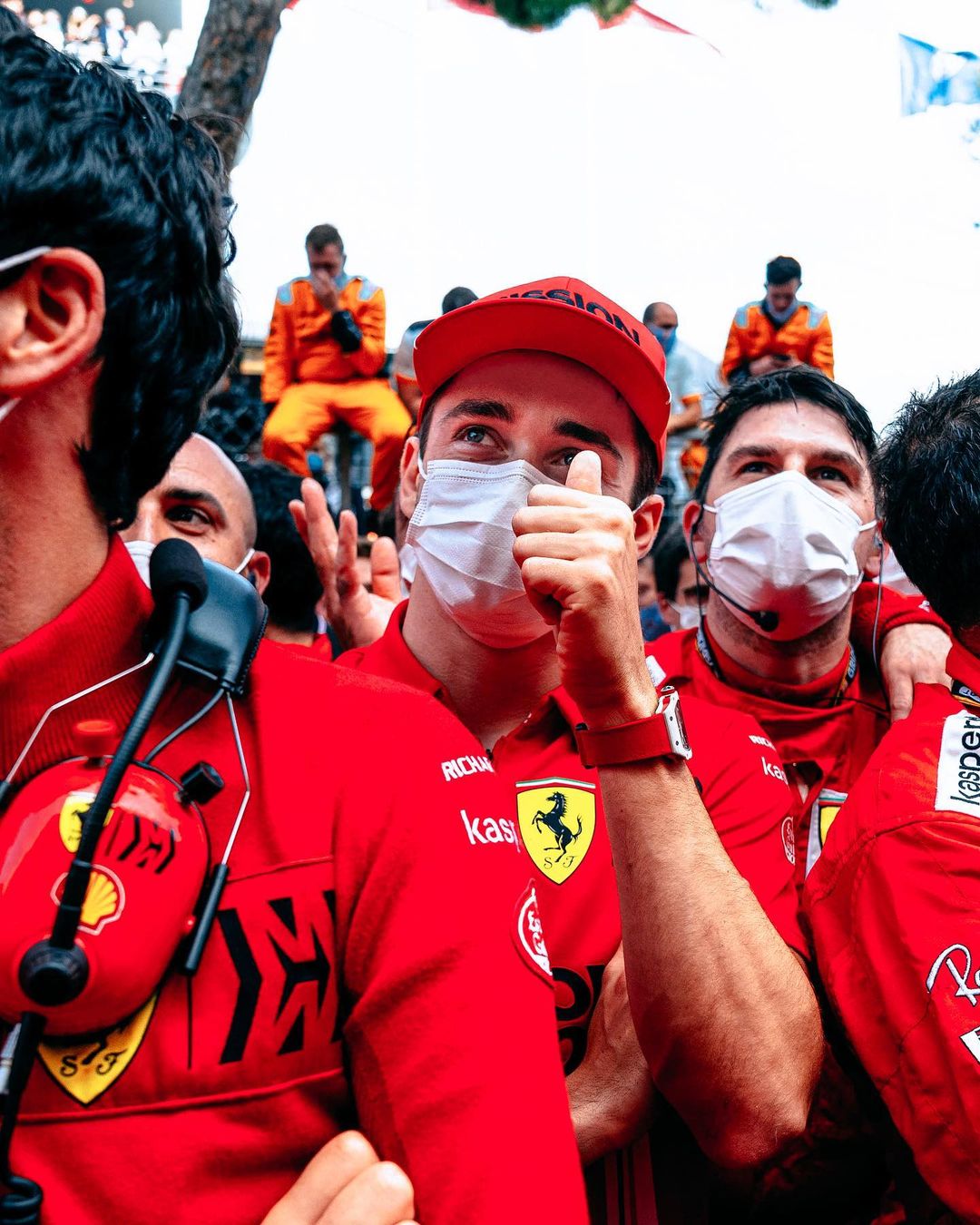 "I think very positive is Charles being under the podium," said the Swiss. "I think it was him showing that he was there to celebrate with Carlos and celebrating with the team as well.

"I think that's very positive, because he's showing the team spirit we've got at the moment. We all believe in our project, and we are all convinced that in the future we will become stronger and stronger."

Assessing his team's Monaco Grand Prix weekend, Binotto felt there were many positives to take away from the event despite the massive disappointment generated by Leclerc's misfortune.

"The car was performing well since Thursday, in all sessions, and I think that's certainly positive considering where we were in the past," Binotto said.

"It shows that the car and the team is developing in the right direction. It is also very positive for Carlos, his first podium with Ferrari.

"Carlos is doing very well since the start of the season, integrating with the team, getting the confidence with the car, and I think he really deserves his first podium with us.

"I'm pretty sure it will not be the last one, and he will get more in the future."