Ricciardo's difficulties in adapting to the Woking-based outfit's MCL35M since the start of the season and his clear underperformance relative to Norris appeared to be rooted in his unfamiliarity with McLaren's car following his switch from Renault.

But Norris, despite his impressive results year-to-date that include two podiums, acknowledged that he's also wrestling to understand a car that differs from last year's contender.

"This year the car is different, and there are different things on the car that you have to drive in a different way," Norris explained on Thursday in Baku.

"I'm still learning a lot now, with every race that we do, about the car. I would say Monaco was my best qualifying that I've done, but I made mistakes in previous qualifying and races because of not knowing about the car enough. 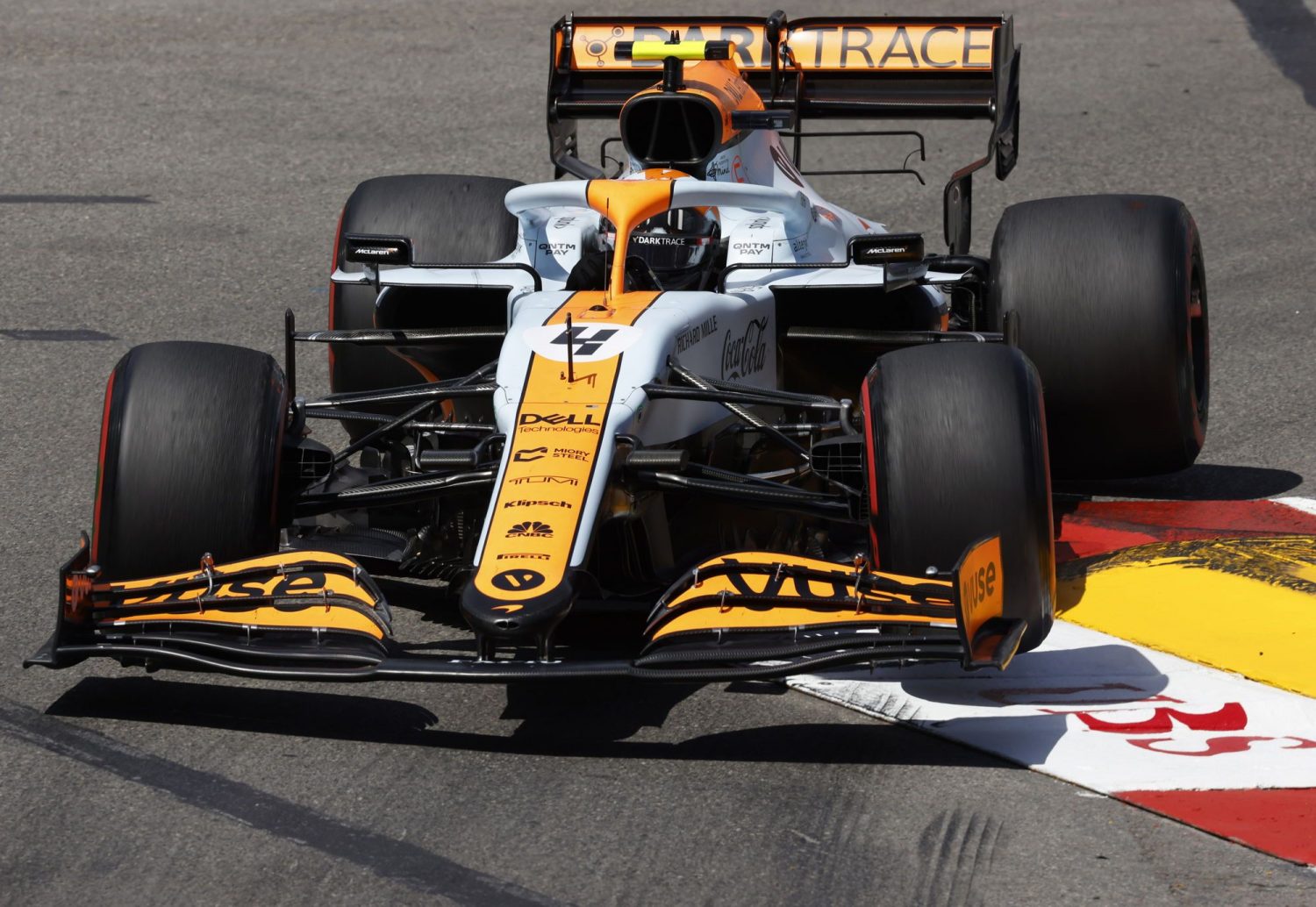 "I'm still learning a lot of things and, especially in Bahrain, for example, and in the first couple of races of the season, I was driving it too much like last year's car and I had to adapt a lot to this year's car.

"So there are definitely a lot of differences and it's not been easy-going from last year, the last two years, to this year."

Norris admitted that his usual trusty set-up approach, honed during is years in the junior ranks, isn't working as expected on McLaren's MCL35M.

"I can't just drive it the same way and then just be a better driver," he said.

"I've had to adapt to a lot of different things, and I still can't necessarily drive it the way that I want to, as a preference from how I drove in Formula 3 and Formula 4 and things like that.

"I can't drive it the way that I want. So a bit of it is just you have to adapt, and every car in F1 is different and you have to get used to it."

After Norris' impressive run to P3 in Monaco, Carlos Sainz said that his former McLaren teammate "should be excited about Baku", alluding to the MCL35M's strong straight-line speed.

"I think we can be confident and optimistic, we can go well," he said. "I don’t think we’re going to be anything extraordinary or unexpected.

"We have a good car and we’ve shown that over the first five races of the season that we have a decent car in most of the tracks.

"But I don’t think we can be confident saying we’re going to be quicker than Mercedes or Red Bull.

"We’ll do our best to keep our heads down and try and get another result like last time."

Leclerc sees Ferrari 'going back to reality' in Baku