Red Bull remained firmly in charge of proceedings in second practice for the Azerbaijan Grand Prix, with Sergio Perez continuing to set the pace on the streets of Baku City.

After topping the morning session, Verstappen seemed troubled by tyre graining and ended FP2 one tenth behind Perez. Ferrari were the closest threat to the Bulls, with Carlos Sainz third ahead of Charles Leclerc who lost his front wing on the batteries early in the session.

AlphaTauri were also looking on the pace with Pierre Gasly fifth fastest, but Mercedes were oddly off colour with neither car making the top ten when the chequered flag came out. Lewis Hamilton was only 11th quickest, and Valtteri Bottas finished the day down in 16th. 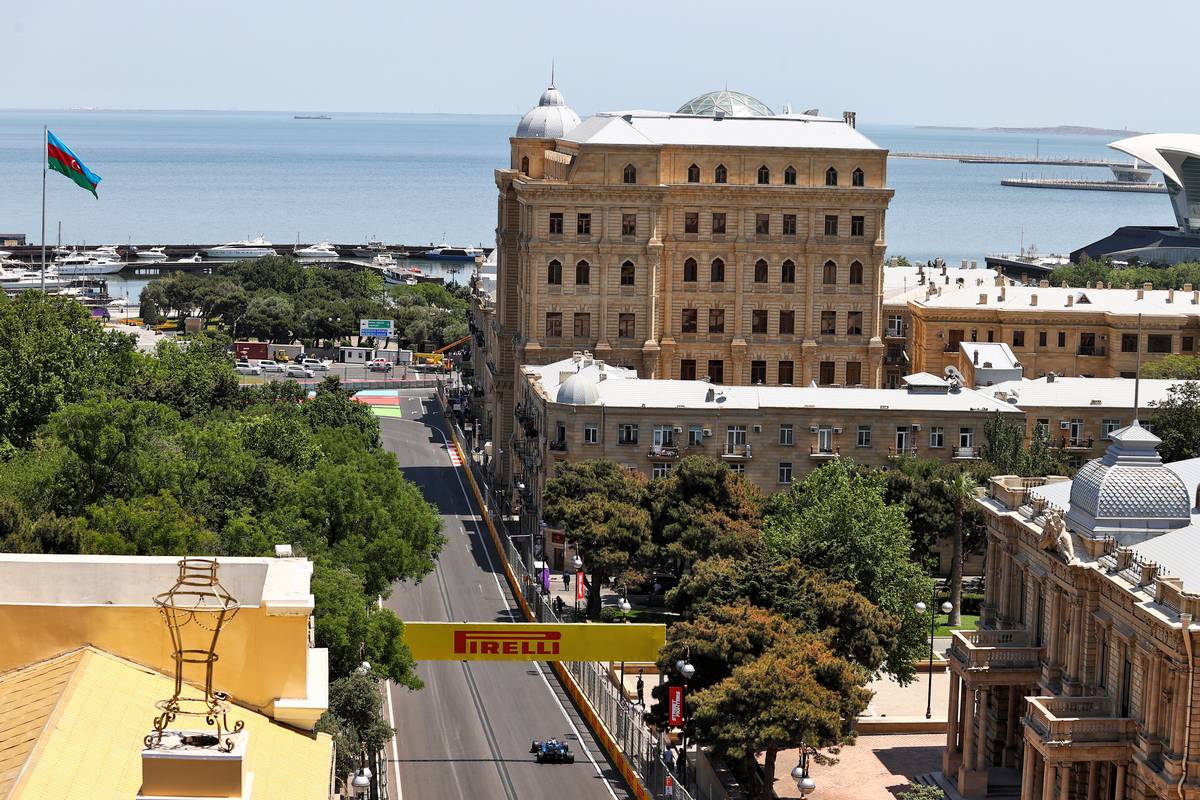 The afternoon sported dry, sunny and very warm weather under immaculate blue skies, but the gusty wind had picked up around the streets of Baku City making the conditions a little trickier for the drivers after a morning session that had already seen a number of minor incidents for several drivers.

Pierre Gasly was first out on the track for AlphaTauti, followed by Alpine's Esteban Ocon. But everyone (with the initial exception of Haas' Nikita Mazepin and Red Bull's Max Verstappen) quickly joined them, and the yellow flags were soon flying again as Valtteri Bottas locked up into turn 1 and went straight on. He wasn't alone, with Sebastian Vettel going for a spin at turn 16, Lando Norris running off at the preceding corner.and Nicholas Latifi having a moment of his own at turn 2.

Of those successfully setting times, Charles Leclerc put Ferrari top with a lap of 1:43.210s just six thousandths of a second quicker than Gasly, with Max Verstappen eventually slipping into third place from Fernando Alonso who was the only early runner with soft tyres on the Alpine. The two Aston Martins plus Haas' Mick Schumacher were on hard tyres but everyone else stuck to medium compounds for their initial outings. Moments later, everyone was shuffled down by Carlos Sainz going narrowly ahead of his team mate, despite complaints from Mazepin that the Spaniard had blocked his own flying laps. 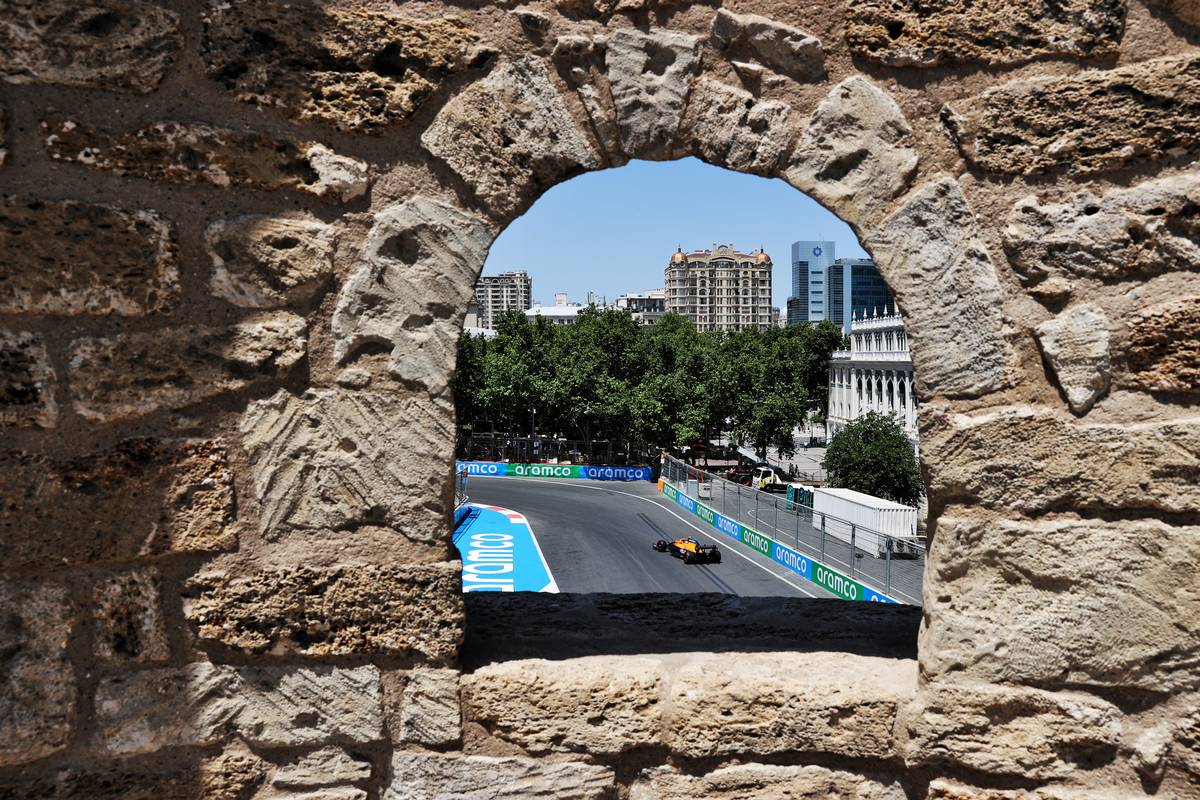 Latifi had run off again at turn 15, and after reversing back on the track the engine on the Williams abruptly died and left him marooned forcing race control to declare the first red flag stoppage of the weekend in order to retrieve the stricken FW43B leaving teams practicing some impromptu pit stops before the session resumed with a little over forty moments remaining for the start of qualifying simulations on soft tyres.

The next flurry of yellow flags were for Yuki Tsunoda running off at turn 2, but he was quickly back on track without the unintentionally comic Austin Powere reversing shenanigans of the morning. It didn't prevent Sainz from shaving almost a second off his own top time with a lap of 1:42.243s, with Leclerc also improving but not by quite as much meaning the gap between the two Ferraris was up to 0.193s with Alfa Romeo's Antonio Giovinazzi moving up to third ahead of McLaren's Lando Norris ahead of Gasly and Verstappen, while Lewis Hamilton's first notable run of the afternoon only good enough for seventh ahead of Alonso.

Not even Sergio Perez could break into the Ferrari monopoly at the top with his first push lap that saw the Red Bull go third, and was immediately pipped by Gasly. Leclerc meanwhile was trying to close the gap to Sainz but ended up carrying too much speed into turn 15 and connecting nose-first with the barrier. It damaged his front wing and left him limping back to pit lane for repairs and checks, while a Virtual Safety Car was declared to allow marshals to clear up the debris left behind that thwarted several flying laps currently in progress. 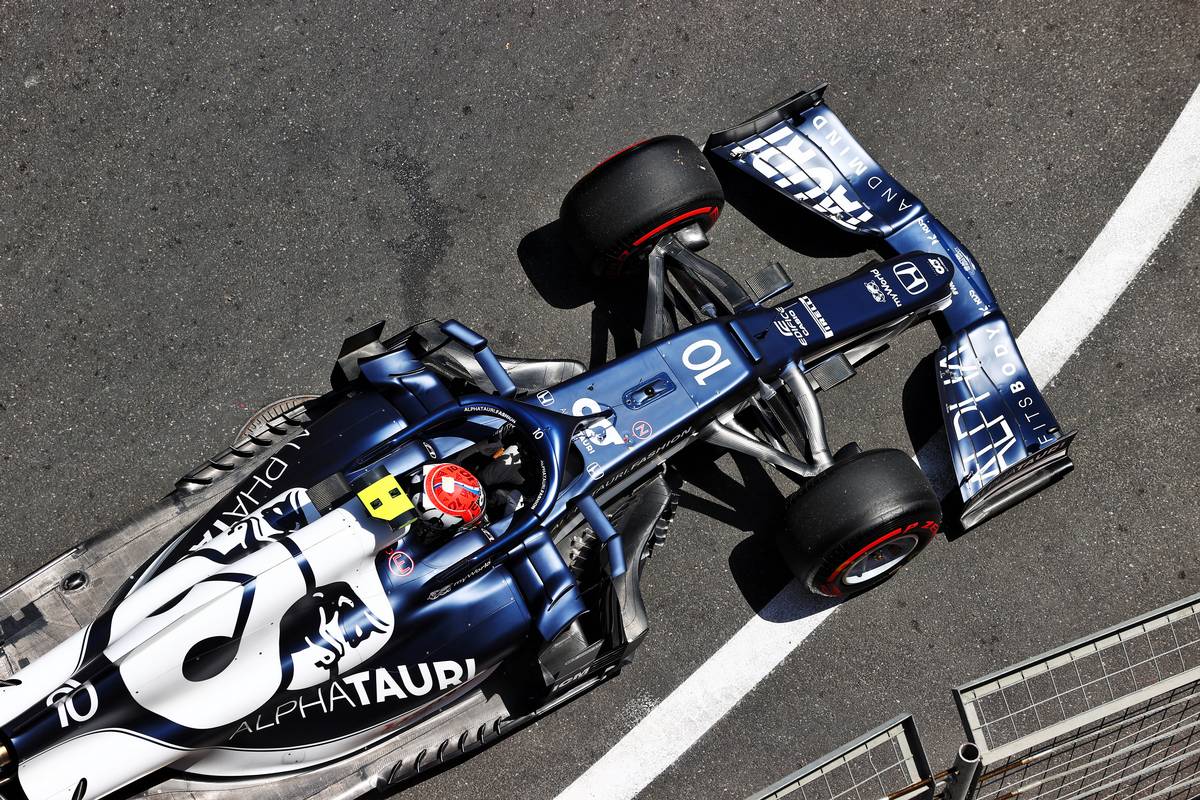 Perez was quick to get back down to work and this time managed to go top with a new effort of 1:42.115s, and Verstappen also leaping up the timesheets to go second. Meanwhile Hamilton's next effort was even more off the pace than before and he was left moribund in ninth and his team mate Bottas even further down in 15th - behind Williams' George Russell - with neither Mercedes driver showing any kind of spark so far in a very stange day indeed for the world champions.

Not that anyone was feeling all that happy with the session with traffic proving a particular headache. Verstappen was also suffering from tyre graining at the front of the RB16B complaining it was 'night and day' compared to the morning when temperatures were much cooler. With 20 minutes remaining the teams started to turn their attention to longer race distance simulations, with Leclerc able to rejoining the effort sporting a brand new front wing on his SF21 but soon suffering graining on the rear tyres and declaring them 'destroyed' after 17 laps, suggesting two-stop strategies could be the order of the day on Sunday if the hot weather persists.

While there continued to be an assortment of incidents - a spin for Bottas at turn 1, another moment for Tsunoda at turn 2 - the overall order was unchanged in the final third of the session with Perez and Verstappen comfortably ahead of Sainz and Leclerc, followed by Gasly, Alonso, Giovinazzi, Norris, Ocon and Tsunoda. Neither Mercedes made the top ten with Hamilton only 11th fastest ahead of Kimi Raikkonen, Daniel Ricciardo, Lance Stroll and Sebastian Vettel. Bottas was marooned in 16th ahead of Russell and Mazepin, while Mick Schumacher managed only 12 laps after being sidelined for a long spell with an oil pressure issue on the Haas, leaving Latifi slowest of all after his engine failure allowed him to complete just five laps in the afternoon.

Alpine would be 'very surprised' to see wing protests in Baku