Ferrari team boss Mattia Binotto says the Scuderia's consecutive poles in Monaco and in Baku were not representative of the Italian outfit's true overall performance level.

Charles Leclerc took the field by storm in the tight and twisty streets of Monte Carlo, stealing the thunder of F1's front-runners Mercedes and Red Bull, and then repeated the feat in Baku two weeks later.

The Monegasque's race in the Principality was over before it started, while Leclerc finished fourth in Azerbaijan where he was unable to hold his own at the head of the field, ultimately crossing the line in fourth position behind Sergio Perez, Sebastian Vettel and Pierre Gasly.

Although Binotto was hoping for a better result given Leclerc's speed in qualifying, but the Scuderia chief also admits that his team isn't racing on the same level as its Red Bull and Mercedes rivals.

"I think obviously there are two cars ahead of us which are still stronger, no doubt," Binotto said in Baku.

"It was great to have pole position both in Monaco and here in Baku, but I don’t think that is reflecting our true performance overall. I think there are two cars which are stronger. 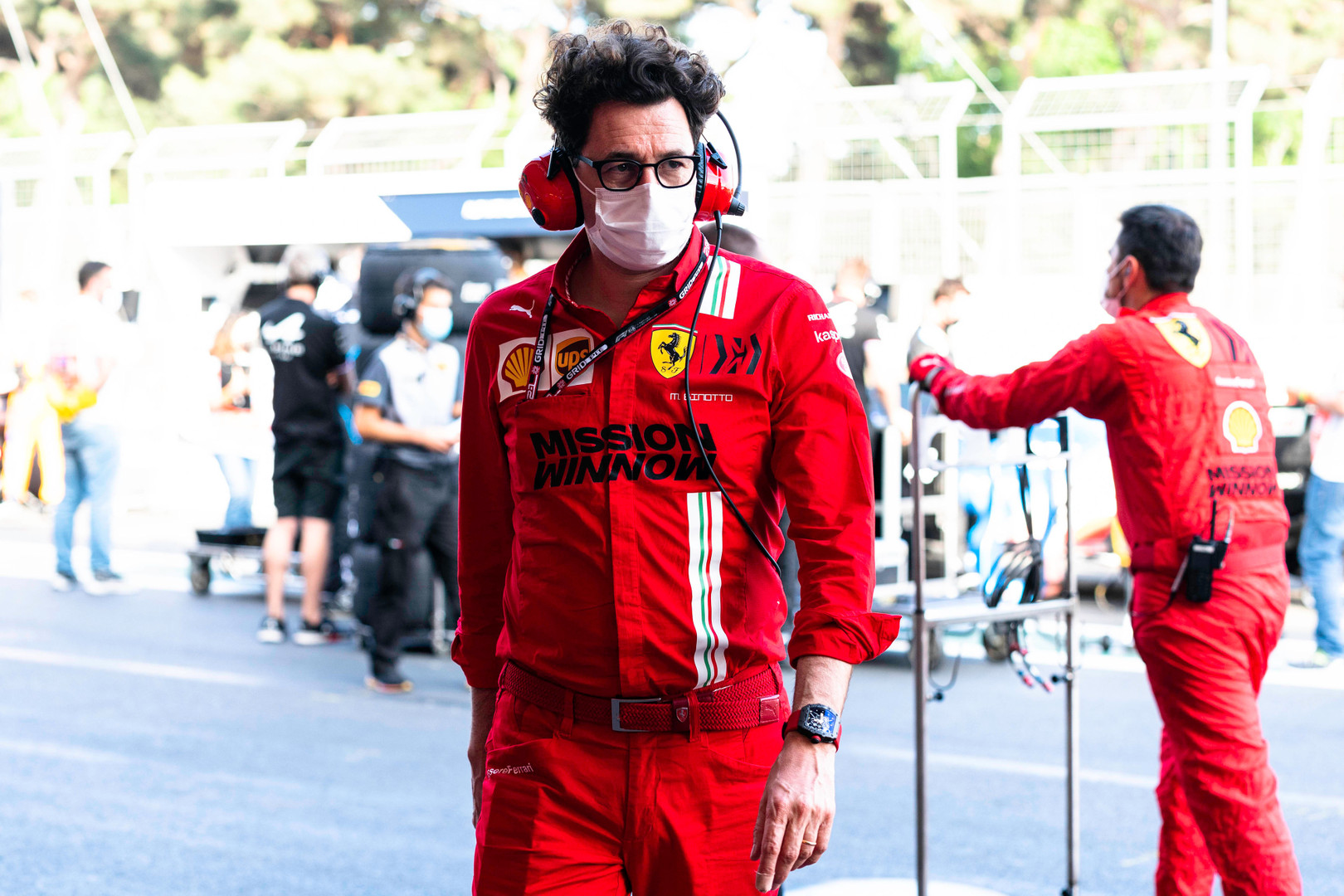 "But we are progressing. We are progressing because eventually we are learning [about] the car, we are exploiting it better compared to the start of the season. And we know that there will be some developments coming in the future.

"So overall, I think that’s where we are. [In the race] I think we were hoping for a better pace overall, seeing the qualy."

Binotto expected both Leclerc and teammate Carlos Sainz to struggle at the outset in Baku on Pirelli's soft compound tyre and in the dirty air. But the Swiss was satisfied with both his driver's pace after their switch to the hard rubber.

"We knew that on the soft, we would have struggled," Binotto said.

"I think as a matter of fact, we struggled the most with the soft. On the hard tyres, when in free air, and I think Carlos in free air pace was representative, we were competitive.

"Certainly we still need to improve our pace in the race, no doubt. But I don’t think that overall, we were poor in performance when in free air.

"We were suffering in the dirty air, which both drivers mentioned, and that’s where we need to focus our analysis."