Hamilton himself came from a working class background in Stevenage, with his father Anthony having to take multiple jobs to fund his son's fledgling motor racing career.

He's been critical of the emergence of pay drivers in the sport, including a number with billionaire fathers including Nicholas Latifi, Lance Stroll and Mazepin himself.

Mazepin's father Dmitry is a Russian businessman and currently the majority shareholder and chair of Uralchem Integrated Chemicals Company.

"We live in a time where this sport has become a billionaire boys’ club," Hamilton complained to the Spanish media last month. "If I were to start over from a working-class family, it would be impossible for me to be here today."

But Mazepin told sports.ru that struggling to find financial backing had always been an inevitable crucial part of the sport.

“Every new driver in Formula 1 has received support from sponsors,” he pointed out. “Some are the makers of energy drinks, one is the richest man in Mexico.

"These are all people who are on the grid today that we could all talk about as well," he said.

Mazepin has been the subject of controversy ever since his full time race seat with Haas was announced in November. As well as a high number of on-track incidents as he finds his feet, he's also ruffled feathers with his outspoken views.

Mazepin even angered his current team mate Mick Schumacher with an aggressive move at the final restart in last weekend's Azerbaijan GP which led to the German explaining "Seriously, does he want to kill us? Wow!" over the team radio. 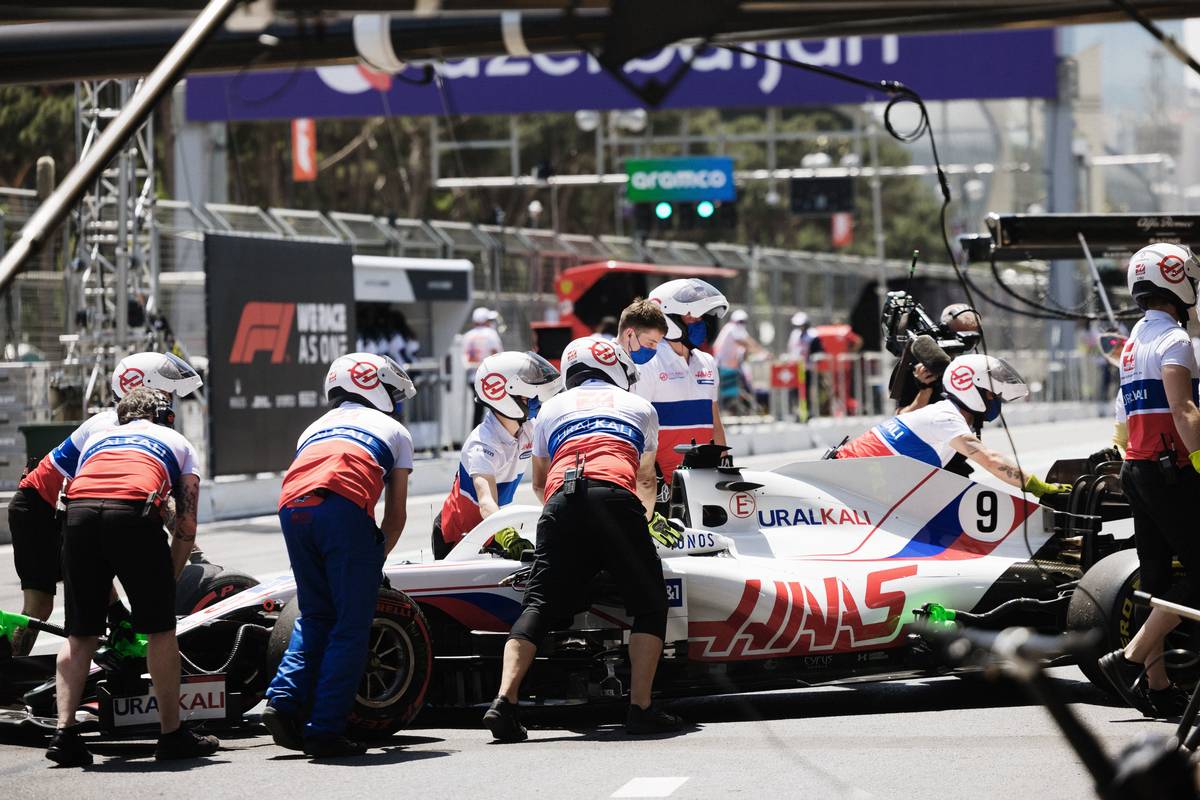 But Mazepin said that there had been no friction with Hamilton when the two had encountered one another around the paddock or on pit lane.

"We've always had a very correct relationship," he insisted. "We haven’t communicated much, but in the paddock everyone is very polite so I don’t feel anything negative.

“Of the drivers I have seen, I have very good relationships with all of them. I would especially point out the older generation such as [Fernando] Alonso and [Sebastian] Vettel.

"Very nice men," he added. “I remember seeing them as a child as superheroes and now I see they are very open and down to earth.

"[But] due to Covid the F1 teams are stuck in these bubbles, so I’ve actually seen and talked with very few people."

But public support for Mazepin from other drivers has been somewhat conspicuous by its absence, with McLaren's Lando Norris a rare exception.

Following the season opener in Bahrain, Norris talked in support of Mazepin during one of his social media streams.

“My manager, who used to work with Lando, sent me that video,” the Russian driver said. “I think he [Norris] has also found himself in difficult situations in his career.

“During the stream he simply disagreed with those who joined in on the hate about me. I have to say I was really happy about that. I have always had a good relationship with him.”