Lando Norris says Ferrari outperformed McLaren on pure pace at F1's recent venues, but the Scuderia's errors have allowed the Woking-based outfit to remain in the wake of its rival in the championship.

Ferrari and McLaren head into this weekend's French Grand Prix separated by just two points in the Constructors' standings where the two teams stand respectively P3 and P4.

But the Italian outfit's points tally, and thus its advantage over McLaren, could have been more important without a few mistakes that impacted its results.

Poleman Charles Leclerc was denied an opportunity to race in Monaco following a drive-shaft failure on his SF21 on the way to the grid, while Carlos Sainz was forced to battle his way back into the points in Baku after an early off in the race. 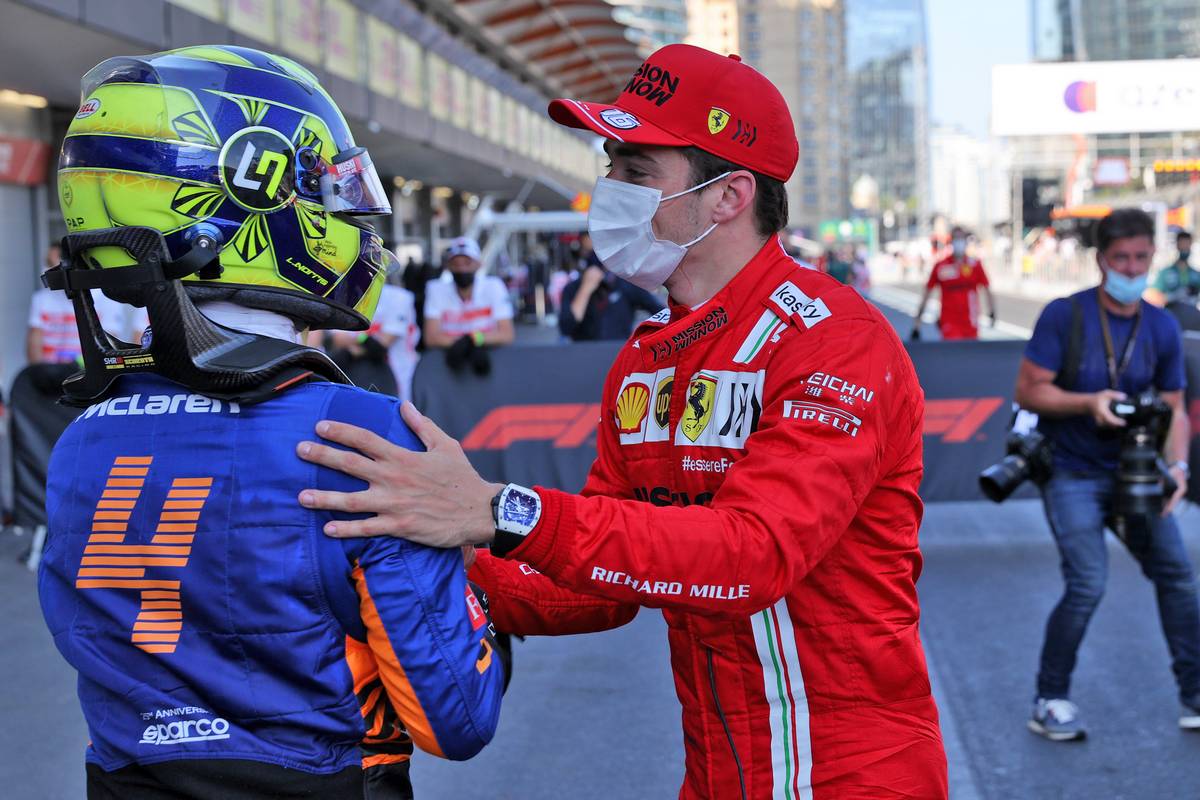 "A couple of the tracks lately have suited them. I’m hoping that we can be a little bit more competitive this weekend, but they are getting better.

"They are always making improvements, as are we, and we are trying to improve in every area.

"They’ve been very quick on Saturdays. Charles has been on pole twice. But then they have made more mistakes and struggled more on Sundays.

"That is where we have gained some of it back, and looked a bit stronger.

"So trying to continue that with the points being on Sunday and not Saturday, that is good for us and coming into our favour, but as a car they generally have been quick in qualifying on Saturdays."

Norris reckoned that his slightly more conservative approach on race day has improved his consistency, which is reflected in his results as the Briton remains the only driver on the grid to have finished among the top-ten at every event so far this season.

"It is good for me and us as a team, especially from where we are in the Constructors’," he said.

"We are very close with Ferrari, so these kinds of things add up at the end of the season.

"Even if it is one point or two points, it can still make a good difference, so it is good. I’m doing what I can.

"It depends, sometimes you want to take more risks and go for a better position. But also I feel like I have made good decisions to be on the safer side sometimes and not take too many risks.

"Like in Baku, I was down to 12th after lap one and things are not looking so good. But I still ended up fifth. It is good for me and us as a team. And that is what we need to continue."