Lando Norris reckoned he had extracted the most from his car and the circumstances in Sunday's Styrian Grand Prix that the McLaren driver finished a lonely P5, or 'best of the rest'.

Norris started his race at the Red Bull Ring from third, courtesy of Valtteri Bottas' grid penalty, and tried his best to defend his spot from Red Bull's Sergio Perez before he wisely gave way to the faster Mexican and to Mercedes second fiddle Valtteri Bottas.

From there on the McLaren driver enjoyed a relatively solitary run to fifth, one lap behind the leaders but almost seven second clear of sixth-place man Carlos Sainz.

"I think it’s the best we could achieve today," said Norris. "In some ways it’s a positive that we had a lonely, easy race, but I think we still learned some things.

"The Ferraris were very fast as well and I think next week, they can be much more of a threat if they start with a good position and don’t have any incidents. 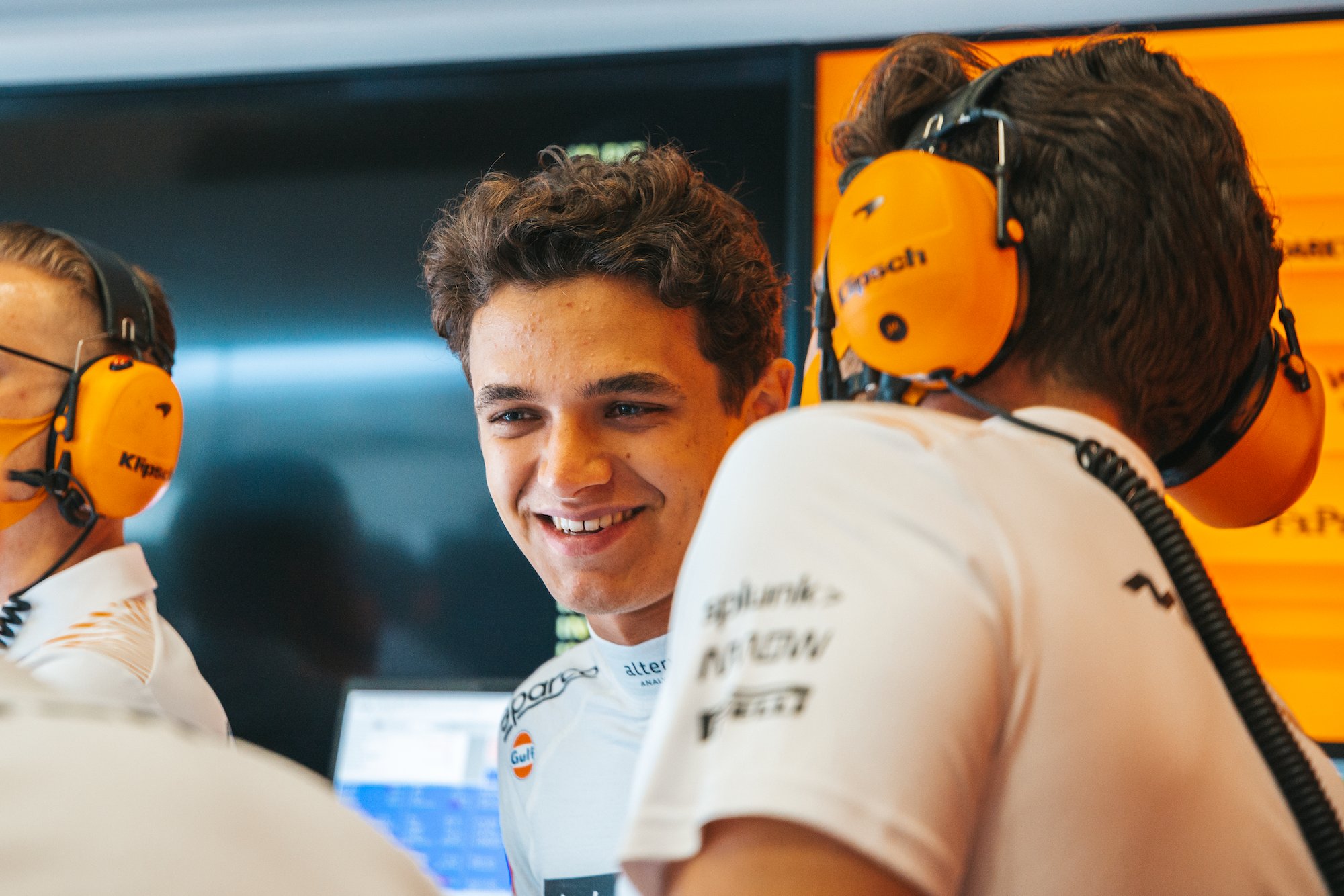 "So apart from that it was a pretty straightforward race on my part.

"I think we struggled a lot in the beginning but it got better towards the end so just need to figure some things out, try and improve but P5 I’m happy with."

Norris upheld in Austria his track record as the only driver in the field to score points in every race this season.

But the young Briton, while happy overall with his display, was still a bit miffed by the significant gap between himself and the front-runners in the race.

"I remember last year if we had a P5 it was like, wow, a win!" said Norris. "But I guess every time you get to that position and you get comfortable with it, you always want a little bit more and you want to achieve a bit more.

"So it’s annoying because [the frontrunners] were so much further ahead today.

"So it’s frustrating because we want to improve, but I guess for a while you’re not going to see us do a lot better than that on pure performance."