The McLaren team has admitted that Lando Norris faces a real and significant possibility of a one race ban after accumulating ten penalty points on his F1 superlicence over the course of the last 12 months.

Two more points would trigger an automatic and mandatory one-race ban, which is something that the management at Woking is having to take very seriously.

"It's not reassuring. There is a fundamental risk," McLaren team boss Andreas Seidl said in an exclusive interview with RTL/ntv this week.

A ban for Norris became a major threat for Norris after he picked up a further two penalty points for forcing Sergio Perez off-track in the opening stages of the Austrian Grand prix last week.

"I didn't even squeeze him off," Norris complained after also serving a five second penalty during the race for the incident. "You understeer around the corner anyway, he should have expected that he wasn't going to make it."

Despite the threat, Seidl doesn't want Norris to be too concerned with the situation or drive differently as a result.

He said that Norris should still strive for "maximum performance" and shouldn't make himself "too crazy". And he said that the FIA needed to "fundamentally consider whether this point system should not be reconsidered."

He said that it was "right and important when it comes to drivers doing dangerous things," while adding: “But not for incidents like on Sunday.

“I think we all agree that in an incident like with Checo it is not in the interests of Formula 1 and sport if a driver is suspended for a race because of such an incident. 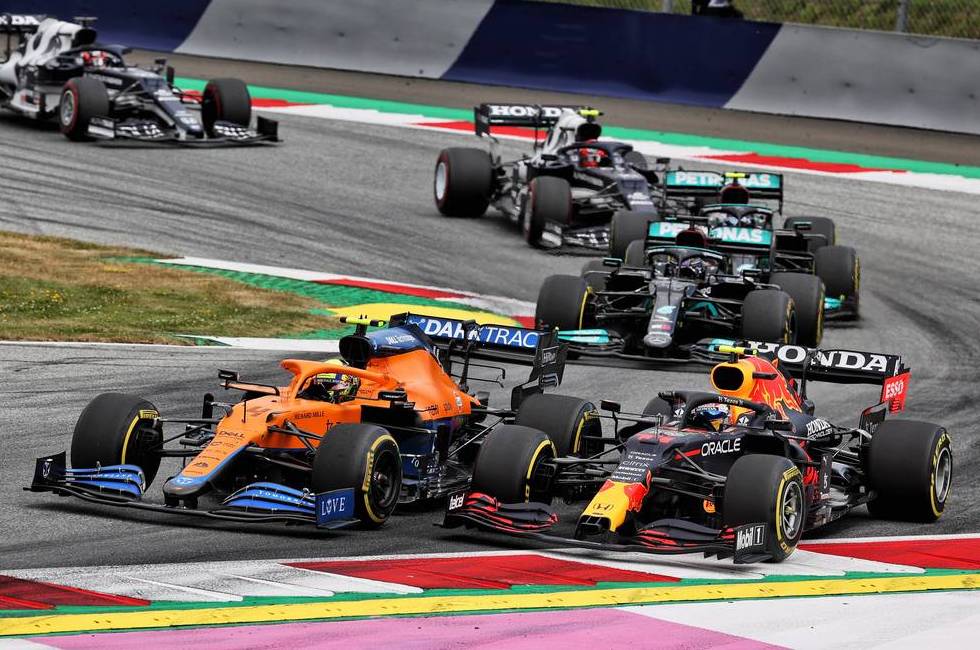 "We will hopefully find another solution for the future," he said.

Seidl confirmed that the team had a contingency plan in place in the event that Norris was suddenly unavailable for a race.

"We have an agreement with Mercedes regarding reserve drivers," he said, adding that the first choice would be former McLaren driver Stoffel Vandoorne who now competes for Mercedes in Formula E.

Another former F1 driver Nico Hülkenberg is an additional possibility, with Seidl saying that nothing had been ruled out at this point.

Hulkenberg was in action for Racing Point on two occasions in 2020 when first Sergio Perez and then Lance Stroll tested positive for coronavirus and had to self-isolate. The German driver is thought to be on Williams' shortlist for 2022 if Mercedes decide to pick up George Russell.

Norris does have some breathing space with two of the existing penalty points due to expire before next weekend's British Grand Prix.

Meanwhile Seidl praised the driver for his recent performances which have yielded three podiums in 2021 at Imola, Monaco and the Red Bull Ring. It's helped McLaren move ahead of Ferrari for third place in the constructors standings.

Norris himself is currently in fourth place in the drivers championship behind Max Verstappen, Lewis Hamilton and Sergio Perez, with nine points in hand over Valtteri Bottas.

"Results like last Sunday are of course pure motivation for the whole team," he said. "That is the greatest reward for all of us."

He added that he was good to see smiling faces at the team's Woking headquarters,