Valtteri Bottas could be racing for Alfa Romeo next season as George Russell's move to Mercedes for 2022 appears more and more likely.

Mercedes' official stance on its future driver line-up is that it will decide its second seat alongside Lewis Hamilton during the summer break, with Bottas and Russell the only candidates being considered for the plum drive.

"We have to put our heads together in Brackley and discuss the matter with Mercedes in order to work out what our future driver pairing should look like," Wolff told Motorsport-total.

"We will come together over the summer, reach a decision then decide how we want to communicate this."

However, speaking to RTL during the British Grand Prix weekend, Wolff suggested that a decision had perhaps already been reached.

"We will see what decision we make – or have already made but not yet said. Unfortunately, I have no news, I still don’t know which direction it is going," said the Austrian who concluded his comment with a wink! 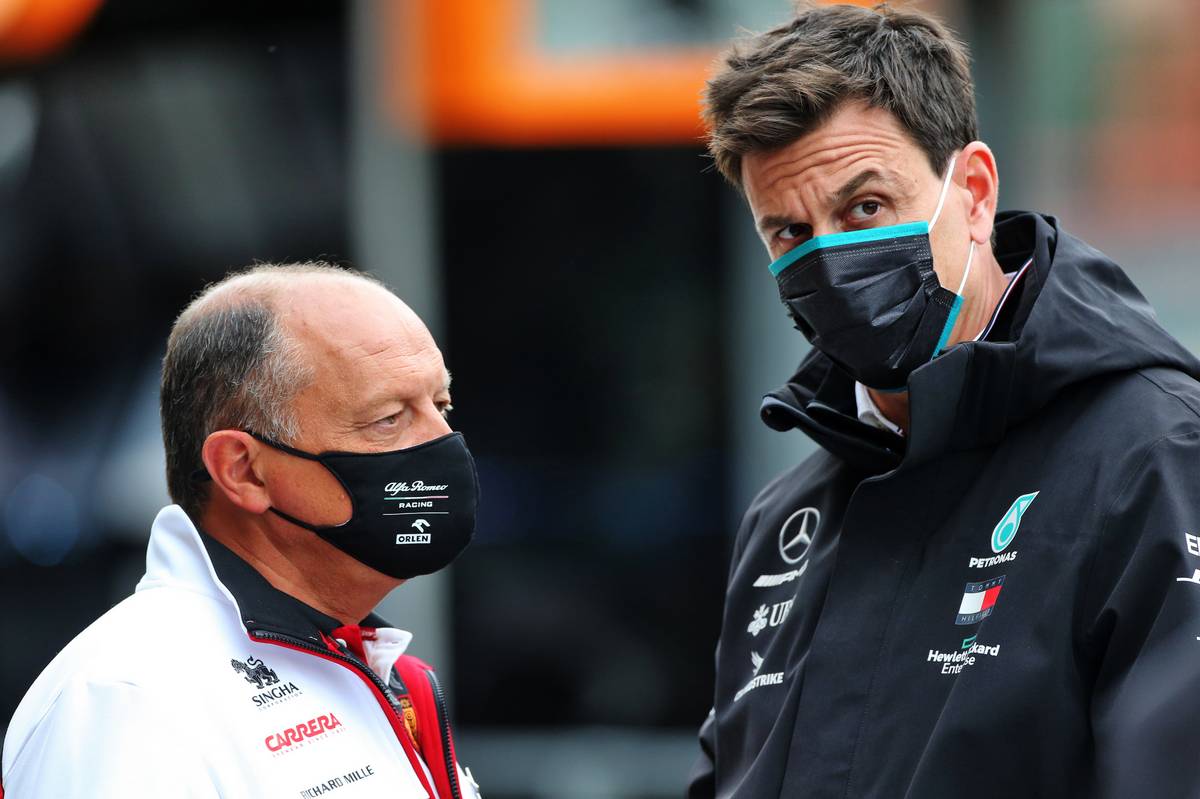 Should Bottas need to find himself a new employer for 2022, the most logical option would appear to be a straight swap with Russell between Mercedes and Williams.

But the Finn is rumored to have dismissed such a prospect, fearing it would leave him stranded at the bottom of the grid.

Discarding Williams would offer Bottas just one other solution: Alfa Romeo, a team managed by Fred Vasseur, a close friend of Wolff who, as a reminder, manages Bottas' interests through his partnership with driver manager Didier Coton and their company Aces Management.

According to Motorsport-total, initial discussions have already taken place between Bottas' management and Vasseur.

The Hinwil squad recently announced an extension of its association with Alfa Romeo. However, Vasseur will have a free rein to decide his driver line-up and the Frenchman has already suggested that he could proceed with a complete refresh for 2022.

It's likely that the Swiss outfit will retain a young talent – although Antonio Giovinazzi may no longer fit the bill. But Bottas could prove a worthy and useful recruit to replace 41-year-old Kimi Raikkonen.

Either driver's experience would come in handy next season when teams will field all-new cars designed around F1's new regulations, but Bottas, still being in his prime, would seem like a better option than the ageing Iceman, F1's senior citizen.

Regardless of who Mercedes chooses to place alongside Hamilton, the seven-time world champion will accept his employer's decision.

"Lewis is okay with both scenarios," said Wolff. "And he understands the pros and cons that speak for Valtteri and George.

"Lewis has never tried to influence the decision and he has no preference as to who should be in the car.

"He likes the relationship with Valtteri, and we know it too. But he never said that he would like this or that best."