Toto Wolff has sparked some speculation that Mercedes FE drivers Stoffel Vandoorne and Nyck de Vries are candidates to fill a potentially vacant seat at Williams next season, insisting both drivers "deserve to be in F1".

Mercedes is widely expected to nominate George Russell as Lewis Hamilton's teammate for 2022, a move that would obviously leave a free spot at Williams to which the German manufacturer supplies its engines.

It is believed that Mercedes incumbent Valtteri Bottas has dismissed a return to the Grove-based outfit with which he began his career in F1 in 2013, but would consider a transfer to Alfa Romeo Racing.

Speaking in London this weekend where he is attending Formula E's event in the City, Wolff insisted that he was delighted with Vandoorne and de Vries' efforts for Mercedes in the all-electric series but acknowledged that both drivers' talent was worthy of a seat in F1.

Vandoorne raced full time for McLaren in 2017 and 2018, working at one point alongside then team boss Jost Capito who now leads Williams', while de Vries, also a former McLaren protégé, has never raced in F1. 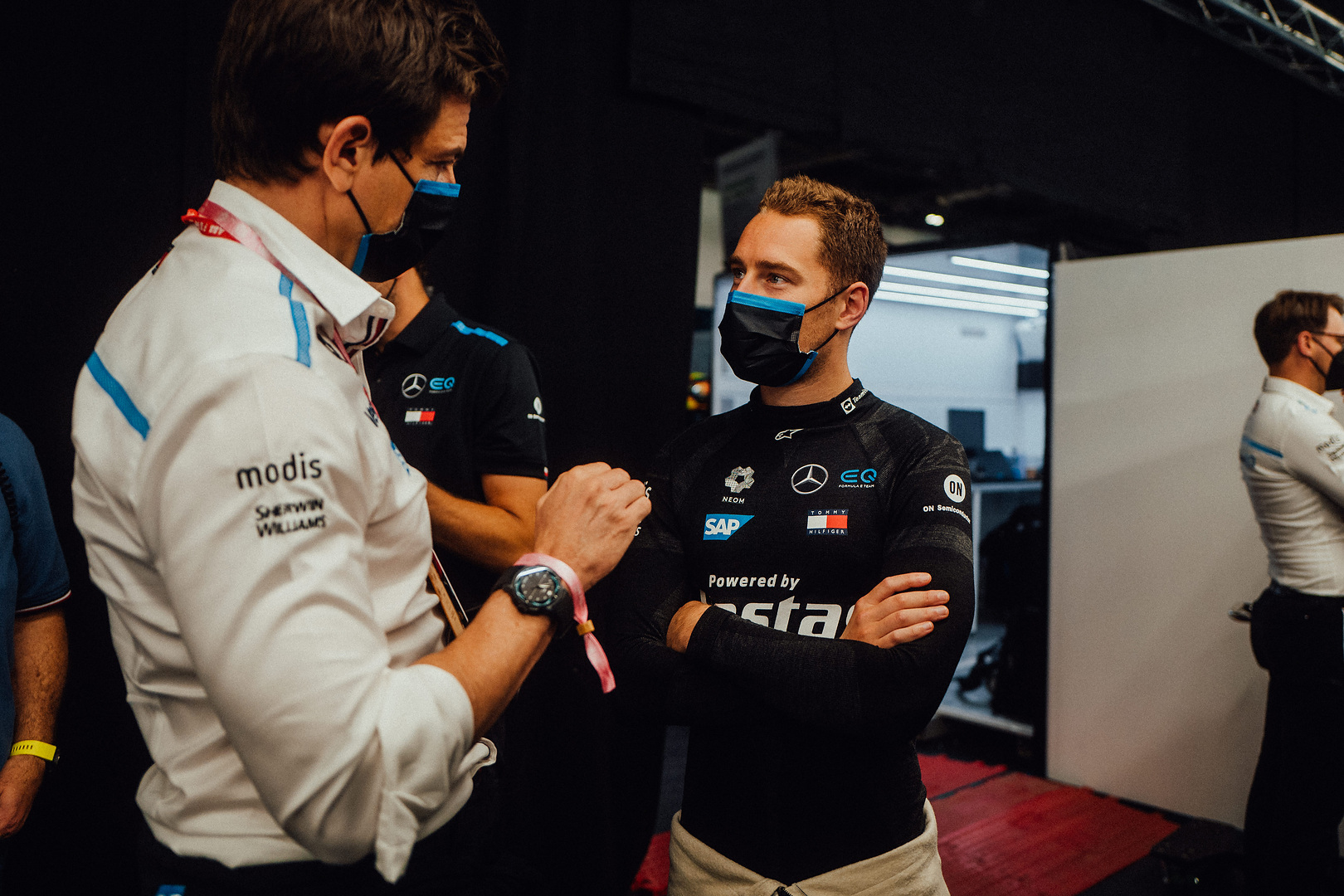 "Both drivers have the talent and the work ethic and the intelligence to be in Formula 1," said Wolff. Both of them won the most important junior series [the FIA Formula 2 championship, formerly the GP2 Series].

"Stoffel was thrown in a situation with McLaren that was difficult to handle back in the day. They both deserve to be Formula 1 and I would very much hope they can find their way back.

"I'm really happy having them as our drivers in Formula E, I couldn't wish for anybody else. But I would never be in the way of any driver if they were to have the possibility of driving in Formula 1."

Vandoorne is obviously aware of a potential overture at Williams, but admitted that an opportunity to return to the grid in F1 wasn't "in the back of his mind".

"I've been there with McLaren, not in the best conditions, let's say," said the Belgian, quoted by Motorsport.com. "For me it's not like a must, it's not an obsession, like I have to be there.

"Things are on the up [at Williams] but it's not in the back of my mind."

As for de Vries, the Dutchman isn't oblivious of the potential Williams vacancy, but insists his current priority is on "succeeding" with Mercedes in Formula E.

"I'm very happy with Mercedes and Formula E, and this is where I want to be succeeding," he said. "Whatever happens in the longer or mid-term future, I don't know."