McLaren team boss Andreas Seidl says its "not unrealistic" for Lando Norris to finish third in the Drivers' standings given the Briton's run of form and the level of performance of the team's car.

Norris is currently the only driver on the grid to have scored a top-ten finish in every race this season, a impressive feat that has helped the McLaren charger tally up 113 points in the championship so far, a total only surpassed by Max Verstappen and Lewis Hamilton.

But Mercedes' Valtteri Bottas and Red Bull's Sergio Perez – armed in theory with faster cars – are respectively just five and nine points behind the young Briton.

"Whether it is a realistic target is difficult to say because the Red Bull car and the Mercedes car is clearly a better car," commented Seidl on whether Norris can hold off his two adversaries and finish on the drivers' podium this season.

"Valtteri and Checo have shown some great races this year and also from the past, what they can do. 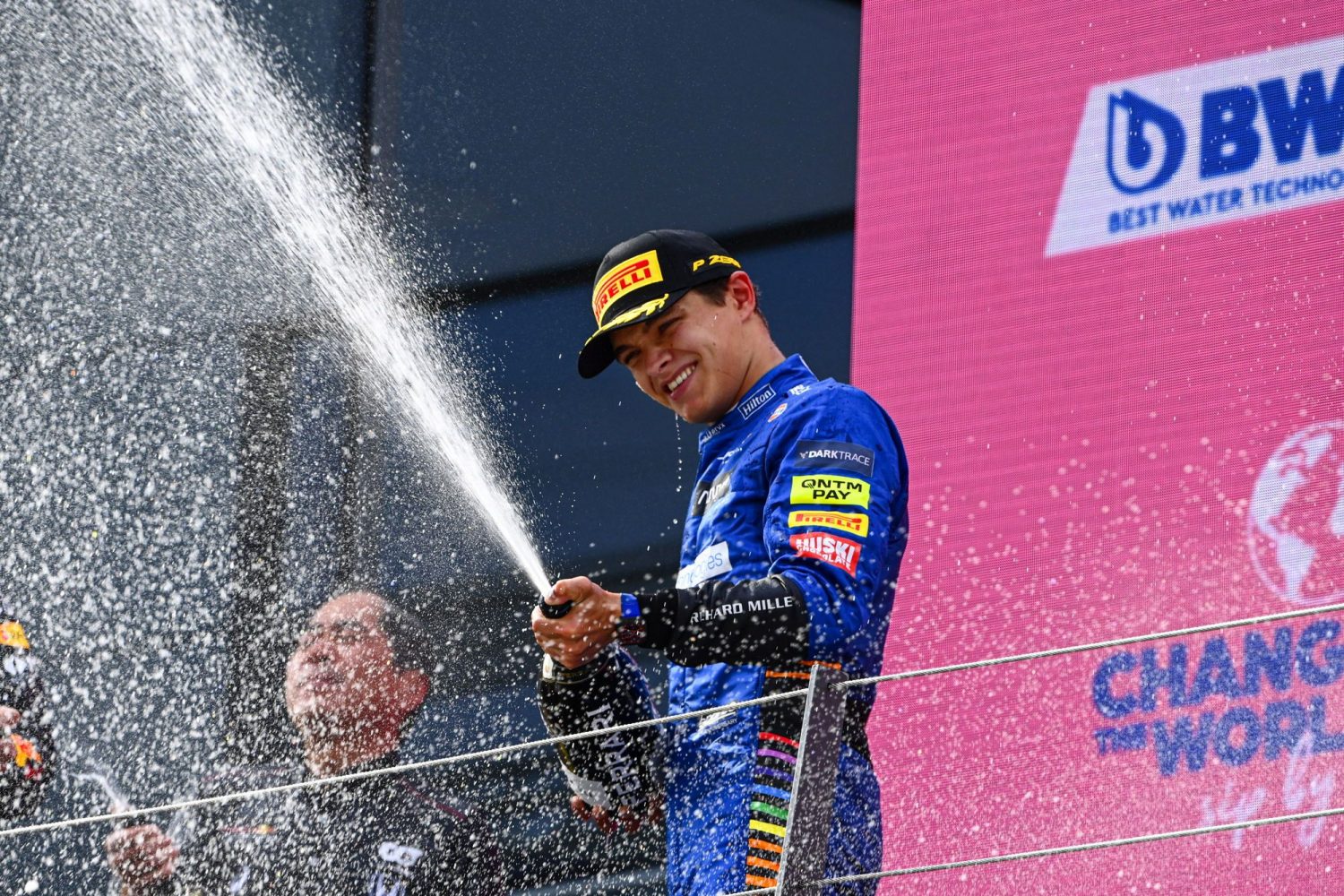 "So obviously down to the strong performance by Lando together with the team and the competitive car we have this year, we’ve managed after 10 races to be in P3 so it’s not unrealistic to stay there.

"Let’s see what we can do in the second half of the season plus we have to be honest as well, one time or another something goes wrong on the Red Bull side or the Mercedes side because we are not in a position purely on performance to beat them."

Despite Mercedes and Red Bull's performance edge, McLaren's strong execution allows the Woking-based outfit to take advantage of any misstep from F1's frontrunners.

"Of course we wake up in the morning because we want to win races, that is not possible at the moment, yet, down to our own fault so we try to do better races in terms of strategy, or in terms of staying out of trouble more than the others or luck from time to time," said the German.

"And these all combined put us in the position we are in at the moment, again thanks to the great performances of the drivers and the team at the track and back home."