After enduring five consecutive defeats against championship rival Red Bull, Mercedes spared no effort ahead of last weekend's Silverstone round to try and bridge the gap to the Milton Keynes-based outfit.

The Brackley squad rolled out an update package for its W12, which incited Hamilton to put in the hours in the team's simulator – a rare undertaking for the Mercedes driver – to trial various settings before hitting the track.

The Briton even spent time in the sim on Friday morning ahead of the weekend's first practice session in order to perfect the team's preparations for what is believed would be a crucial weekend. 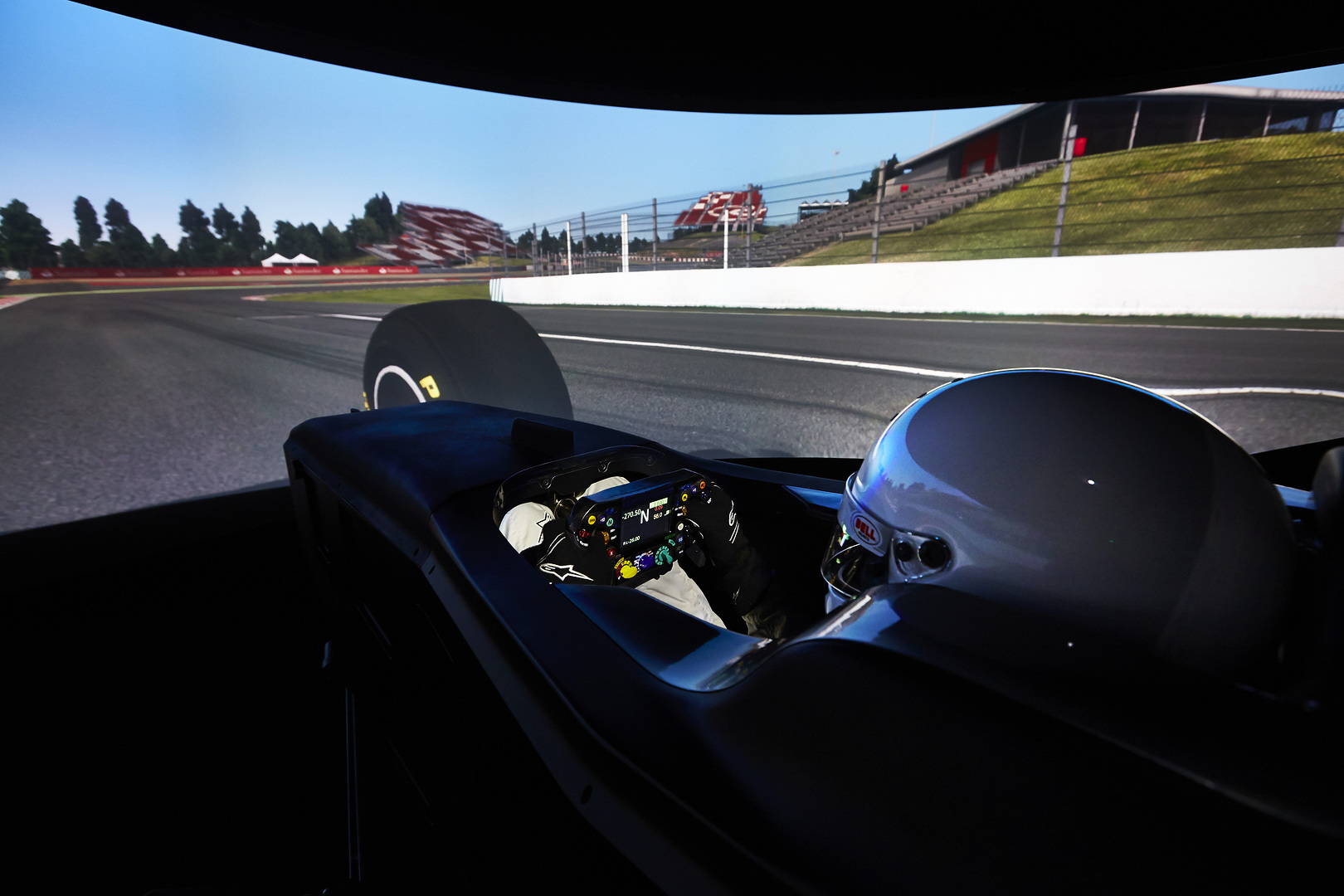 "I was just putting in the time, trying to give absolutely everything and leave no stone unturned," he revealed after setting the fastest time in qualifying.

"We did a practice session and just trying to develop it, trying to give the guys as much information as possible as we’re developing the car."
Mercedes usually relies on former F1 driver Anthony Davidson for its sim sessions, in terms of preparation or development.

But Wolff believes that this year's fierce title fight coupled with the tool's development over the years finally convinced Hamilton of the sim's value.

"Yeah the simulator wasn’t his most favourite tool in the past but I think we’ve developed it to a level that is quite good and made it best in class and he’s started to see the benefits of it," the Austrian explained.

"This fight is so tough that you need to just grab every single marginal gain and that’s why we’ve progressed together to better understand the car also with the tool of the simulator.

"We halved the [car's] deficit in terms of performance and you just need to mobilise everything in your arsenal of weapons and that’s what he’s doing as a driver and we as a team."

Masi: F1 'should be proud' of Sprint Qualifying debut