Valtteri Bottas doesn't believe his responsibility in the opening lap chaos that marked last weekend's Hungarian Grand Prix will have a bearing on his future with Mercedes.

Bottas misjudged his braking at the first corner amid the tricky conditions that prevailed at the start of the race in Hungary. The Finn ploughed into the rear of the McLaren of Lando Norris which in turn hit Max Verstappen's Red Bull while Bottas careered into the Dutchman's teammate Sergio Perez.

It was another costly incident for the Milton Keynes-based outfit but also for Mercedes as Bottas' damaged car was out on the spot.

Bottas owned up to a mistake that compelled the stewards to sanction the Finn with a five-place grid drop at the Belgian Grand Prix, F1's the next round of racing after the summer break.

"Obviously my mistake," said Bottas. "I was the one coming from behind and it's up to me to brake early enough but I misjudged the braking point.

"It shows it's not so easy in those conditions to predict, but I should have braked earlier, because when I started braking, I was closing in, then I locked the wheels and I hit Lando, and that caused the whole mess. So, my misjudgment and my mistake." 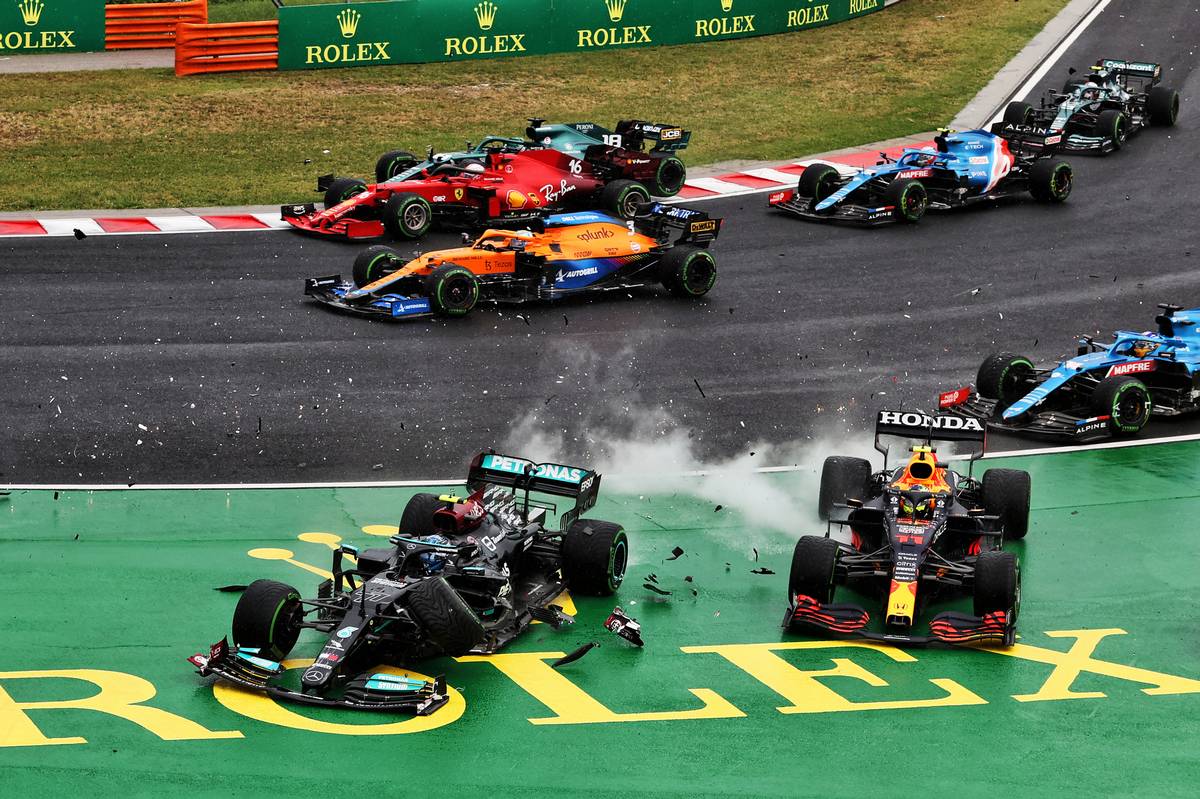 Bottas' blunder in Hungary has come as Mercedes is evaluating whether to keep its driver line-up unchanged for next season or to replace Bottas with George Russell, with a decision anticipated in the coming weeks.

Bottas said that after Sunday's events, Mercedes boss Toto Wolff made no reference to his future.

"We didn't speak about [my future]," said the Finn. "I don't think one race will influence anything. I don't think so. We'll see in the next weeks what happens.

"If I'm honest, it would be nice to race next weekend and try and get a good race.

"But I guess it's time for a break and try to come back strong and try and have a positive start to the second half."