McLaren F1 boss Andreas Seidl says the damage suffered by Daniel Ricciardo's car in the opening lap pile-up in Hungary led to a "huge loss" in performance in the race for the Aussie.

Ricciardo and Red Bull's Max Verstappen were the only drivers involved in the Turn 1 melee at the first corner that survived the carnage and were able to continue, although both cars were heavily damaged.

The McLaren driver tried his best to uphold a position among the top ten but the performance loss was just too great and Ricciardo ultimately brought his damaged car home a lowly P12.

In hindsight, he would have preferred to have been eliminated on the spot like others rather than endure a "long and painful" race.

"I know that sounds negative, but because you have damage your race is so compromised," the Aussie explained.

"Of course you want to do the race to see if you get some points, maybe there’s some other crazy things that happen, but it was a very tricky race for us after that. 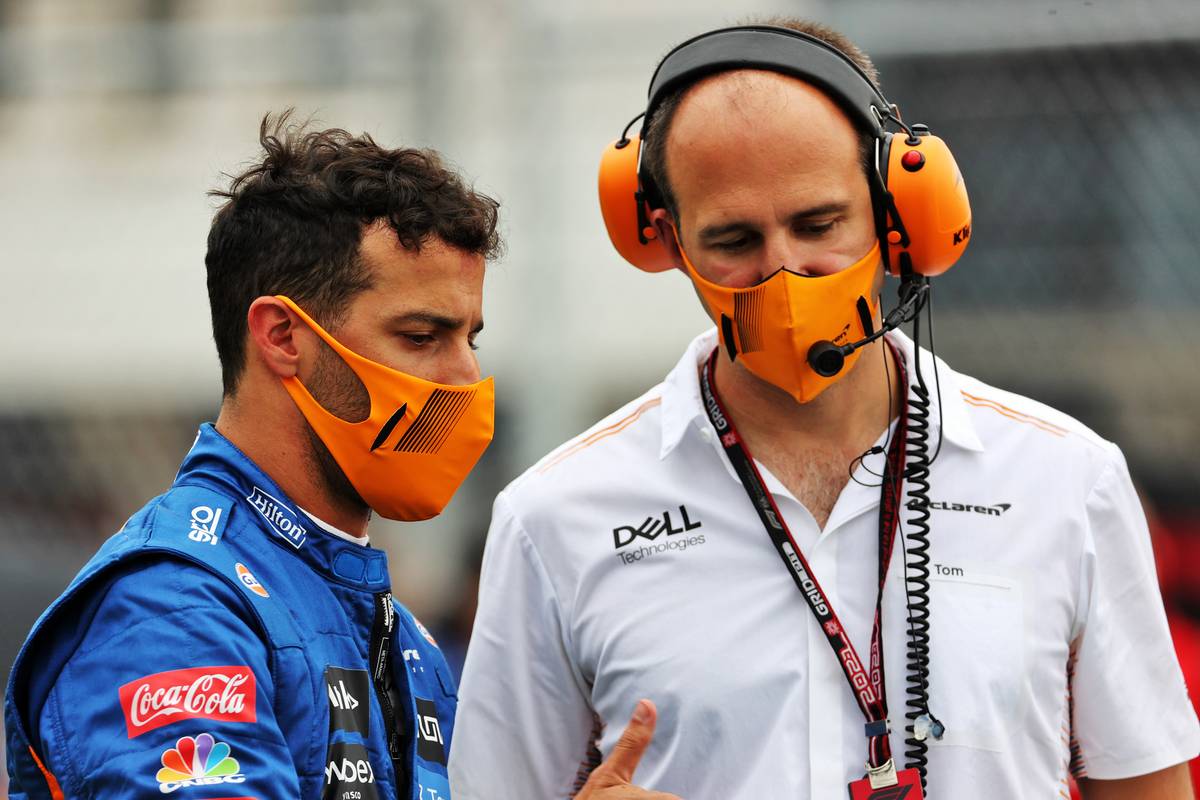 "It was enough [damage] to make it a long and painful race. We were able to hang onto the points for a while, but we could not go through the field.

"It stopped us from attacking. Every time we got close we lost so much more downforce. I feel pain for me in the car but also for the whole team.

"My race and Lando’s race were done. A tough one for the team."

Seidl estimated that the damage sustained by Ricciardo had cost him a massive amount of time and performance out on the track.

"On Daniel’s car, I think the front wing was damaged, then the bargeboards," Seidl said.

"The new ones got damaged heavily and the floor on the side front of the rear wheels on the right-hand side was damaged as well.

"So huge loss, probably seven, eight tenths a lap plus obviously the consequences it has then on the stint."

Seidl said the team was left with no real solutions in terms of strategy to try and mitigate the performance deficit.

"We simply didn’t have the pace with all the damage the car had to hang in there until the end, he said. "Daniel tried but he was also stuck behind George [Russell] for quite some bit.

"He destroyed his tyres and in the end - plus with the damage he had - the degradation was quite a bit higher than normal, so we had nothing left in our hands to fight for anything unfortunately."