Mercedes has ultimately admitted that its decision not to bring in Lewis Hamilton at the end of the second formation lap in Hungary was the "wrong" call.

The second standing start at the Hungaroring was the scene of a historic first for Formula 1, with a single car - Hamilton's Mercedes - lining up on the grid while the remainder of the field was in the pits undergoing tyre changes.

Given the near bone dry track encountered by everyone on the formation lap, Mercedes' decision not to bring in Hamilton appeared bizarre and ultimately forced the seven-time world champion to pit a lap later which started an afternoon chase from behind.

After the race in which Hamilton finished third, Mercedes team boss Toto Wolff insisted the Brackley squad had actually made the right call not to pit the Briton.

But in Mercedes' race debrief on YouTube, technical director Mike Elliot admitted that the team's strategists had indeed made the wrong choice. 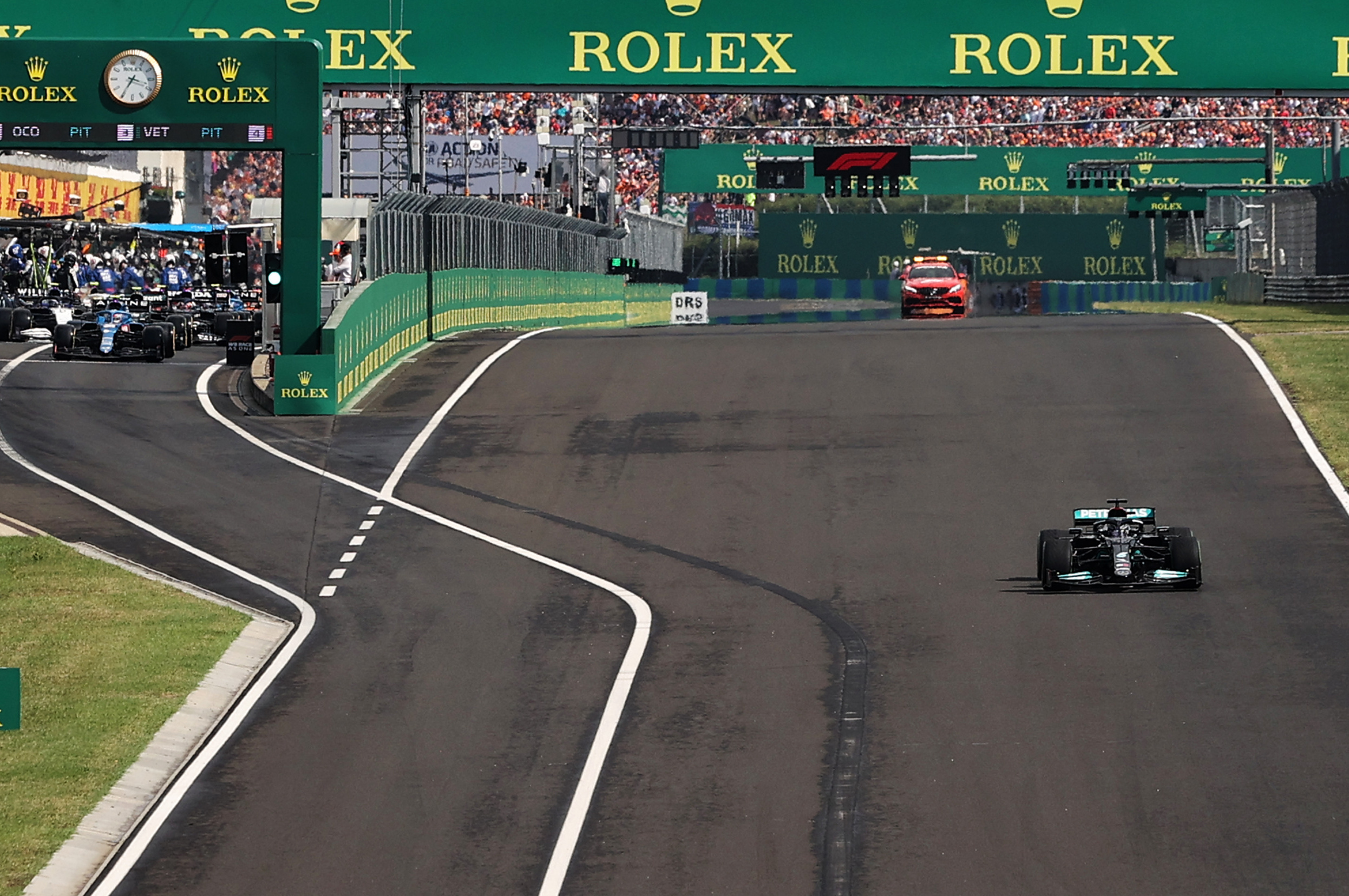 "Clearly in hindsight we made the wrong choice, but you have to bear in mind those decisions are really, really tricky," said Elliot.

"We agonised over what tyre to fit at the very start of the race, as it turned out the inter was definitely the right choice because it started raining on the lap to the grid.

"We agonised over what tyre to fit after the red flag and clearly all of the cars fitted inters. And on that lap to the grid, even though all the drivers had fitted inters, clearly others decided to change their mind and we should have too.

"But the reality is, it’s actually more difficult for us as a team than it is for the other teams. When you are the front car, you can’t see what everybody else is doing.

"You are the lead car. When you are further back in the chain, you can see what others have done and you can change your mind accordingly. You can use that new evidence to your advantage."

Despite the wrong call, Eliott explained that bringing Hamilton in at the end of the formation lap would not have played to the latter's advantage as the Briton would have remained stranded in his pit box while the queue of cars rolled by.

"The second problem for us is that we have the first pit box in the pit lane," Elliot explained.

“The second problem with that or same problem, but another way of looking at it, is if we had tried to force our way out into the pit lane we could have collided with another car and we actually saw that happen in that sequence of pit stops."

Domenicali: Formula 1 determined to show US fans 'who we are'