Williams F1's remarkable success at the Hungarian Grand Prix has propelled the team to eighth place in the constructors championship after 11 rounds of a planned 23-race season.

Nicholas Latifi is currently classified as having finished last week's in seventh place with team mate George Russell just behind in eighth, meaning a combined team tally of ten points.

It's the squad's first championship points since Robert Kubica finished in tenth place on the 2019 German Grand Prix and has significant financial ramifications in terms of how prize money is shared out at the end of the year.

But it's bad news for Alfa Romeo, who have been pushed down to ninth place in the standings with a total of just three points. It means they have a lot of ground to recover when racing resumes after the summer shutdown.

“It will be not easy but I think it’s possible," stated the team's head of trackside engineering Xevi Pujolar this week. "And we’ll try!

"The difference in points is not huge and still a lot of races to do so I think we can do that.”

Mayhem at the start of last Sunday's race triggered by late-braking mistakes from Valtteri Bottas and Lance Stroll helped Latifi carve a path up to third place, despite starting behind both Kimi Raikkonen and Antonio Giovinazzi on the grid.

“I think at the end of the day it could have been much worse, from where they were at the beginning," Pujolar commented.

“We had a chance there, even if they were both ahead," he said. “We wanted both cars in Q2 and in front of Williams so we were very well positioned, but after lap one that was gone.

"We delivered the best overall qualifying performance of the season but the opening stages were chaos," pointed out team principal Frédéric Vasseur. 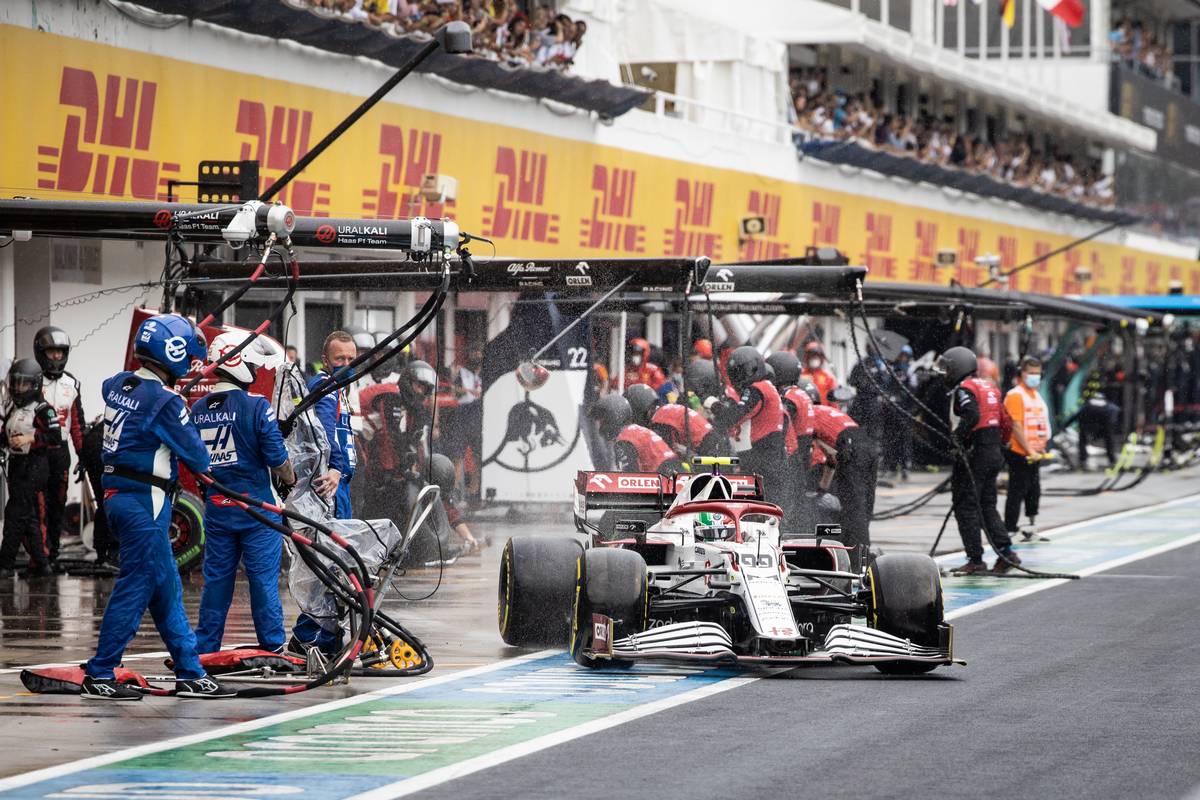 "We got blocked in turn one, trying to avoid the start incidents, and we had to recover from the back of the field on a track where overtaking is very hard."

There had been only modest gains at the start from Kimi Raikkonen while Antonio Giovinazzi had to start from pit lane after making a late tyre change.

Giovinazzi was then handed a penalty for speeding on pit lane, while an unsafe release for Raikkonen earned the Finn a ten second stop-go penalty.

"Unfortunately, a collision with [Haas' Nikita] Mazepin and a speeding in the pitlane offense meant that both Kimi and Antonio received penalties," Vasseur commented.

"We looked quite okay until the penalty, which pretty much compromised our race," confirmed Raikkonen who said there had been an issue with the team's traffic light release system.

"We ended up colliding with Mazepin. Up until the penalty. We were deep in the points, but making it back from the bottom was just too much.”

With only 13 cars classified as finishing at the Hungaroring, it was a golden opportunity for some of the smaller teams to take advantage, as Williams went on to prove but which Alfa failed to do. 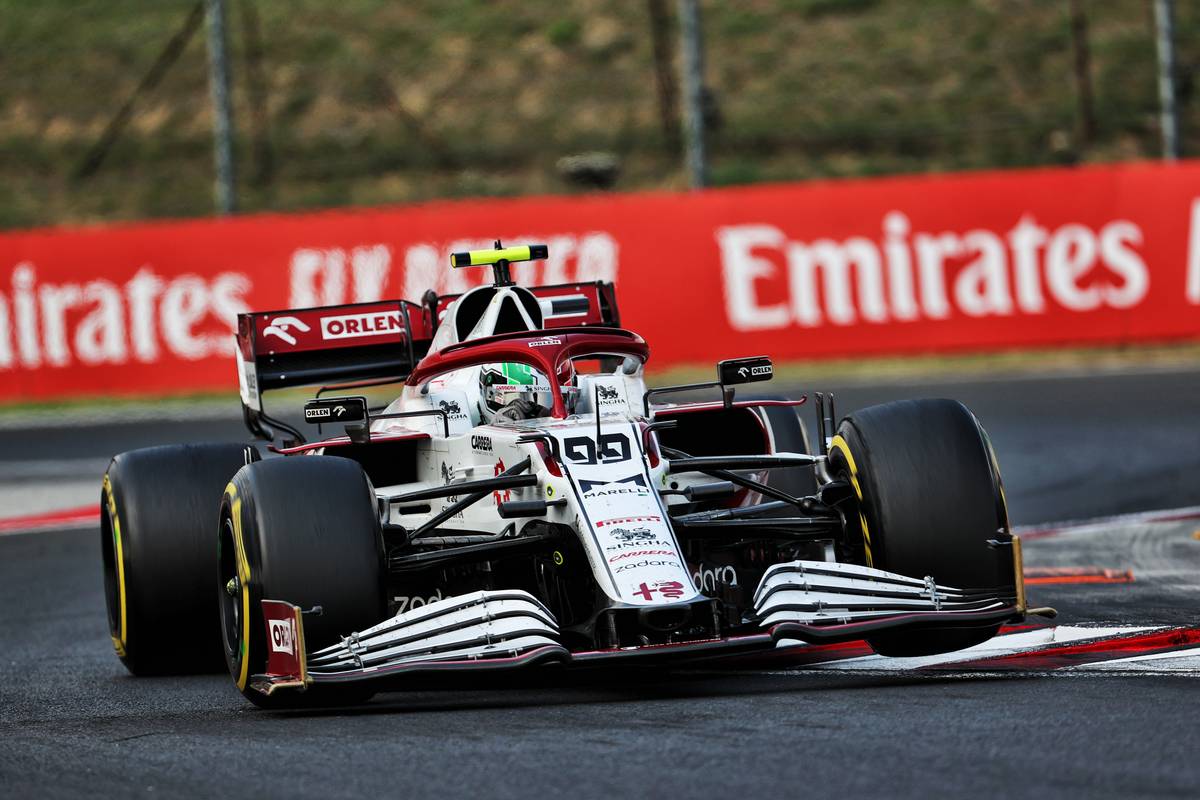 "It just wasn’t our day," said Giovinazzi. "It was a race where we had the chance to bring home a good result and we didn’t.

"When in clean air we were pretty good so it’s disappointing not to finish in the points," he added. "[But] there are still many races to come after the holidays and we will not give up.”

"We weren’t able to turn this chance into points at the end," Vasseur agreed. "It’s a shame as it was an opportunity to score big points.

"But we keep working hard, knowing we will have more opportunities in the second part of the season.”

The championship situation could still change depending on the outcome of Aston Martin's appeal for Sebastian Vettel's disqualification for having insufficient fuel at the end of the Hungarian Grand Prix.

If Vettel is reinstated, Latifi would drop to eighth and Russell to ninth, meaning that their points would be trimmed to six. Alfa would also lose the single point taken by Kimi Raikkonen for tenth.

That would mean Williams stay in eighth place on six points, with Alfa ninth after taking a single point in both Monaco and Baku.

Haas F1's Mick Schumacher and Nikita Mazepin remains the only drivers so far this season to fail to finish in the top ten in any race.