Veteran Formula 1 engineer Jock Clear says that he has no doubt that Ferrari driver Charles Leclerc is up to the intense pressure of fighting for a world championship.

The 23-year-old Monegasque made his F1 debut with Sauber in Australia in 2018 and earned a rapid promotion to Ferrari the following season. He's since gone on to clinch two race wins (at Spa and Monza) and a total of nine podium positions over the course of 69 race starts.

However he's yet to finish in the top three in the drivers championship, with his best result being fourth in 2019. This season he's currently in seventh place after 11 rounds, trailing his new team mate Carlos Sainz by three points.

However, Clear - who now works for Ferrari helping to develop drivers in the squad's Driver Academy like Leclerc, Antonio Giovinazzi and Mick Schumacher - has no doubt that Leclerc is ready to fight for the title once he's got the hardware to allow it.

“My initial reaction is, ‘God yes, he is absolutely ready’,” Clear told the official Formula 1 Beyond The Grid podcast this week.

“You have to balance that with there is no substitute for actually being in that position where ‘Oh my God, I could win a championship here’", he added. "That is a different level of pressure.

"All I can say at the moment is he’s managed and coped with every other level of pressure so far," Clear explained.

"Yeah, he’s made mistakes. People might say, ‘He made loads of mistakes in his first year’. Yes he did, but all drivers are going to make mistakes.

"Max [Verstappen] has made lots of mistakes in his earlier career, but nobody’s telling me that Max isn’t ready to win a championship.

“All I’m saying is, so far he’s met every challenge and been up for it and been strong enough to move forward from those mistakes. 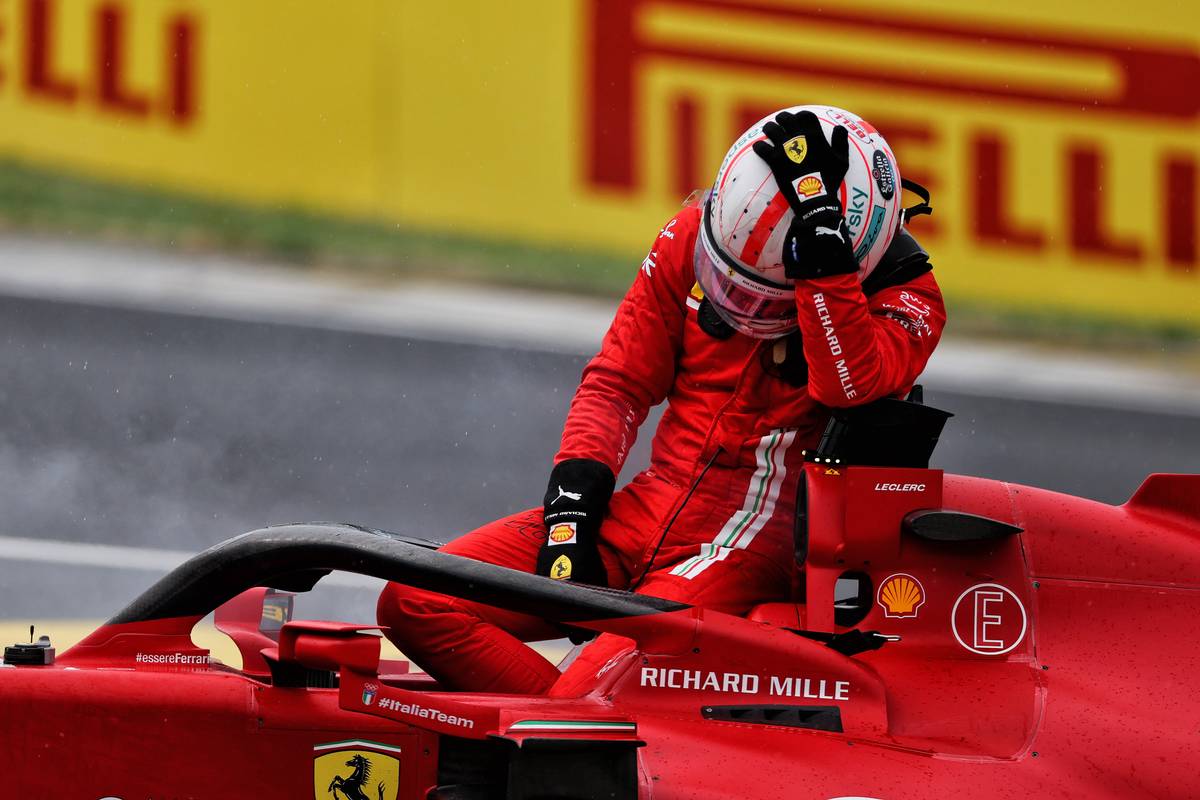 "Will he cope with that? Yes, he absolutely can cope with that. He’s not going to crumble when he drops it in qualifying and has to start from P13 or whatever.

"He’ll swallow it, deal with it and the next race come back and put it on pole," he said, adding that in his view Leclerc's most formidable asset was undoubtedly his mental toughness in such situations.

Clear pointed to how Leclerc had coped with the pressure to win the GP3 title in 2016 and then the Formula 2 title the following year when he was still a few days shy of his 20th birthday, cementing him a place in F1.

"It was intimidating for Sebastian Vettel when he got here with four world championships. That is intimidating stuff," he added. “And how he’s carried himself, pretty much from day one.

Ricciardo is latest convert to benefits of sim racing