The Toyota Gazoo Racing squad has cruised to a fourth consecutive Le Mans 24 Hours win, with victory in the 89th running of the iconic event going to the marque's #7 car for the first time in the inaugural race of the new Hypercar era.

That means it's the first overall race title for the long established driver line-up of Kamui Kobayashi, Mike Conway and Jose-Maria Lopez after years of playing second fiddle fo the #8 entry.

The car had started from pole position and survived the mayhem of treacherous conditions in the first hour to settle into a lead that rarely looked to be under significant threat at any stage despite the odd minor scare.

By contrast, the sister car had to survive early drama when it was spun by contact on the first lap with the #708 Glickenhaus 007 LMH, went off at Arnage and then had to stop on the Mulsanne Straight to reboot its onboard systems.

Drivers Kazuki Nakajima, Sebastien Buemi and Brendon Hartley soon recovered to second place after pushing the #8 to the limit, but any possibility that they could still snatch a win faltered when the car developed a fuel tank issue forcing more frequent pit stops and dropping two laps behind by the finish.

The #36 Alpine Elf Matmut entry shared by Nicolas Lapierre, Andre Negrao and Matthieu Vaxiviere also hit early problems but it wasn't long before they had displaced their two Glickenhaus rivals to claim the final spot on the podium on Sunday afternoon.

Compared to a calm cruise to the finish for the Hypercar leaders, there was late drama in LMP2 when the #41 Team WRT driven by Louis Deletraz, Robert Kubica and Ye Yifei stopped at Dunlop on the final lap five minutes away from the chequered flag, handing victory to the stablemate #31 car in the hands of Robin Frijns, Ferdinand Habsburg and Charles Milesi. 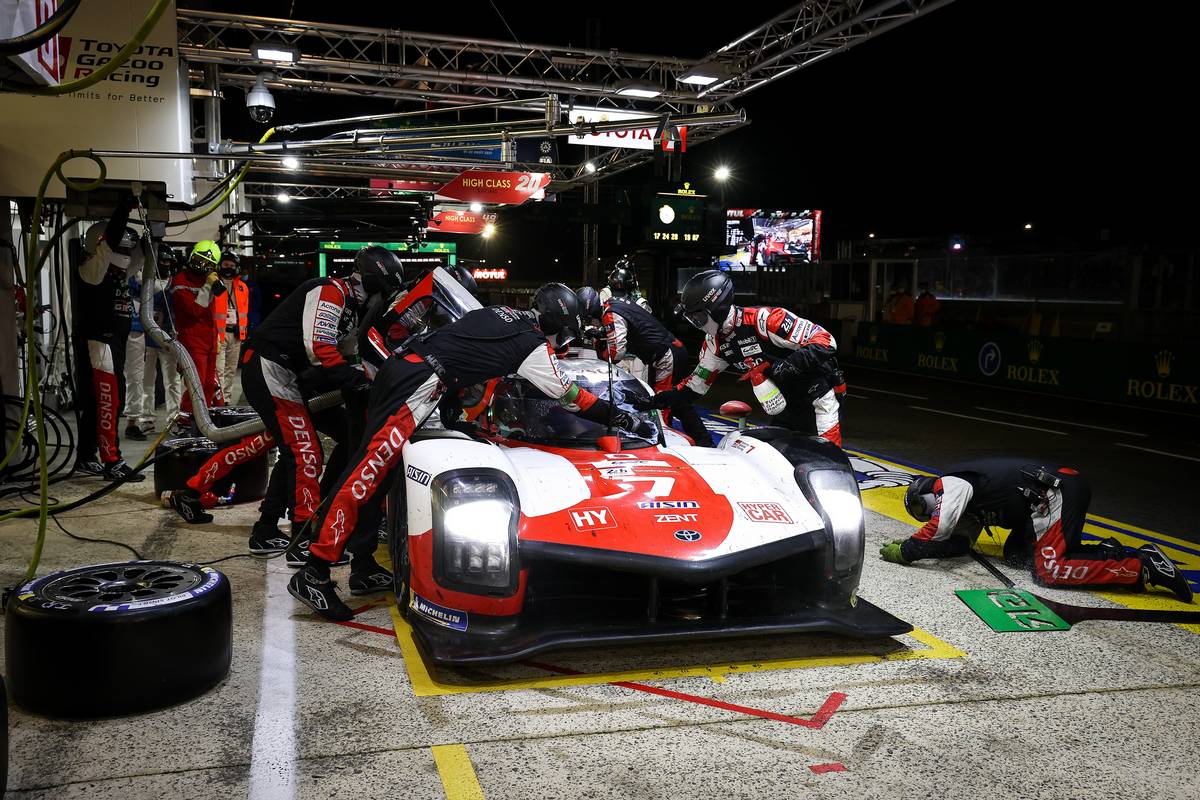 However their winning margin was just seven tenths of a second, with the #28 Jota car crewed by Tom Blomqvist, Sean Gelael and Stoffel Vandoorne cutting into the lead before just running out of time before being able to claim the class win.

With the #41 failing to finish, the final place on the LMP2 podium went to the #65 Panis Racing car shared by Will Stevens, James Allen and Julien Canal.

In the GTE-Pro category, an epic Ferrari/Corvette clash was finally decided in favour of the the #51 AF Corse Ferrari of James Calado, Alessandro Pier Guidi and Come Ledogar who managed to pull away from the field in the closing hours. It's the fourth win for Amato Ferrari and Co. in the class.

Nicky Catsburg, Antonio Garcia and Jordan Taylor had to settle in second place in the #63 Chevrolet Corvette with third place going to the #92 factory Porsche 911 RSR-19 and drivers Neel Jani, Kevin Estre and Michael Christensen.

That was after the longtime leading contender, the #52 AF Corse driven by Sam Bird, Daniel Serra and Miguel Molina suffered a puncture on Sunday morning meaning they finished sixth in class (44th overall).

Fourth place in class went instead to the #91 Porsche comprised of Gianmaria Bruni, Richard Lietz and Frédéric Makowiecki despite the car suffering extensive rear and underfloor damage due to a brake issue with just over an hour of the race to go. 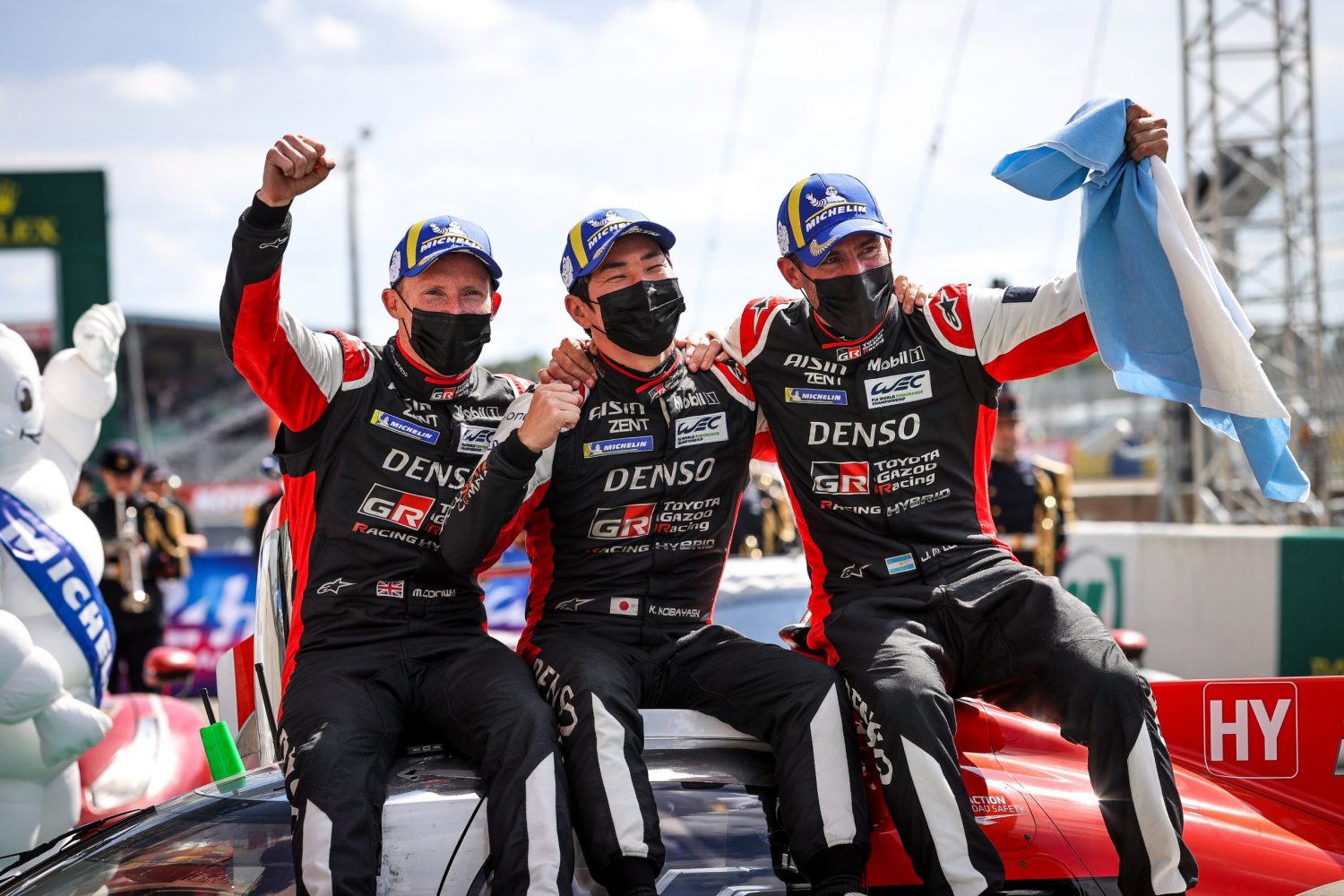 The GTE-Am battle was dominated by the #83 AF Corse Ferrari of Nicklas Nielsen, Francois Perrodo and Alessio Rover which came out on top overnight after a tense battle with the #33 TF Sport Aston Martin and drivers Ben Keating, Felipe Fraga and Dylan Pereira.

Final place on the class podium went to the #80 Iron Lynx Ferrari with Callum Ilott joined by co-drivers Matteo Cressoni and Rino Mastronardi.

The race saw 13 cars of the 61 that started listed as stopped or retired, with perhaps the most notable casualty being that of the #1 Richard Mille Racing Oreca when Sophia Flörsch suffered multiple impacts after being initially spun by contact with the #26 G-Drive Aurus.

“I was behind Sophia Flörsch in the Richard Mille car," reported young Argentine driver Franco Colapinto. "As I was overtaking her, she dropped two gears. With the deceleration, I had no time to react and I hit the rail. We were lucky no one was hurt.”

The stricken #1 subsequently hit by the unsighted #74 Racing Team India Eurasia Ligier JSP217. Neither driver was injured but Flörsch was unable to get the car restarted and duly retired, while the #74 managed to limp back to pit lane for repairs.

The #32 United Autosport Oreca was also forced to retire after a separate incident in which Manuel Maldonado lost control and crossed the gravel trap, before making contact with the sister #23 car that was in the hands of Paul Di Resta at Dunlop.