Alexander Rossi and Pastor Maldonado are both in the frame for a move to IndyCar after losing their F1 seats.

Maldonado was dropped by Renault after problems between the team and sponsors PDVSA, while Rossi lost out on a drive at Manor as the team opted for Pascal Wehrlein and Rio Haryanto as its race drivers. With Gabby Chaves losing the #98 Andretti Autosport-BHA seat in 2016, Bryan Herta says he is looking at those who missed out on F1 drives as well as J.R. Hildebrand.

“We have a shortlist of people we've spoken to – and J.R. is one of them – but it also includes drivers who are no longer in Formula 1 this year, or thought they were going to have Formula 1 rides but now don’t," Herta told Motorsport.com.

“I’ve been involved with the discussions between Andretti and the potential drivers, and right now I’d say there are three or four guys on the shortlist, and two serious ones. And the next 24 to 36 hours will be critical as to which way it goes.”

While Herta would only confirm he has previously spoken to Maldonado, when asked if Rossi is one of the ex-F1 drivers he is considering, he replied: “That would be a good guess.”

Will Stevens could also be in the frame after losing his Manor drive, with all race seats now taken in F1.

Schumacher moves to Prema in Formula 4 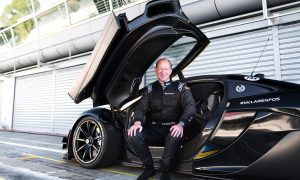