Mercedes' Valtteri Bottas will start Saturday's sprint qualifying race from the top spot with team mate Lewis Hamilton having to settle for second place ahead of Max Verstappen and Lando Norris on the second row.

But while Bottas will line-up at the front in the sprint race, he will have to start the Grand Prix itself from pit lane after Mercedes confirmed he will incur penalties for deciding to expand his pool of available power unit components by taking as many new parts as possible.

Daniel Ricciardo confirmed McLaren's strong pace at Monza by finishing fifth fastest ahead of Pierre Gasly, with Ferrari's Carlos Sainz and Charles Leclerc sharing the fourth row despite engine issues for the Monegasque. 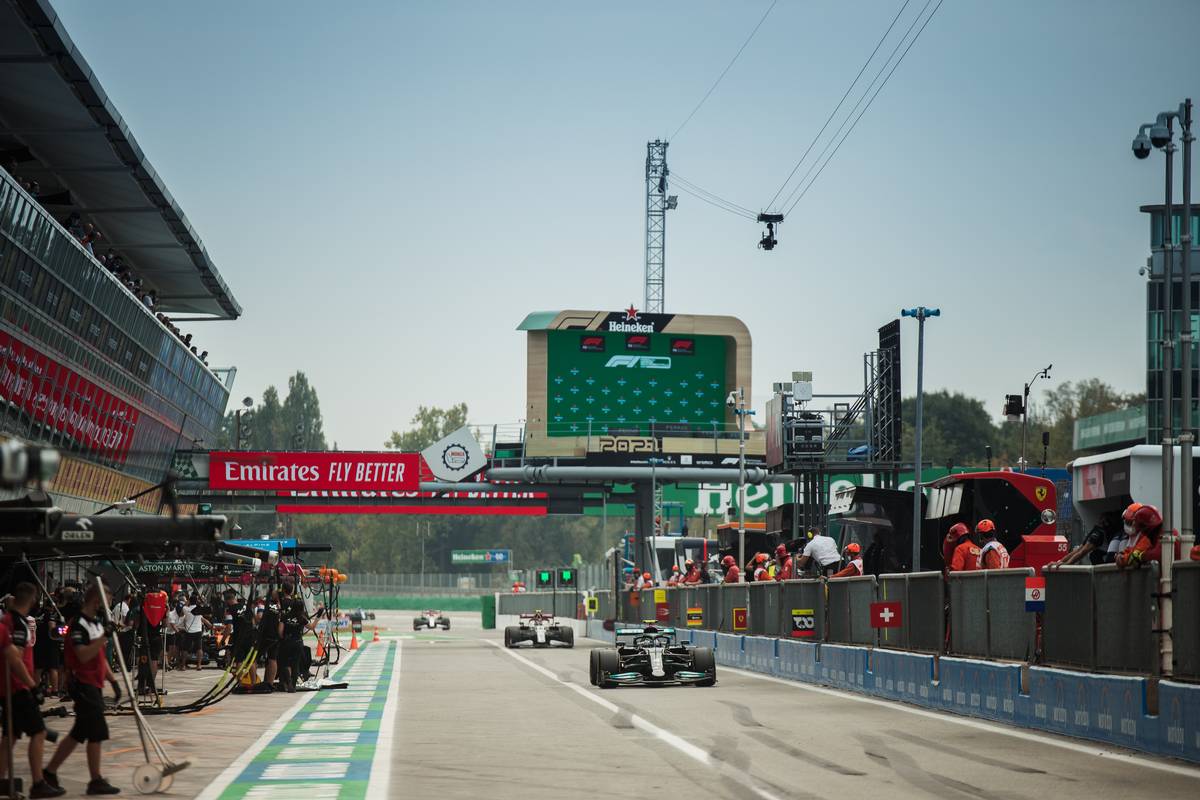 The second weekend to feature the new sprint qualifying format meant that - despite being Friday afternoon and just a few hours after first practice - it was time to get qualifying underway in glorious late summer conditions. Prior to the session race control had also decreed a new minimum lap time in an effort to stop the usual shenanigans of drivers jockeying for position on warm-up laps to the point where they practically parked on the final corners. But would it actually make any difference?

After a short delay following the green light to get the first round underway, home favourites Ferrari were first out on track with Charles Leclerc leading his team mate Carlos Sainz onto the iconic Autodromo Nazionale Monza. Everyone was required to use soft tyres today, with a free choice of compound for tomorrow's sprint and Sunday's race.

Max Verstappen was soon at the top, but he was quickly pushed aside by McLaren's Lando Norris posting a time of 1:21.681s almost half a second quicker. Sainz was third fastest thanks to a tow from Leclerc followed by Yuki Tsunoda and Williams pair George Russell and Nicholas Latifi. However Haas' Mick Schumacher was the first driver in the session to fall foul of track limits, heading back to pit lane without setting an initial time.

The times were soon tumbling, Lewis Hamilton punching in a new session best so far of 1:20.543s. It was 0.261s quicker than Mercedes team mate Valtteri Bottas, with Daniel Ricciardo third ahead of Pierre Gasly and Antonio Giovinazzi pushing Norris down to sixth. Verstappen was ready to put in a new flying lap when he found the track ahead effectively blocked by the two Alpines of Esteban Ocon and Fernando Alonso. 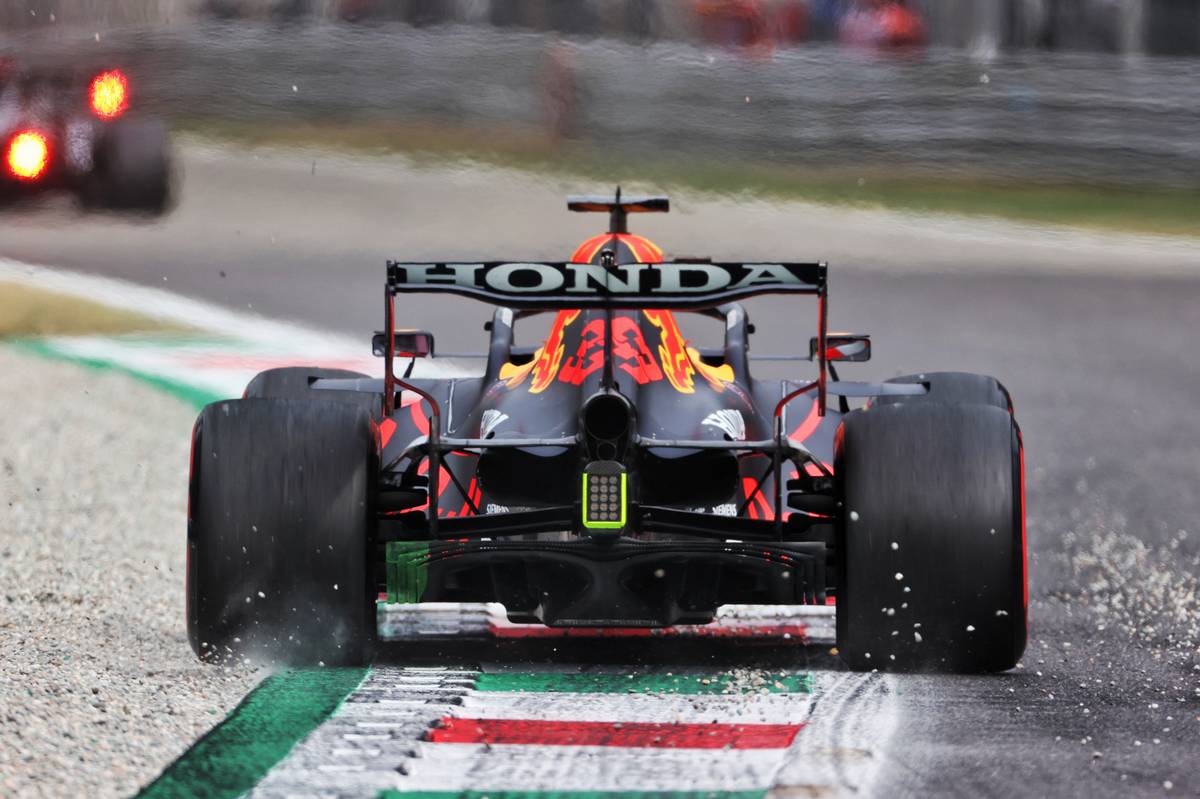 However Verstappen was soon able to bounce back and his next lap was good enough for third place. Sainz was back up to fourth ahead of Leclerc, who was reporting an engine braking issue on the Ferrari: "It's so difficult to drive, so difficult," he declared over the team radio.

Mercedes were first to head out for their final flying laps of Q1 but behind them it was a packed, confusing situation with everyone managing to fall over everyone else in their desperation to get to the line and start their own push laps. Only Verstappen, Sainz, Leclerc and Gasly felt secure enough to sit things out on pit lane.

A late improvement by Ocon jumped the Alpine out of the elimination zone and through to Q2 in 14th place. Tsunoda also improved on his lap but exceeded track limits at the very final corner. It meant that the time was deleted, dropping him back into the bottom five, directly benefitting Russell who had already been told he was out by the Williams pit wall but who had now received a reprieve and progressed in 15th place.

Latifi was just on the other side of the cut meaning that he joined Tsunoda, Schumacher, Robert Kubica and Nikita Mazepin on the sidelines for the rest of the afternoon. Mazepin had earlier been involved in a pit lane 'near miss' when the Haas pit crew released him into the path of Leclerc, an incident 'noted' by the race stewards but with no further action ultimately taken. 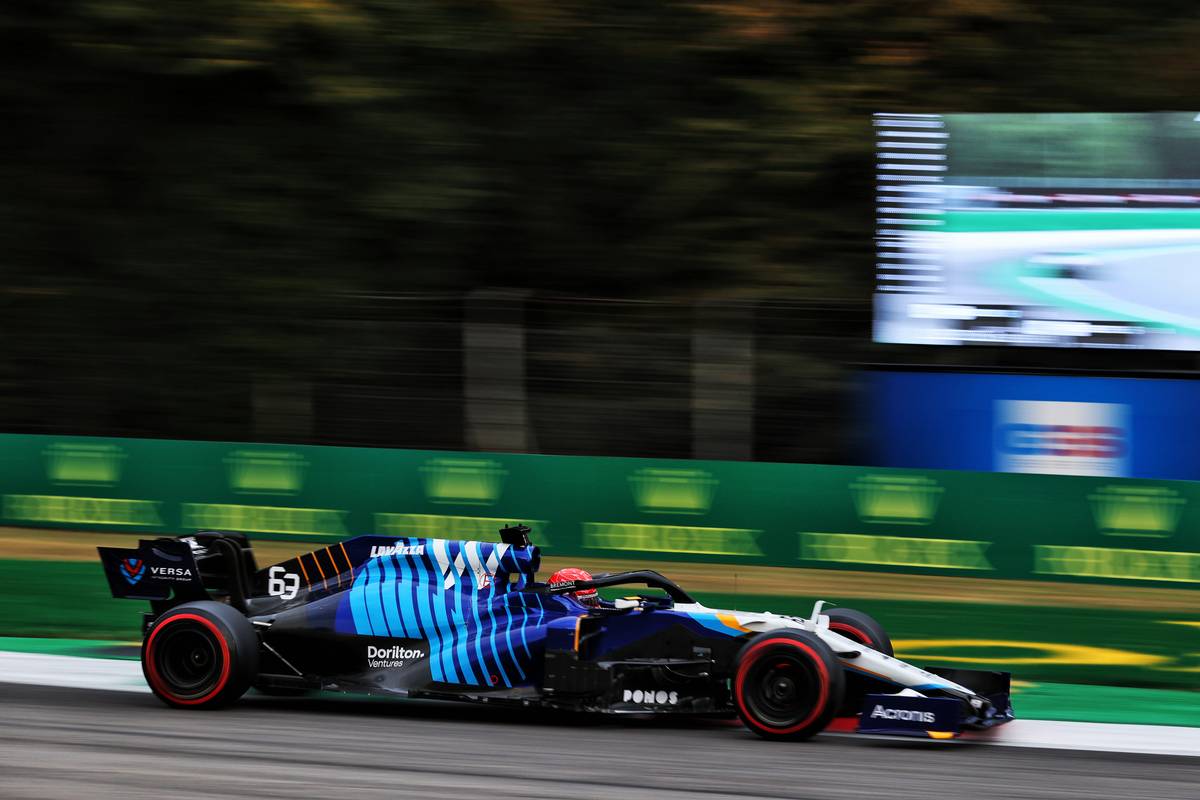 As Q2 got underway this time it was Red Bull team mates Max Verstappen and Sergio Perez who were quick to head out, planning on trying to use the slipstream to maximise their effectiveness. The two Mercedes drivers were similarly flying in formation.

Hamilton was the quickest of these early runs with a time of 1:19.936s, under a tenth quicker than Bottas. Norris and Ricciardo slotted into third over four tenths behind followed by Gasly. Verstappen was only good enough for sixth ahead of Giovinazzi, Stroll, Leclerc and Perez, leaving Ocon leading those at risk of elimination which also included Sebastian Vettel, Carlos Sainz and George Russell, with Fernando Alonso yet to set a time.

An extended lull followed, with teams holding their cars on pit lane before releasing them all together with just under three minutes left on the clock. Mercedes seemed confident enough to go out on used soft tyres but Red Bull felt the need for fresh rubber, Verstappen once again incensed by how slow everyone was crawling down pit lane ahead of him. He wasn't alone: Hamilton fell over Vettel when Aston Martin released its car just ahead of him.

Verstappen's time was good enough to move him up to third place ahead of the two McLarens, safely through to the final round even when Norris found a little more time to take third back a few seconds later. Ricciardo remained in fifth from Gasly, Giovinazzi and Sainz, while Leclerc survived in ninth despite his ongoing engine distractions. Last man through was Perez by just three hundredths from Vettel who was eliminated along with team mate Stroll, Alpine pairing Alonso and Ocon, and Williams' Russell. 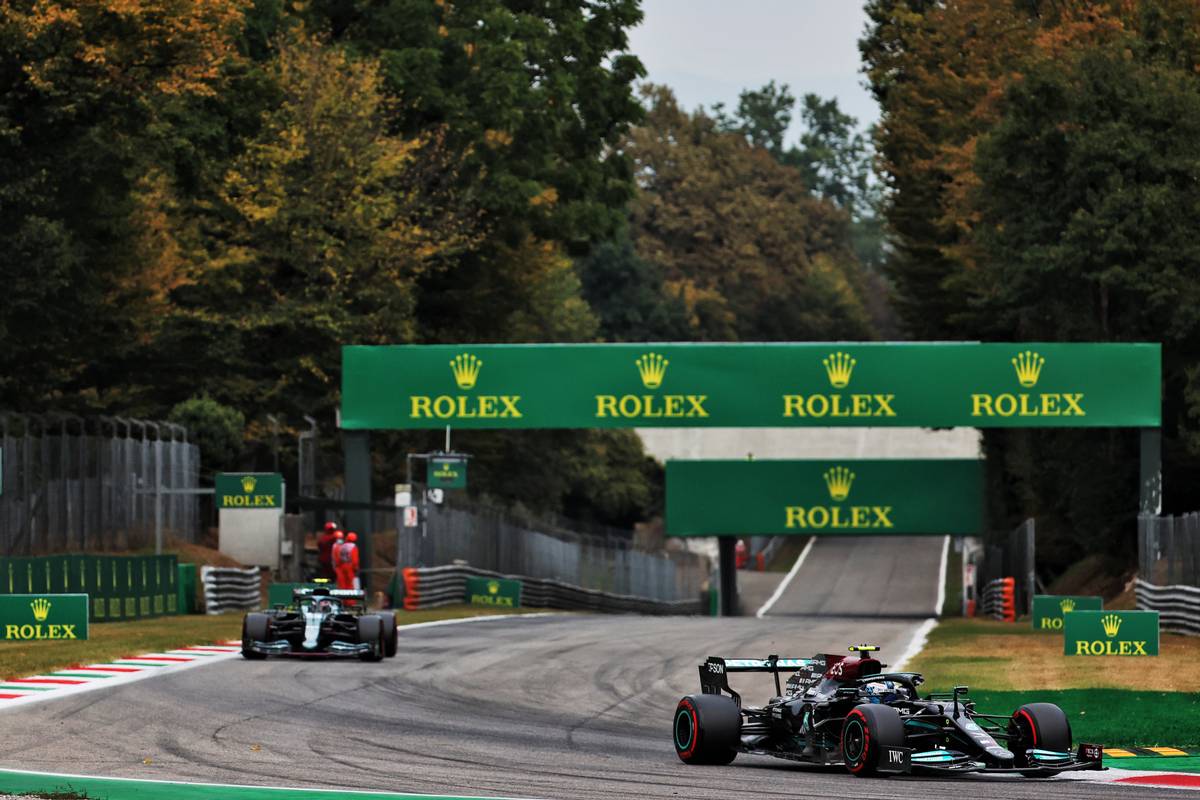 Heading into the final top ten shoot-out, Mercedes looked very much in charge while the major dispute was over ownership of the second row between Verstappen and the McLarens of Norris and Ricciardo.

First time round it was the Australian who was having to tow his team mate around while Sainz was helping Leclerc. Bottas kicked up gravel on his flying lap meaning he was half a second slower than Hamilton who had managed to set a time of 1:19.949s, 0.017s ahead of Verstappen who was ahead of the two McLarens with Bottas dropping to fifth ahead of Gasly (assisted on this run by Perez) and Leclerc, followed by Sainz and Perez who were hoping that their turn would come next time out. With his stand-in Alfa Romeo team mate Kubica long gone from the proceedings, Giovinazzi sat out this first run and pinned all his hopes on one final effort at the end of the session.

The Red Bulls were again quick to get back to work, Perez leading Verstappen, followed by Gasly in the sister AlphaTauri car. Sainz, Giovinazzi and Leclerc made an all-Ferrari train leaving the final foursome of Ricciardo, Bottas, Hamilton and Norris intriguingly interweaved.

Bottas emerged with the best boost, going top with a time of 1:19.555s which was a tenth too quick for Hamilton to match while Verstappen held on to third ahead of Norris and Ricciardo. Gasly had looked like a challenger for the top spot but ultimately crossed the line just sixth fastest, followed by the Ferraris of Sainz and Leclerc with Perez just ahead of Giovinazzi.