The FIA is set to investigate why Carlos Sainz's seatbelts stretched upon his car's impact with the wall at Monza, allowing the Ferrari driver to be projected forward.

Sainz crashed in the middle section of the Ascari chicane in Saturday's practice and hit the inside barrier almost head on. Onboard footage showed the Spaniard being thrown forward as a result of the significant impact.

It's unclear if the Scuderia charger's helmet hit the steering wheel but the magnitude of the forward thrust was unusual enough for both Ferrari and the sport's governing body to conduct independent investigations into the incident in which Sainz was fortunately uninjured.

FIA race director Michael Masi said that it is not unexpected for seat belts to slightly stretch during a forward impact, as this helps the human body cope with the brunt. 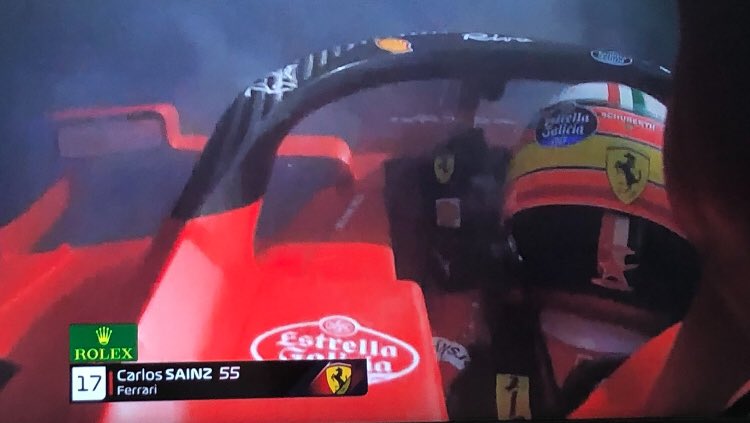 "I think the belts are made to stretch," said Masi. "You've got a human body in there, so there's got to be some give.

"You can't just keep everyone completely tied in because there has to be a bit of give in things.

"So we will look at the belt stretch, as we do with any major incident, or significant incident like that, and see what we can learn from it. You know, can it be improved? Let's have a look?"

There were suggestions that Sainz's HANS device - which is designed to prevent the neck from travelling forward – may have snapped off in the crash, but the Ferrari driver was adamant that had not been the case.

"No it didn't," said Sainz. "It was just that the impact was so heavy that my head went forward a lot and I took a bit of the belts with me, but not the HANS."

Masi said that systematically investigating accidents that occur during the F1 weekend is a crucial element of safety development in the sport.

"I'm always encouraged by all of the safety features and the ever improvement with safety that we have," said the Aussie.

"You look at Carlos's incident in FP2. Although it didn't look like much, it was quite a severe impact.

"Be it halo, be it equipment, be it car design, everything, there's always that constant evolution of improving safety as a whole."