Lewis Hamilton says he'll likely visit a medical specialist ahead of next week's Russian Grand Prix to alleviate any concerns related to the impact his head suffered in last Sunday's pile-up at Monza with Max Verstappen.

Although the two drivers' collision took place at a very low speed, Verstappen's car bounced off the top of Hamilton's Mercedes, with the Red Bull's rear right wheel destroying the W12's air box before its momentum was fortunately impeded by the car's Halo.

However, Hamilton's helmet still bore the brunt of a partial impact with Verstappen's wheel which led to some enduring neck pain in the aftermath of the crash.

The Briton traveled from Monza to New York after the Italian Grand Prix to take on Monday evening in the Met Gala fundraising event seemingly looking fit and well. 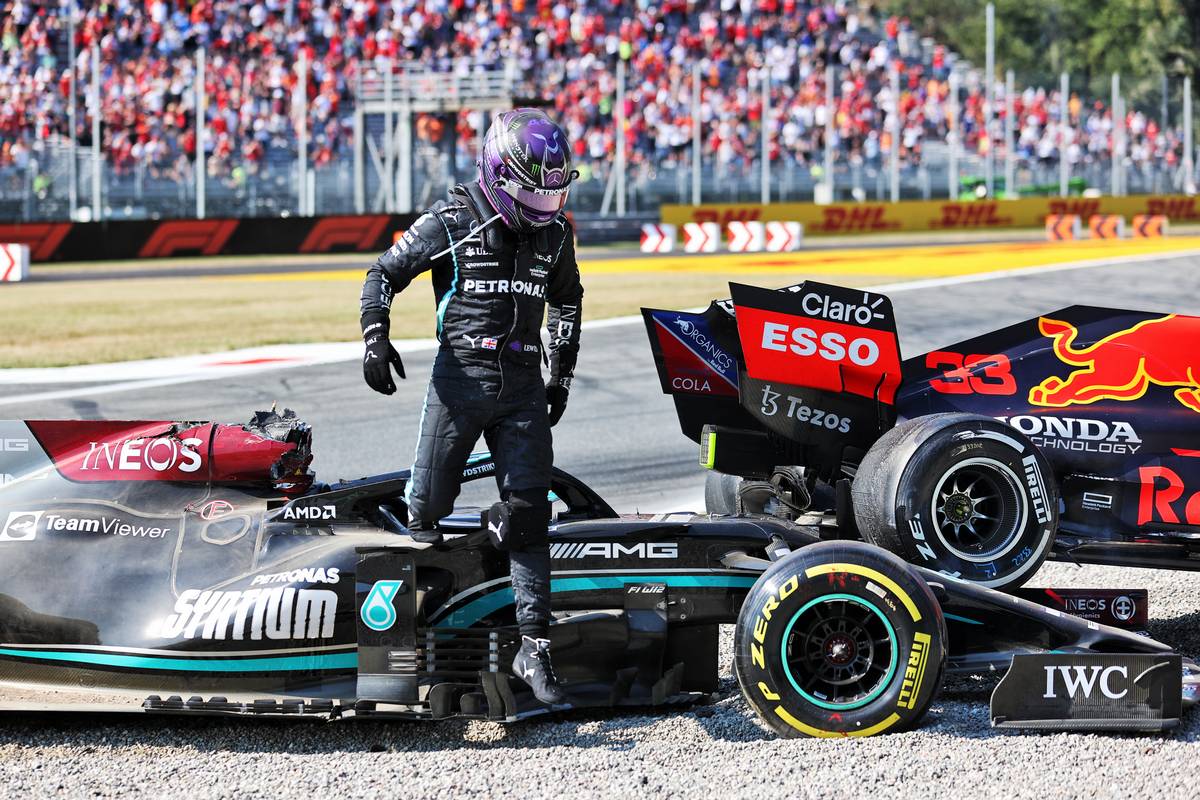 "His rear wheel landed on my head," explained the seven-time world champion.

"I think the rear wheel landed on it, the Halo, and I think the most cambered part of the inside of the tyre landed on my head.

"I think I'm just going to be traveling these next days, but I probably will need to get to see a specialist just to make sure I'm good for the next race, because it's getting tighter and tighter. But I'll live."

Hamilton said that in the heat of the moment, he was unaware of any real pain or the magnitude of the blow, and was only concerned with extricating his car from the gravel trap and rejoining the track.

"Looking back at the footage, it obviously happened incredibly quick, and in the car, all I can think of is getting going and how many positions I'm losing. I'm still just in race mode," he said.