FIA racing director Michael Masi says it's not possible or helpful to compare and contrast the penalties received by Lewis Hamilton and Max Verstappen following recent on-track incidents between the two title rivals.

Hamilton collided with Verstappen on the opening lap of the British Grand Prix, sending the Red Bull into the barriers. He was handed a ten second penalty as a result but still came back to win the race.

Last weekend at Monza there was another controversial clash when the pair made contact as Hamilton emerged from pit lane. This time both drivers were forced out of the race, with their cars locked together in the gravel.

This time the stewards blamed Verstappen for causing the collision, and handed him a three-place grid drop for the next race in Russia which has attracted criticism from many quarters.

Masi explained this week that with Verstappen having retired on the spot it made no sense to give him a time penalty on the day.

"One of the things that we've generally agreed amongst the teams is that a five-second or a 10-second penalty, give or take, is there or thereabouts between the two of them.

"You need to look at it on the basis of if they had continued, it would have been the time penalty in the race. However, they didn't.

"In Silverstone, you can't compare them at all," he continued. "You've got two cars taken out in one incident, versus one car taken out in another incident - as in they stopped, they could not continue to serve the penalty is what I'm trying to explain.

Red Bull manager Christian Horner has indicated that both drivers should have been blamed and penalised the same. 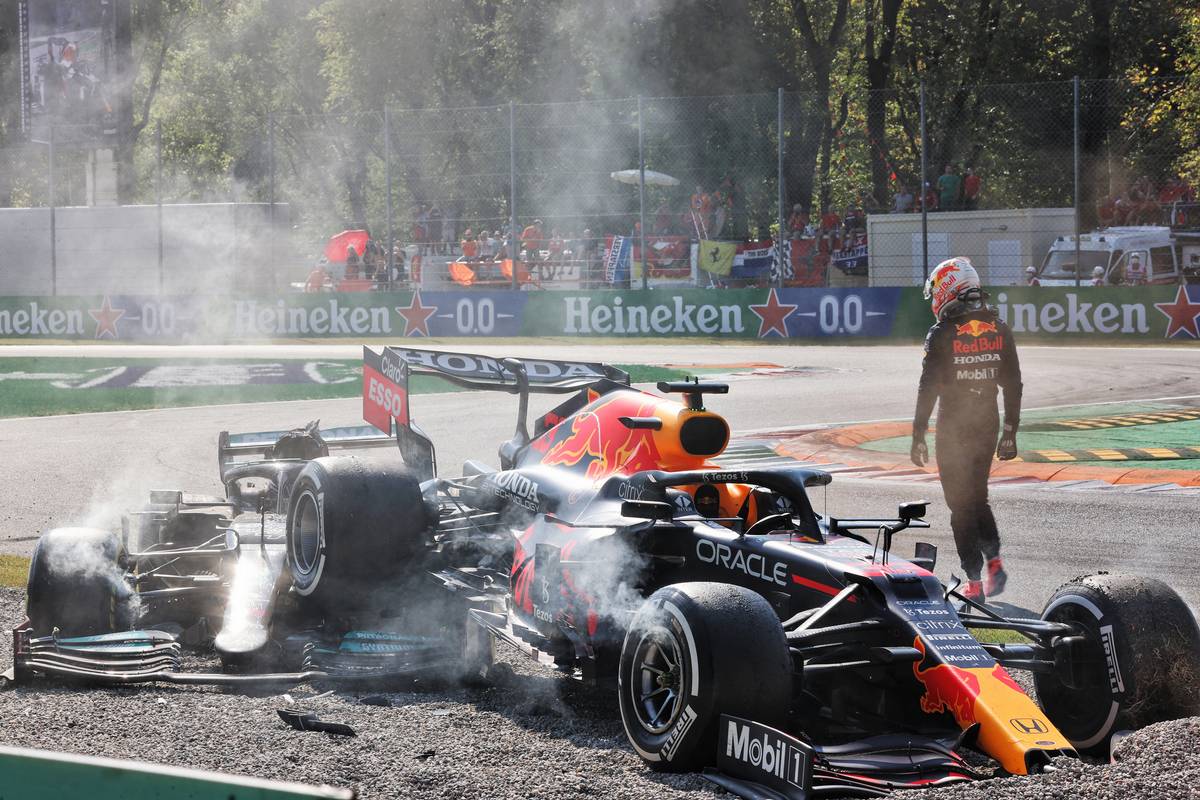 “It was an awkward shunt, but both drivers were instantly able to confirm they were okay," Horner wrote on the official Red Bull website. “I still share the same belief today: both played a part in it and it is difficult to apportion blame to one side more than the other.

“If the FIA wanted to make a statement, they could have imposed the same penalty on both drivers," he wrote. "But the fault was deemed to be more on Max’s side, and because he didn’t finish the race, the only option was to give him a grid penalty, which we accept.”

After two much incidents in recent weeks there'a a concern that the intense rivalry between Verstappen and Hamilton will only grow deeper in the remaining eight races of the 2021 season.

But Masi insists he's not worried about things getting out of hand.

"The pattern of escalation is a perception for some, depending on which person you're looking at supporting," he said. "I think if you ask Christian you'd probably get a completely different perspective on it.

"So you know from that one, I'm not going to get into the games," he concluded. "We have a very close, exciting championship between two fantastic drivers. And that's the part we should all be focusing on."