Promoters for the Miami Grand Prix have announced, as expected, that their inaugural event will take place in early May of next year.

Florida's Magic City will make its grand entry on the sport's calendar with a race held around the Miami Dolphin's Hard Rock Stadium on a 5.41km, 19-turn street circuit that will be known as the Miami International Autodrome.

The event's inaugural race weekend will take place on May 6-8, or two weeks ahead of F1's expected Barcelona/Monaco double-header.

"There has been tremendous enthusiasm and anticipation for this event, and we’re happy to be able to announce the date so that people can start planning for it."

Next year will mark the first time since 1984 that the United States will host two Grands Prix in the same season, with the Circuit of the Americas in Austin hosting its own world championship round in the back half of the 2022 season. 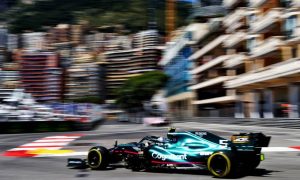