Fernando Alonso says a downpour at Sochi this weekend could create visibility issues as bad as those encountered at Spa last month.

Local forecasts are calling for rain on Saturday along the shores of the Black Sea, with more inclement weather foreseen for Sunday.

Tomorrow's expected heavy downpours at Sochi have even led the FIA Formula 3 Championship to bring forward its first Saturday in Russia to late Friday afternoon.

Alonso fears the venue's flat topography could limit water dispersion on the track and thus create very difficult visibility issues, or conditions similar to those that led to the Belgian Grand Prix at Spa being halted after just a few laps behind the pace car. 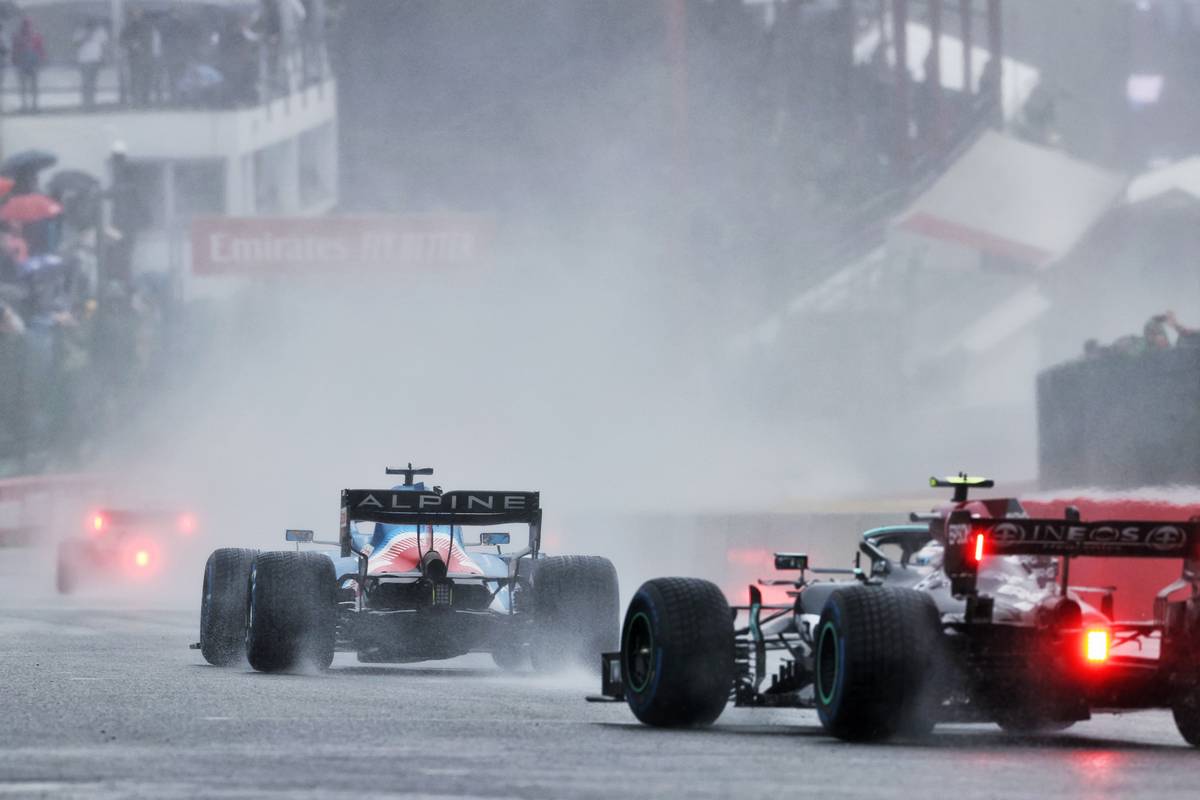 "I think it's a very flat track, there are no elevation changes here, so the water stands quite a lot on track," said Alonso as he recalled a very wet practice session at Sochi back in 2015.

"For Sunday, fingers crossed it's not that wet, or not raining too much, because the visibility will be really bad and we don't want to see anything like Spa."

The Frenchman says he'll seize once again any opportunity resulting from the elements that may come his way in Russia.

"Hungary was not really wet," Ocon said. "Things happened at the start when it was wet, but when we got back on track, it was dry.

"Spa was wet in qualifying, it was wet in the race, but we couldn't race, and we weren't as quick as we wanted to be. So we're gonna have a bit of work to do here again, but it definitely opens up opportunities.

"It works both ways. You can be on the right side of the opportunity or you can be on the wrong side of it. Looking at where we are, it's definitely a positive thing if it rains."