Pierre Gasly says that the AlphaTauri AT02 is proving unexpectedly more difficult to handle this weekend at the Sochi Autodrom heading into the 2021 Russian Grand Prix.

The French driver finished Friday afternoon practice third fastest - but on his final run he managed to dislodge the front wing of his car on a raised sausage kerb at the exit of turn 2.

"So it’s quite busy with the tools inside the car, trying to maximise it," he pointed out, while stressing that he was overall happy with the car's performance so far.

"In terms of performance we are there," he insisted. “That’s the most important [thing]. It’s just harder than usual inside the cockpit - but I don’t mind that as long as we’re fast!

"We had a fantastic day with sixth this morning and third this afternoon. In terms of performance, it seems to work well so I’m really happy with it.

“Inside the car it feels not easy," he acknowledged. "I’m not feeling 100 per cent comfortable with the balance. [There's] quite a few things still to improve,.

"But no, as I say, very positive in terms of performance and it’s good going forward into the weekend,” he said. 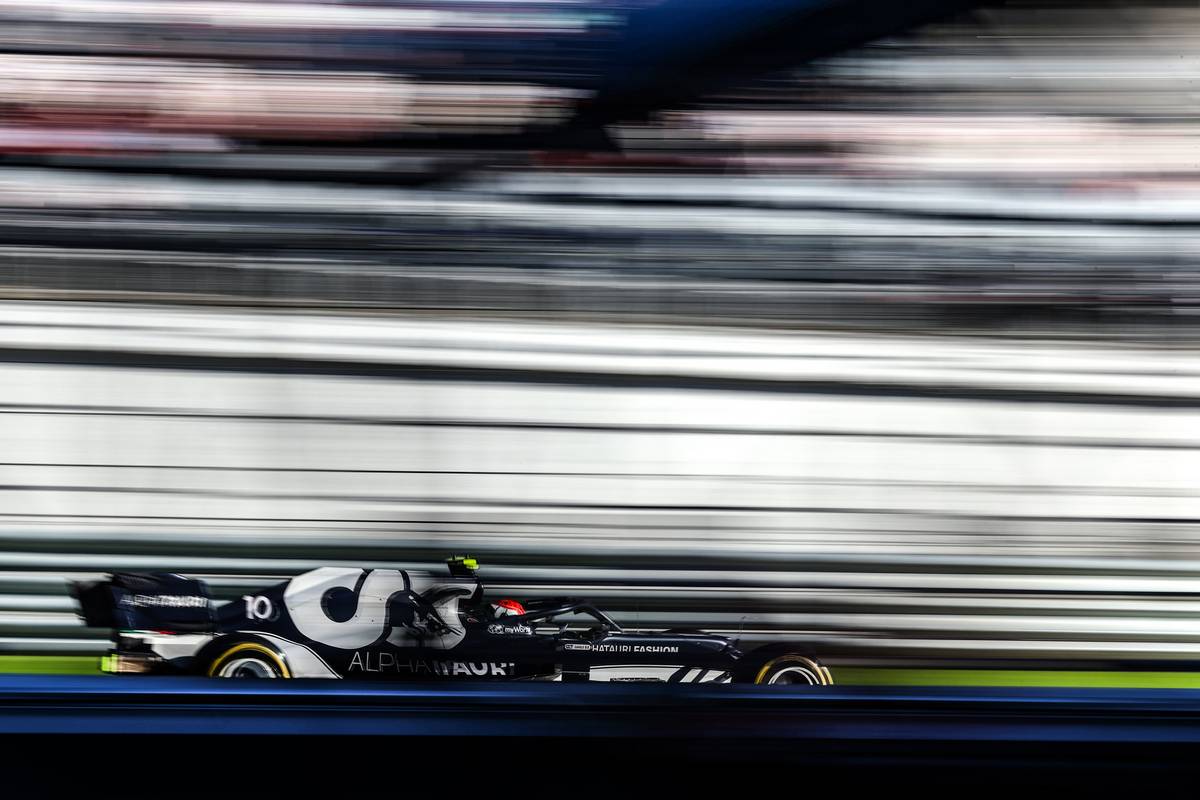 The weekend should offer Gasly an good chance for a strong result, possibly even a podium, thanks to two main rivals starting from the back.

Ferrari's Charles Leclerc and Red Bull's Max Verstappen will both have to find a way through the entire field on Sunday after needing to take new engine components, incurring penalties that mean they will start from the back row.

"We know both Charles and Max are taking penalties for the race, so there are definitely some opportunities for us this weekend," Gasly acknowledged. "Our main focus though is on our own package and maximising what we can do to help in our tight midfield battle.

"At the moment we’re just trying to really focus on our package, and the main target for us is with the two Alpines – they are fast as well," he said. “We saw Fernando [Alonso] and Esteban [Ocon] putting some fast laps, so I expect a tight battle."

AlphaTauri is currently sixth in the constructors championship, nine points behind Alpine.

Meanwhile Gasly's team mate Yuki Tsunoda was only 18th fastest in FP2, almost two seconds slower. "We have to figure out the difference between my team-mate [and me]," the Japanese rookie conceded. "The balance is not too bad, just the general grip.

“My team-mate is doing a really good job, he’s P3, top five, and on the other side I’m in P18 or something like that," he added. "I just have to look more deeply what’s the issues there. Currently I’m quite confused.

“I’ve struggled with the general grip here so far in Sochi, but I’ve managed to gain important mileage in the car today," he noted. We know the performance is there in the car so I just need to go away tonight, look at the data and see how I can improve for tomorrow."